“The figure of Father Arrupe for the Jesuits” – Homily in Hiroshima, August 2, 2019

“When I came to you, proclaiming the mystery of God, I did not come with sublimity of words of wisdom. For I resolved to know nothing while I was with you except Jesus Christ, and him crucified”.

It is a great joy for me to celebrate this Eucharist with you so near the place where Fr. Arrupe arrived in 1942. The young scholastic Arrupe had long asked his superiors to be assigned to the missions, and specifically to Japan. This became a reality in 1938, almost two years after his ordination, landing in Yokohama, and then coming to this place where we are now, to begin his learning of the Japanese language and culture. Here, he began to empty himself of his western customs, to make room for those of the people to whom he was now sent. From that point came a deepening awareness and assimilation of those Japanese qualities he admired so much: the courtesy, delicacy and hospitality; the rectitude, honesty, discipline, self-control, patience and endurance; the capacity for work, sacrifice and a proven resilience to the harshness of life. 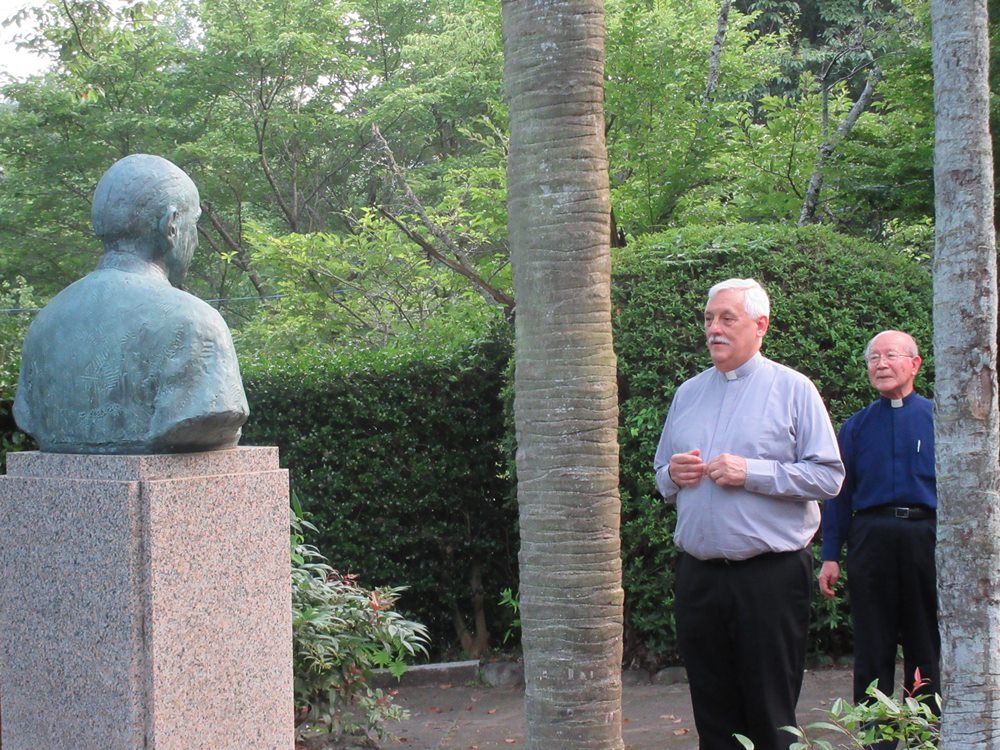 Thus, he became the best “disciple”, willing - as he writes in his Memoirs - to “become like one of them, so that in everything there may be harmony”. He tried to imbibe the Japanese spirit, learning the complicated tea ceremony, the calligraphy, the music of its theatre, in an experience of what was later known as “enculturation”. After this “cultural novitiate”, he recognized that here he was totally in his place, “in my center”, as he expressed it.

His lengthy stay on the hill of Nagatsuka started in 1942, when he was appointed novice master and superior. He was a demanding and humane formator, idealistic and sensitive to the concrete realities, creative and attentive to the traditions of the Society; always leading by example. From Nagatsuka came many Jesuits well prepared for the challenges of mission, as was Arrupe himself.

But it was also here that he came face to face with the suffering after that terrifying experience of August 6, 1945, when the bomb was dropped on Hiroshima. The novitiate became a makeshift hospital crowded with so many of the injured. Father Arrupe’s desk turned into an operating table and his office into a waiting room where the cries of pain could not be restrained. Through all this, the entire community gave everything it had with great generosity.

Years later, Arrupe, reflecting on the discovery of the energy of the atomic bomb, noted how powerful forces have declared themselves masters of the world, eliminating God, and treating other humans as “objects”, instruments for their own personal good, “the ultimate perversion of the human person”. To this negative force, Father Arrupe offered an opposing “apostolic energy” - a favourite expression of his - which was the very same strength that imbued Peter Faber traveling through Europe, to carry out of the mission expressed in today's Gospel: “What I say to you in the darkness, speak in the light; what you hear whispered, proclaim on the housetops”. Likewise, Arrupe went out to the whole world, to tell of his experience in Hiroshima, and to invite everyone to be agents of life and of good, and not of death and destruction. One of the students who heard him in the auditorium of the Areneros school in Madrid was Adolfo Nicolás, who later declared that he had run into a great missionary, “a man of fire”. 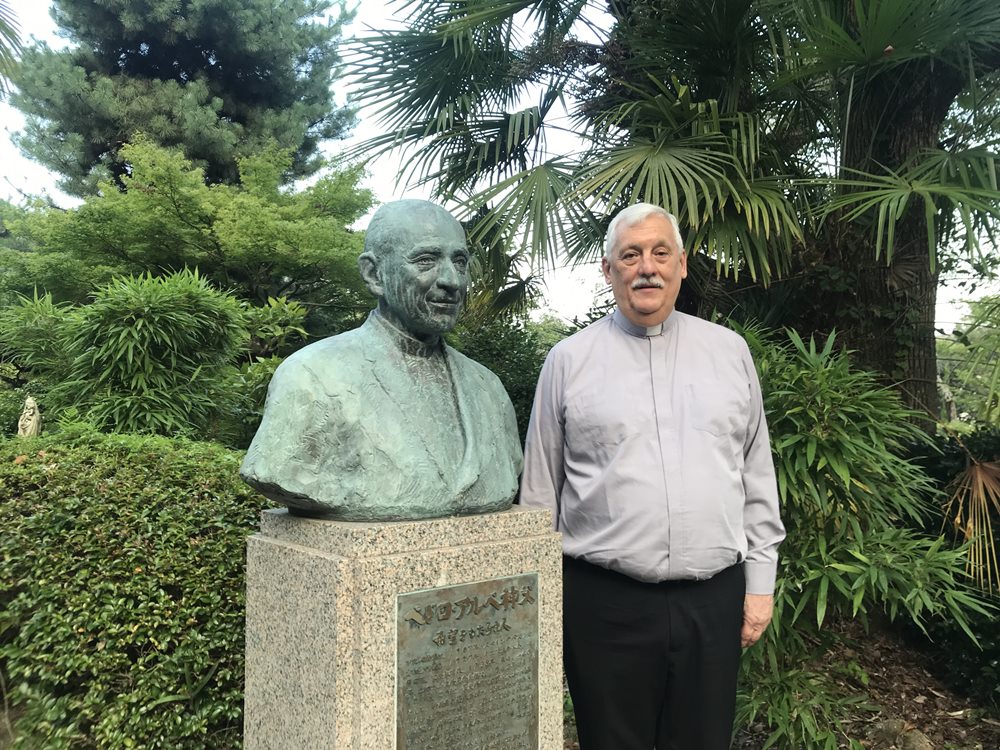 In 1951, looking back, Father Arrupe pinpointed the true source of apostolic energy: “He, in the Tabernacle, knowing everything, contemplating everything”, and waiting for us to take part in the work of rebuilding everything. It was here, from the Heart of Christ, crucified and risen, that Arrupe turned to gain his strength. It was also here that St. Peter Faber guided so many.

Filled with the hope that comes from the resurrection, Arrupe wrote in Rome, 25 years after the dropping of the bomb, that humanity “will need a beam of light much more powerful than the one that blinded us in Hiroshima: the light of faith that illuminates without blinding...” It is this faith that kept him constantly open to the Spirit and committed to the will of God.

As you know, the canonical process for the beatification of Fr. Arrupe has begun. Oral and written testimonies have been given that speak of this profound trust in God - having hope in him alone - and the evangelical drive, and courage to read the signs of the times and respond to them. These qualities strengthened him throughout his generalate. Now, the so-called “Theologian Censors” are reading an endless list of published works; the General Curia has prepared a “complete” bibliography; the Historical Commission is reviewing thousands of unedited archive documents; and in the Vicariate of Rome, the scrutinies have begun. 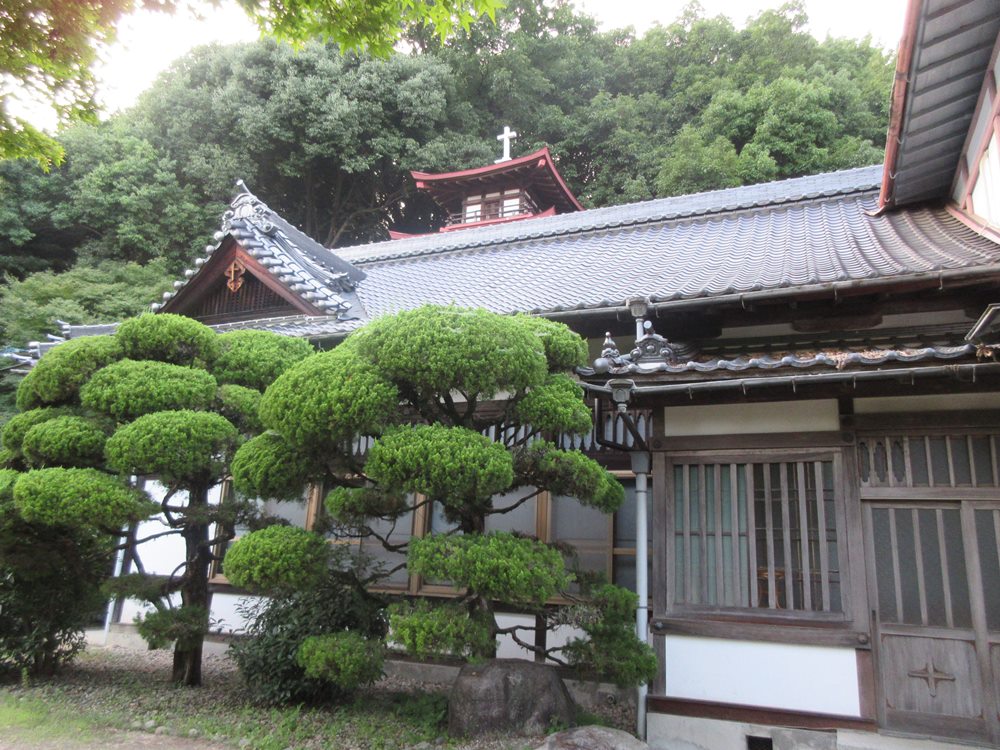 The disciple who came to Japan in 1938 to learn - trusting in “the power of God” that is beyond “human wisdom” - has become a teacher for all of us. He is remembered today, in so many places and programs all over the world that carry his name and seek his inspiration. We, so many Jesuits and non-Jesuits alike, continue to read his writings and find guidance in them for our life.

Today the Society of Jesus embarks on another process of learning and sharing, through the Universal Apostolic Preferences. It would be curious to see how Father Arrupe, in his own way, lived them in his own time here in Japan - how he showed the way to God through the Spiritual Exercises and discernment, how he walked with the Excluded, journeyed with the youth, or cared for our Common Home. Perhaps someone will be inspired to do a study like this, discovering in Pedro Arrupe a true model for today’s mission. Certainly, in the first of the Preferences we find a good patron saint in Peter Faber, the best one - according to Saint Ignatius - in presenting the Exercises, who found God in all things, entrusting people to the saints and to Our Lady.

On this special day, we follow the examples of Arrupe and Faber, in calling upon the intercession of Mary, Mother of the Society of Jesus, to constantly make us strong in our faith, so that we can become true messengers of hope. And in this special place of Nagatsuka and Hiroshima, we beg for the special intercession of Pedro Arrupe, that we might receive that apostolic energy that will conquer all hate and enmity and bring about a profound transformation of our lives towards true reconciliation.