Reading the Past to Write the Future

At fifty, “a feeling of Janus”, the Roman God of beginnings and transitions, usually depicted with two faces, one looking behind at the past, and one looking ahead to the future, is the prevalent feeling. The theme of the Golden Jubilee “Reading the Past to Write the Future” tries to capture these sentiments of thanksgiving and hope.

The half a century that has gone by has undoubtedly been an epoch of incredible blessings, of Providence in all its manifestations, of stories of extraordinary courage and daring, of falling and rising, of mistakes and course corrections. The first 25 years as a mission territory of the Karnataka Jesuit Province and the second 25 as the Kohima Jesuit Region sets the scene for a future that has great potentials. With an overwhelming number of young Jesuits (about two-thirds are scholastics under the age of 35), expectations run high for a future with great possibilities. Embolden by the abundance of graces that has helped us etch out the past we dare to let God help us write a future that gives even greater glory to God. 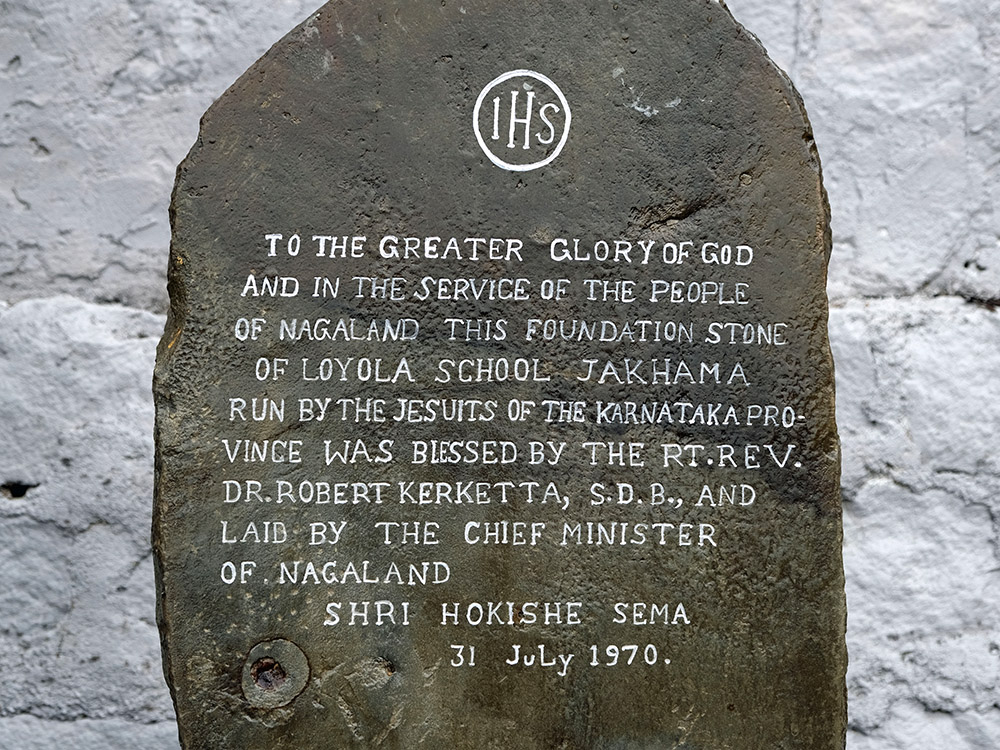 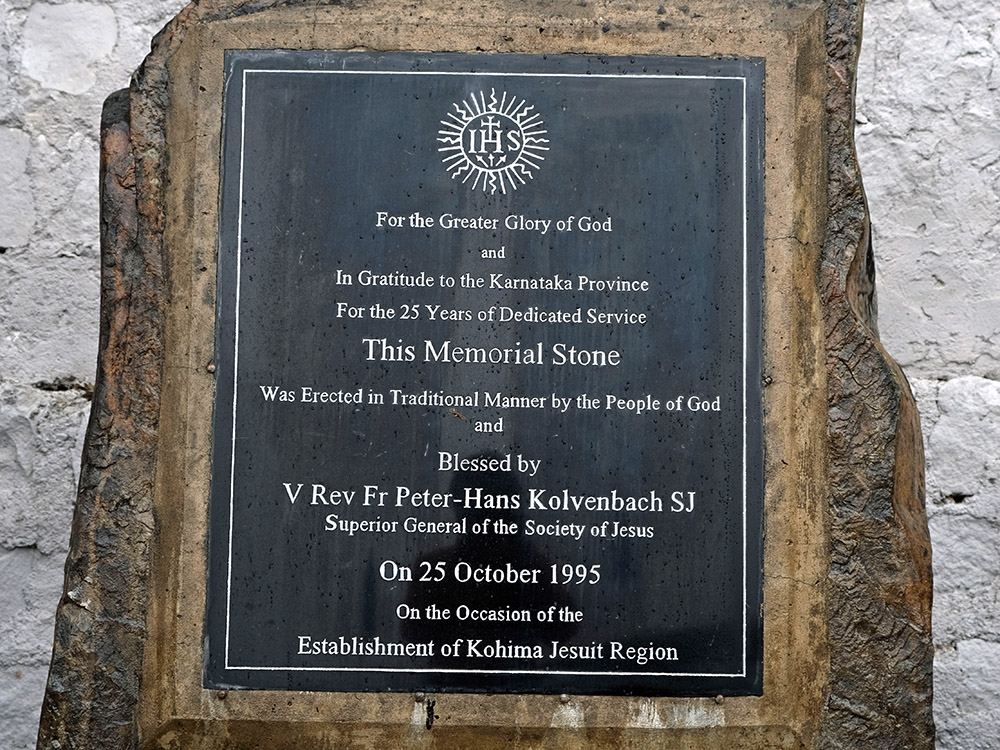 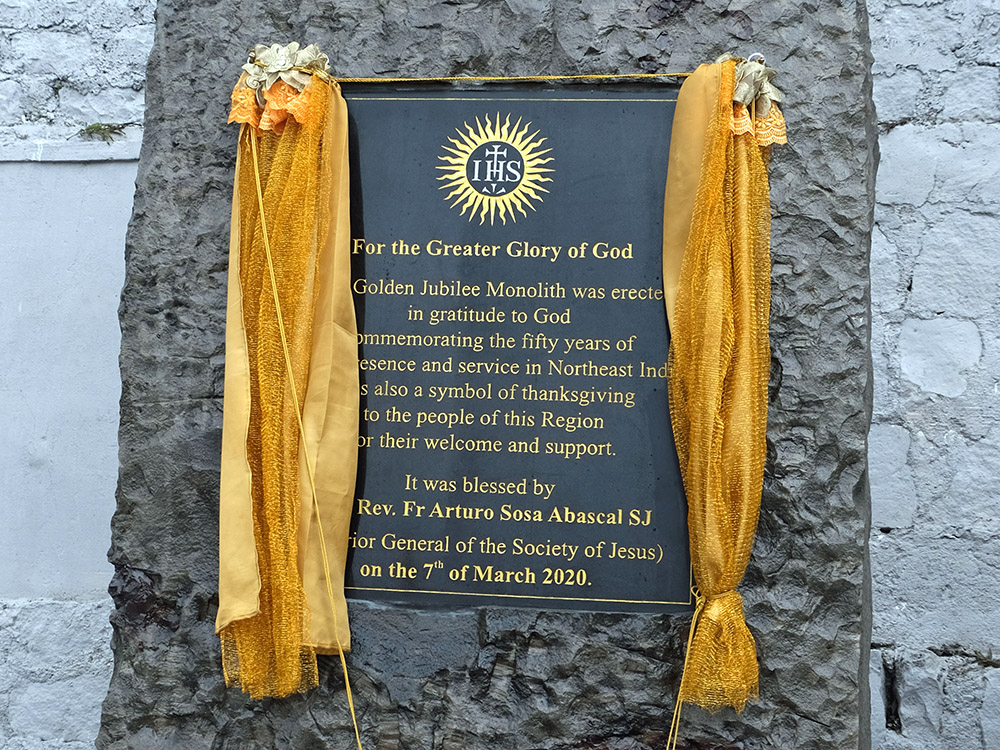 The arrival of the first three Jesuits from the Karnataka Province of the Society of Jesus to start the Mission at Kohima-Jakhama, Nagaland in North East India in April 1970 marked the beginning of time for this mission.

Why distant Karnataka and not a nearer Province?

Many have wondered how Karnataka Province, in the deep South of India got to start the “Nagaland Mission” which lies at the North-east frontier of India while there were several Jesuit Provinces geographically closer. The reason is that all the Provinces nearer to Nagaland “disqualified” themselves for one reason or another. Calcutta, the nearest and most obvious choice to take on the challenge, could not do it because foreigners (non-Indian Nationals) were not allowed to work in Nagaland especially after the Chinese aggression of 1962. Other Provinces also expressed their inability due to a limited number of Indian nationals or because they had recently taken up mission territories themselves.

There have been three singular graces in the making and sustaining of the Kohima Region.

1. Frontier Men: Almost all the Jesuit Missions are located in rural, interior, villages or small townships. When the Jesuits arrived, Kohima was out of bounds because the Salesians were already there. Surrounding Kohima, the only village that was willing to welcome the Jesuits was Jakhama, 26 km south. The Jesuits were turned away from other villages because they were “anti-Christ” (as the local Baptists referred to the Catholics). This forced the opening of new missions in remote or very remote villages. This has made it possible to bring the gospel and quality education to over 25 interior missions.

2. Mobility: The Jesuits handed over fully developed mission centers and parishes to the diocese. The practice of freeing oneself for more challenging ministries where the need is greater and the fruit could be great has been the rule. The list of places handed over is long and includes parishes, colleges, schools, boarding houses, dispensaries and convents. Our ability to reach out to many places that are more deserving with our limited personnel and resources got multiplied as we handed over missions to the dioceses to take over.

3. The twinning with the Wisconsin Province - now the UMI Province - of the USA was another blessing. The financial support of the Region is what everyone thinks this twinning is about. Nothing can be farther from the truth. While the financial support is a piece of the puzzle that Fr General initiated, the graces Kohima and Wisconsin have received through this relationship has been manifold. The Jesuits, especially scholastics, who have spent summers, sometimes for a few weeks or even months, or Jesuits who have studied or were assigned for ministry in each other’s territories have been blessed with many graces.

In conclusion, if the past is anything to go by, “writing the future” is going to be another exciting adventure of grace and human cooperation awaiting us. Considering the Universal Apostolic Preferencesof the universal Society of Jesus and the Region apostolic planning, with 98 scholastics and brothers in formation of 158 members of the Region, the best is yet to come.

JCSA India
Share this Post:
For everything there is a season (Ecclesiastes 3: 1)
Are there still Jesuit novices?
Posted by Communications Office - Editor in Curia Generalizia