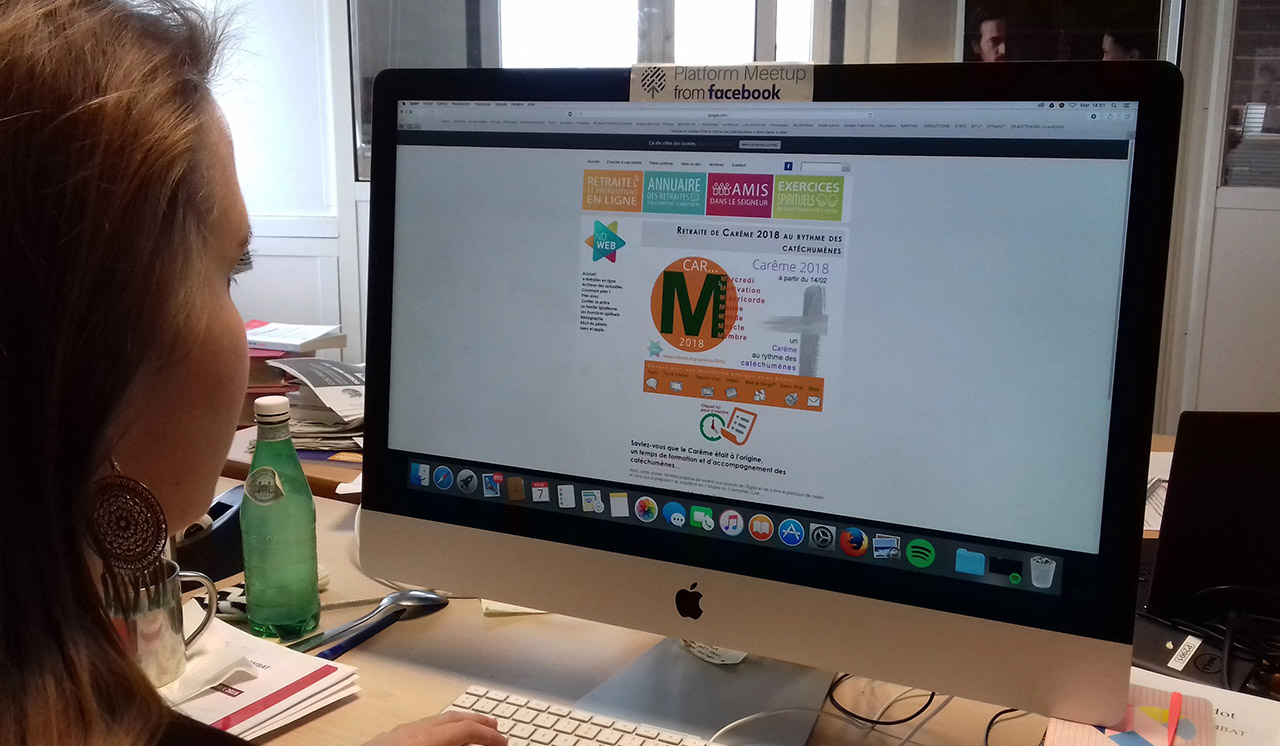 Necessity is the mother of creativity. This is especially true as the whole of humanity defends itself against COVID-19. Difficult circumstances also give rise to solidarity initiatives. This is true in all human societies and it is also true for the Society of Jesus.

Usual ways of working are not appropriate since mobility is impossible or severely limited. Over the past few decades, human ingenuity has developed tools that are now playing a positive role: tele-working is possible for a large proportion of office workers; communications are possible between people who would have been very isolated in the past; projects to help people in need are being set up because of the universal emergency.

We sought to know some of the initiatives taken here and there in the Society of Jesus. In addition to all that concerns the protection of the health of Jesuits and their partners, we found aid projects and initiatives that promote prayer or a sense of community. Here are a few examples that have come down to us.

- In the Philippines, the DReaM (Ateneo de Manila Disaster Response and Management) team, along with other organizations, has set up a fundraising campaign to provide protective equipment for health care workers and food for poor families affected by the loss of jobs.

- In Australia, an emergency appeal has been launched for people marginalized by their physical or mental health situation and whose lives have been turned upside down by the coronavirus.

- The Chinese Province, through its Rerum Novarum Centre in Taipei, distributed masks to migrant workers and fishermen while providing training to understand the situation and the importance of protection.
In Hong Kong, Wah Yan College, in conjunction with the Missionaries of Charity, distributed thousands of masks to poor people who could not afford to buy them.

- The Bureau of the European Conference (JCEP) has sent us a long list of initiatives which, for the most part, wanted to promote prayer, links through prayer, the spiritual dimension of the present crisis. As expected in Europe, proposals are offered in many languages: French, English, German, Spanish, Romanian, Polish, Portuguese, Ukrainian, Slovenian, Slovak and even Arabic.

- In South Asia, two Indian Jesuits, Jossie D'Mello and George Pattery, have launched an eight-day online retreat entitled "Hanging on to the virus of life in the context of the corona crisis".

- From the Jesuit Conference of Canada and the United States, we heard about resources offered in Ignatian spirituality, a three-part podcast series on the coronavirus and a proposal from Canada on ways to use technology for apostolic work.

If other examples of creativity at the heart of this trial come to mind, don't hesitate to share them on social networks and on your websites. With Father General we can conclude by imploring: God bless us!

Communications COVID-19
Share this Post:
Fleeing slavery – the Women of North Bengal and their empowerment. Watch Jesuit Stories
A school where the teacher has learned a lot
Posted by Communications Office - Editor in Curia Generalizia

Supporting the Ignatian Year through publishing

Do we talk enough about our faith?