The influence of Fr. Adolfo Nicolás

Father Nicolás was not a “public figure”. He was a discreet man who did not seek media attention. In his meetings with his Jesuit companions, he was very simple and accessible. This was the case throughout his apostolic life in Asia, in Japan and in the Philippines. Even during his generalate, he did not usually put himself in the spotlight. This humility certainly served the Society of Jesus in its relations with the Vatican and with the local Churches, where the Society participates in the one mission of God and the Church.

Adolfo Nicolás resigned as Superior General of the Society of Jesus in 2016, realizing that his health condition did not allow him to assume the heavy task of animating the Society universally. His physical health had been unsteady ever since. One would have thought that his death on 20 May would go relatively unnoticed, that his departure from this world to eternal life would be marked by great discretion.

However, this was not the case. The communications team of the General Curia was able to identify a fair number of public reactions. Published in various communication channels, from print to social media, they highlight the importance of Father Nicolás’ contribution not only for the Society of Jesus and the Jesuits, but also for religious life and for the Church.

Unsurprisingly, the media of the Society of Jesus, its Conferences, Provinces and institutions paid special attention to the former General’s passing. Aggiornamenti Sociali, America and The Tablet, for example, did not simply mention the death of Father Nicolás, but took the opportunity to recall important themes in his teachings. The importance that the former Superior General gave to the intellectual apostolate and the theme of “depth” in religious life and in all that should mark Christianity today were highlighted. 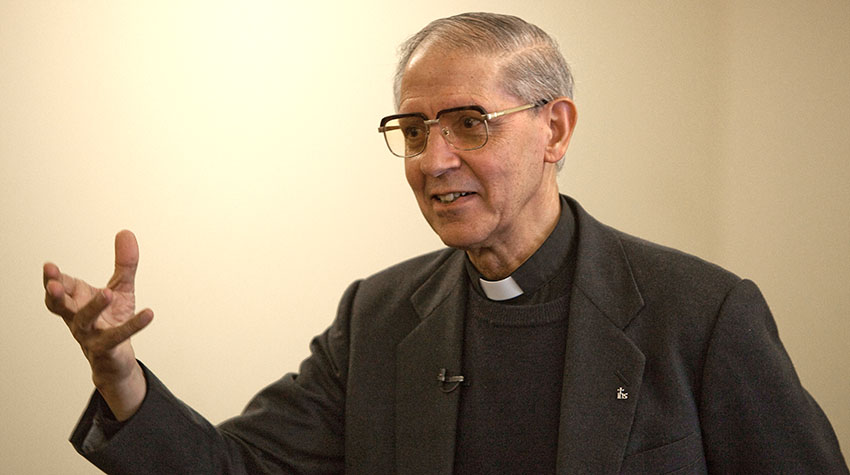 Many Jesuits wanted to give a personal testimony of how Adolfo Nicolás had touched them. From Spain and Japan of course, but perhaps even more so from the Philippines where he worked in various capacities for several years. The Jesuit Conference of Asia Pacific has produced several impressive audio-visual documents on the life and work of Father Nicolás. Fr. Danny Huang, who was his Assistant for the Asia-Pacific Region, has published a lengthy testimony in which he describes his former “boss” as leader, missionary, wise man and witness. Jesuits from the Dominican Republic, the Amazon, Kenya, among others, also expressed their gratitude to the former General.

On the other hand, press coverage by secular and religious media not related to the Society has been exceptional: La Stampa, Il Corriere della Sera, AgenSIRin Italy; El País, La Vanguardia, Religión Digital in Spain; The National Catholic Reporter in the United States, and numerous reports from various Vatican Radio sections.

Adolfo Nicolás, a discreet religious throughout his life that led him to positions of great responsibility, had and continues to have remarkable influence because of what he was, because of his faith and his humanity, and because of the testament he leaves behind. To learn more about Father Nicolás, a website has been prepared about him:

In Tokyo and in Rome, a final adieu to Fr. Adolfo Nicolás