An experience of spiritual conversation

For 25 years, Madurai Province had gone through serious and prolonged deliberations about dividing the Province and forming a new juridical entity, the Chennai Region/Province. Finally, in April 2015, the Province congregation made a unanimous appeal to Father General to split the Province and create a new entity. Father General directed the Province, through his letter dated Dec. 19, 2016, “I invite you, therefore, in consultation with those involved in the development of the Chennai Mission, to study and propose an apostolic structure that will enhance the growth and quality of our service to the people in the Chennai Mission area.”

Father Provincial appointed a Jesuit Chennai Mission Committee (JCMC) to animate the process of discernment, aiming to create an apostolic structure of what would become the Jesuit Chennai Mission (JCM). Since there were rigid differences of opinion about the future identity of JCM, the JCMC decided to use the method of spiritual conversation and discernment involving the entire Province. All personnel (nearly 500 members) in the whole Province at the levels of collaborators, Jesuit communities, Jesuits in four zones, the forum of local superiors, team leaders, ministerial commission coordinators, and all those involved in the development of JCM sincerely followed the method in discernment sessions using spiritual conversation in proposing an apostolic structure for JCM. JCMC made a collective effort to establish the new mission of nearly 34 units, including university colleges, professional institutions, social centres, spiritual animation centres, schools, technical institutions, and parishes, etc. 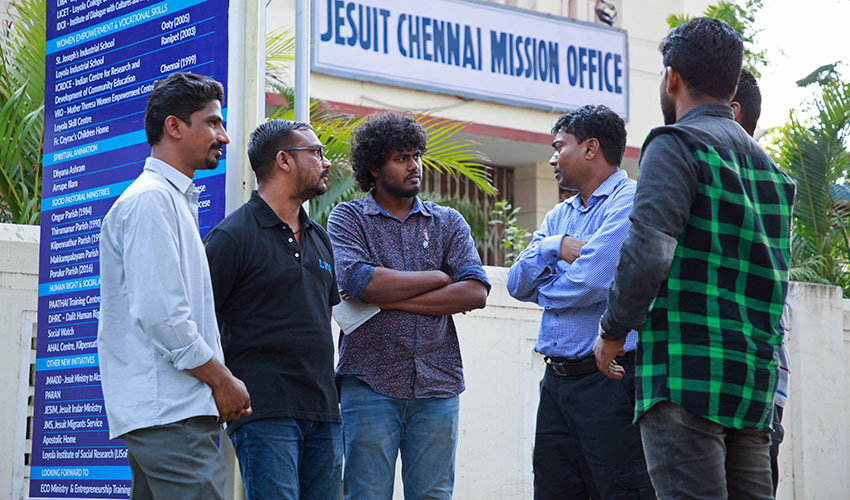 A significant number of Jesuits had a transformative experience while they listened to the presentations on the long history of pioneering mission activity from 1601, in which the old Madura mission had focused mainly in the northern region of the then Madras Province. In the zonal discernments, a good number of Jesuits shared opinions freely in groups while listening to others in spiritual conversation. They were converted from indecision to a decision and from dilemma to clarity. The process however did not prevent a small number from expressing a feeling of uneasiness and opposing the very idea of dividing the Province. This difference was seen as instructive direction in the sense that the choice of an apostolic structure must be handled with utmost care, and the quality of our service and apostolic effectiveness to people must take priority over all other justifications.

Many expressed that they experienced consolation by expressing their opinion freely, for or against, without any inhibitions. It was illuminating to see that we went through a process of attentive listening to everyone’s opinions. Many were happy that everybody had shared concern for the priority for service to communities and reached clarity about the structure we wanted without entering into heated arguments and debates. This exercise of spiritual conversation led to a spiritual renewal, creating a healthy atmosphere in the congregation, towards understanding the views of others, leading to a union of hearts and minds. 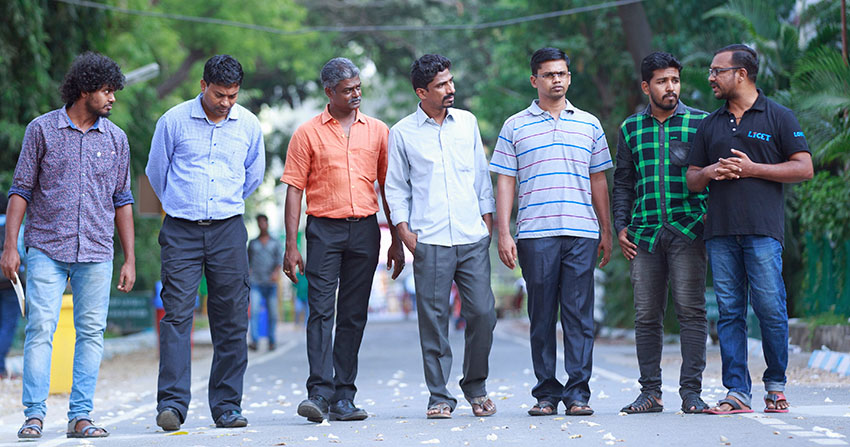 The Province was totally open to the will of God. Throughout the process, we were true to ourselves in sharing, and we were bold enough to make decisions. The method followed brought Jesuits who were earlier fraught with suspicion into a spirit of reconciliation. Initially, some members felt a certain fear and anxiety, but this cleared up after the group sharing. Realizing that it was God’s way of leading them to deeper understanding, doubters were eventually willing to give up their own ideologies, becoming open to the promptings of the Holy Spirit. At the end we felt unanimously that the Province was moving in a good and right direction, journeying together with a single goal that unified us all.

“To show the way to God through the Spiritual Exercises and discernment,” one of the Universal Apostolic Preferences, was put into practice in this process of discernment. Interpreting the discourses took place from April to August 2018; in all the plenary sessions collaborators reported group discernment statements, so that clarity and agreement ensued. Thus, a large percentage of Jesuits in the Province felt at ease in creating JCM as an independent Region.

The Province experienced joy and consolation over the obstacles cleared and goals achieved. A feeling of inner peace and inner freedom was experienced as we progressed in spiritual conversation, and many expressed that the Lord was leading the Province in the right direction. The entire process of spiritual conversation had enhanced the quality and growth of the apostolic mission to serve the people. This enriching spiritual experience of being together that we had shared in the discernment process should be continued in all levels of the life-mission of the Jesuits everywhere.