Jesuit Poverty Today. A life of sharing and solidarity

During the January meeting with his Extended Council, Father General will discuss the process to be followed by the Society in a consultation on Jesuit poverty that has already been announced in his letter about the Ignatian Year.

“Poverty is a crucial aspect of our lives as Jesuits” said Father Sosa. “In these days of consumerism and individualism it shows more importantly than ever how we are called to a life of sharing and that solidarity among human beings is a necessity and a core value.”

The meeting takes place from Monday to Friday, 11th to 15th January; three full days are dedicated to the issue of poverty. Tom McClain, the General Treasurer and James Hanvey, the Secretary for the Service of Faith have played key roles in preparing the meeting along with Fr Claudio Paul, Assistant for the Southern Latin America, who chaired a small task force.

“Evangelical Poverty has been part of religious life since the earliest times” said James Hanvey. “For St Ignatius, after his conversion, he experienced it as a source of apostolic energy and he wanted this for all Jesuits. Ignatius saw that to preach in poverty was also a mark of the authenticity of our witness. I think this is even more important than ever with so many urgent needs”.

The meeting is being held online and involves over twenty people from different continents of the world. All of the General Counsellors take part, along with the six Conference Presidents, the Secretaries of the Apostolic Sectors (Faith, Justice and Ecology, Pre-secondary and Secondary Education, Higher Education) and the General Treasurer. 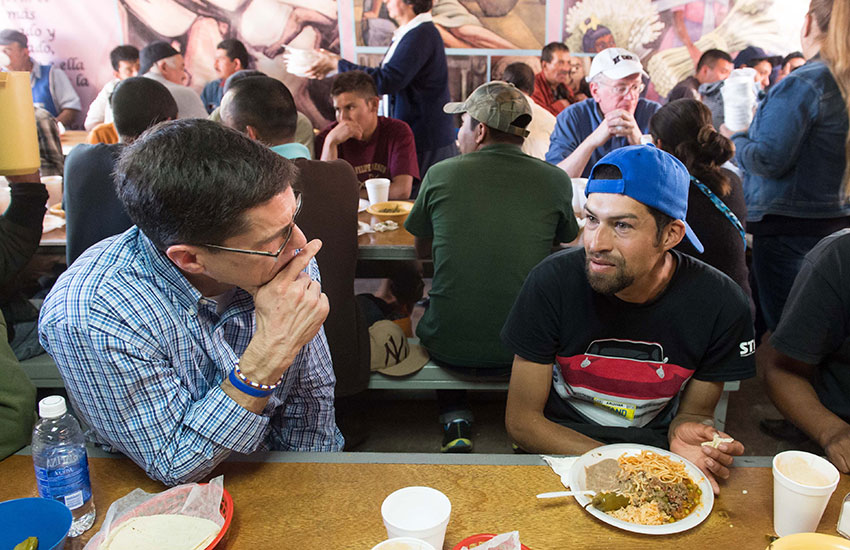 “The vow of poverty of the Jesuit is unique among religious institutes” said Tom McClain, General Treasurer. “It takes its evangelical and apostolic spirit from the companionship with Christ whom each Jesuit encounters and follows as the result of his calling in the Spiritual Exercises and then guided by a single restriction in the Constitutions: do not live from income from fixed assets but rather from alms and just remuneration. So we are sent forward touched by His vision and passions.”

After the meeting, Father General hopes to confirm a process that will take place in every Province and Region across the Society to help Jesuits deepen their living of poverty and reflect on the impact it has on their life and mission.

“Living poverty more deeply involves conversion” said Father Sosa. “We want to follow Christ poor; be close to Him; accompany Him in all the wounded places of the world. We do this if we are truly poor, ourselves, know our utter dependence on God and live discerning where the Spirit is leading us.”

In addition to the central theme that will be the focus of the Extended Council‘s attention for most of the working week, members will have the opportunity to deal mainly with two other topics. They will share news on the experience of the coronavirus pandemic and how at the global level it is affecting the life of Jesuits, the Church and our societies. Links with the theme of poverty can also be discovered. The last day of the meeting will be largely dedicated to the Ignatian Year. The progress of some projects of the Curia and in the different regions of the world will be assessed. The aim will be to "feel" how the perspective of the Ignatian Year, which will begin next May, can really participate in the spiritual renewal of the whole body of the Society.

Father General Curia
Share this Post:
US Jesuits condemn “assault on democratic process”
At the service of Human fraternity – The Pope Video
Posted by Communications Office - Editor in Curia Generalizia