“The experience of Jesus reveals God’s solidarity with humanity, especially with suffering humanity. It opens up new horizons by revealing the values of sharing and empathy. (...) The mission we receive from Christ today requires the radical task of incarnating these values every day in the challenging reality of our world and amidst the suffering people of Haiti.”

Within this context of evangelical mission, the Jesuits of Haiti have taken a stand on the current Haitian crisis. A comprehensive five-page document, distributed to the media in early January, demonstrates the vitality of the Society of Jesus in that country.

First, the statement carefully describes the various dimensions of the current crisis. It is a social crisis that is global and deep, not cyclical; it affects all strata and spheres of society. The crisis is undermining the foundations of society because public institutions are collapsing. Large spaces of insecurity are being created due to the impunity enjoyed by armed gangs. It is a political crisis because the political class is totally discredited. The leaders show no courage; they are lazy, without creativity, and unable to plan. As a result, the state is gradually losing control of the levers of organised society. This situation makes possible a return to dictatorship - like the one known in the time of François Duvalier. The Jesuits also identify a constitutional crisis because the government rules by decree, often in defiance of the Constitution. All this is leading to an economic crisis: a drop in production, a fall in GDP, and the inability to provide the educational and social services of a modern society. The inevitable consequences are an exodus from the countryside and worsening poverty in the cities. 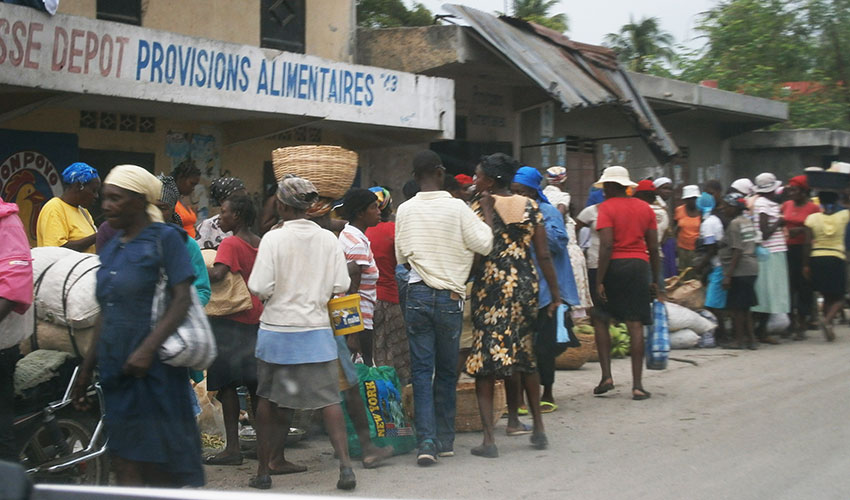 The causes of this situation are numerous, and the Jesuits identify the main ones: glaring social inequalities, absence of public policies for integrating citizens, lack of empathy and citizen awareness, accumulation of social injustices, and disregard for fundamental values such as solidarity, respect for life and the environment, promotion of the common good, and looking beyond one’s own interests.

However, according to the position taken by the Society in Haiti, this situation of distress risks obscuring many of the riches that can certainly contribute to overcoming the crisis and re-launching the country. Haiti possesses immense natural and cultural potential: a rich subsoil, 1,700 km of coastline, numerous historical and natural sites, and a diaspora of more than 2,000,000 people with resources. There is also the beginning of a citizen's movement which, despite its limitations, is a source of hope for building a strong democracy and restoring the rule of law.

In conclusion, the Jesuits invite all religious forces to unite on the road to Haiti’s rebirth in the social sphere for the good of the nation, overcoming the divisions between Catholics, Protestants, and Voodooists. They urge national and international actors, the country’s vital forces, social and political activists, the Haitian diaspora, and “the valiant people of Haiti” to join together to save Haiti.

JCCU
Share this Post:
“I convoke the 71st Congregation of Procurators which will start on 16 May 2022.”
“Abide in my love…” (John 15:5)
Posted by Communications Office - Editor in Curia Generalizia