What did St. Ignatius of Loyola (1491-1556) know about Africa? By the standards of his time, the answer must be: A lot! In the introduction to Ignatius’ narrative of life, Luís Gonçalves da Camara (1520-1575) gives us a clue to the saint’s interest in Africa and, more specifically, Ethiopia. Among the matters that made Ignatius defer his narrative for seventeen months between September 1553 and March 1555 when it was resumed was “the question of Prester John.” At that time, Prester John was understood to be the emperor of Abyssinia, the territory that is also loosely referred to as Ethiopia in historical sources.

Ignatius’ focus on Ethiopia was first sparked by an invitation of King John III of Portugal (1502-1557, r.1521-1557) for Jesuits to go as missionaries to the region over which he claimed a tenuous patronage. Extant letters and instructions of Ignatius regarding the Ethiopian mission span from 1546 to 1555. Their details manifest the importance the Jesuit Founder placed on the first African mission he had to constitute. In a 1546 note to John III, Ignatius even offered personally to go to Ethiopia should there be no other willing to take the missionary challenge.

The urgency that Ignatius saw in the Ethiopian mission emerged from more than the Portuguese king’s invitation. Ignatius had gained substantial knowledge of the peoples and cultures of Ethiopia. This he gleaned from a variety of sources, including Ethiopian pilgrims to the Holy Land and to Rome, European travel reports, and new publications that were circulating in Europe at that time. Furthermore, he most likely met with Abba Tasfa Seyon Meheizo(c.1510-1552), also referred to as Petro the Abyssinian, a well-known Ethiopian monk from Debre Libanos who had been living in Rome since 1536. Based on this knowledge, Ignatius came to view Ethiopia as an ideal missionary frontier for which Jesuits were made. Not only was he willing to go there himself, but also to loosen the rule he had devised to prevent Jesuits from becoming bishops. The first three Jesuits to be raised to episcopal dignity were Ignatius’ recommendations for the Ethiopian mission.

The first team of missionaries for Prester John’s country left Lisbon in April 1555 under the leadership of João Nunes Barreto (c.1510-1562), now consecrated as patriarch for Ethiopia. Barreto himself never entered Ethiopia, but five Jesuits led by assistant bishop André de Oviedo (1518-1577) reached there in March 1557, over seven months after Ignatius’ death.

Ignatius’s detailed instructions on the Prester John mission are the best testimony we have of the saint’s open approach to cross-cultural missions. He counseled his missionaries to, among other things, “proceed with gentleness and avoid treating the people with duress.” Franciscan priest Charles Santis describes Ignatius’ set of instructions for the first missionaries to Ethiopia as “a document which is fundamental, not only because of its exact knowledge of oriental psychology, but because it manifests the supreme prudence and discretion of the saint.” 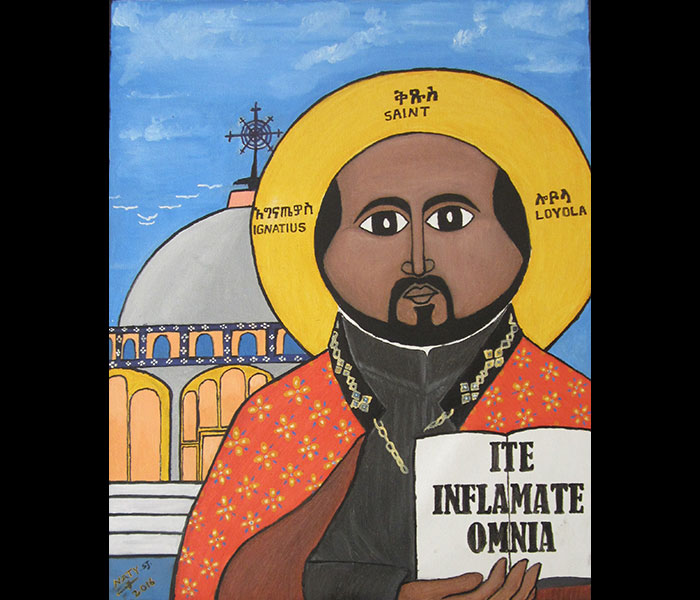 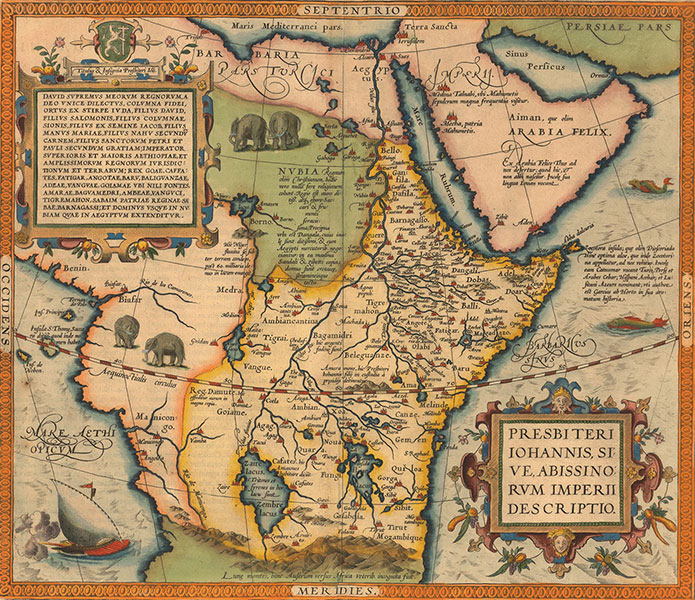 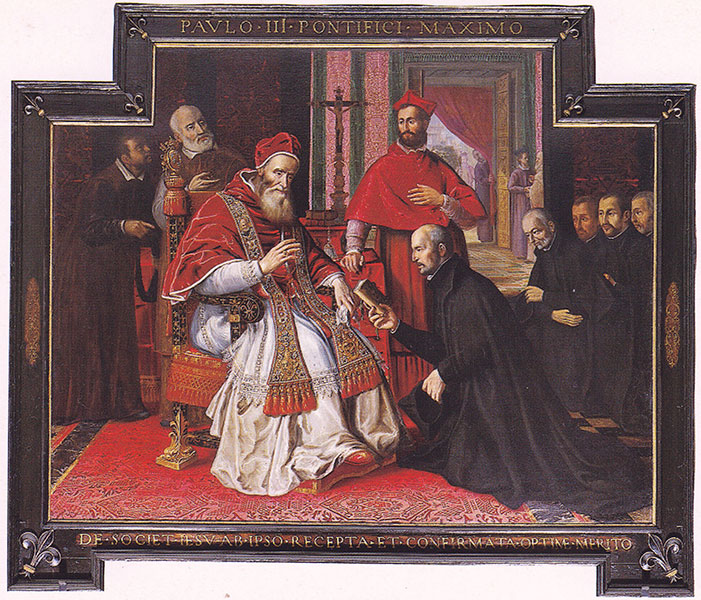 Fig. 1.3: Mid-seventeen century painting by an anonymous artist depicting St. Ignatius of Loyola kneeling before Pope Paul III; figure standing on extreme left behind the pope is believed to be Abba Tasfa Seyon Meheizo. (Painting in the sacristy of the church of the Gesù in Rome)