On 27 September 1540, the Society of Jesus received papal approval

In 1538, the companions of Paris, with Ignatius of Loyola as their leader, realized that their plan to go to the Holy Land was not possible. They chose to go to Rome and to offer their services to the pope for the missions he would entrust to them. The following year, Ignatius submitted a draft constitution for his group. Pope Paul III welcomed it verbally, but it was not until several months later, on 27 September 1540, that he promulgated the bull Regimini Militantis Ecclesiae, which recognised the Society of Jesus as a religious order.

During the intervening months, St Ignatius and his companions sought the support of many people, including some of the most prominent in Europe, and others of more humble status who had seen the fruits of the work of the first Jesuits in Rome. They were asked to intervene with the Pope to obtain official recognition, which would allow the group to achieve its fundamental goals: the greater glory of God and the service of the men and women to whom they would be sent.

On this 27 September, let us give thanks to God for the founding, or rather the approval, of the Society of Jesus. 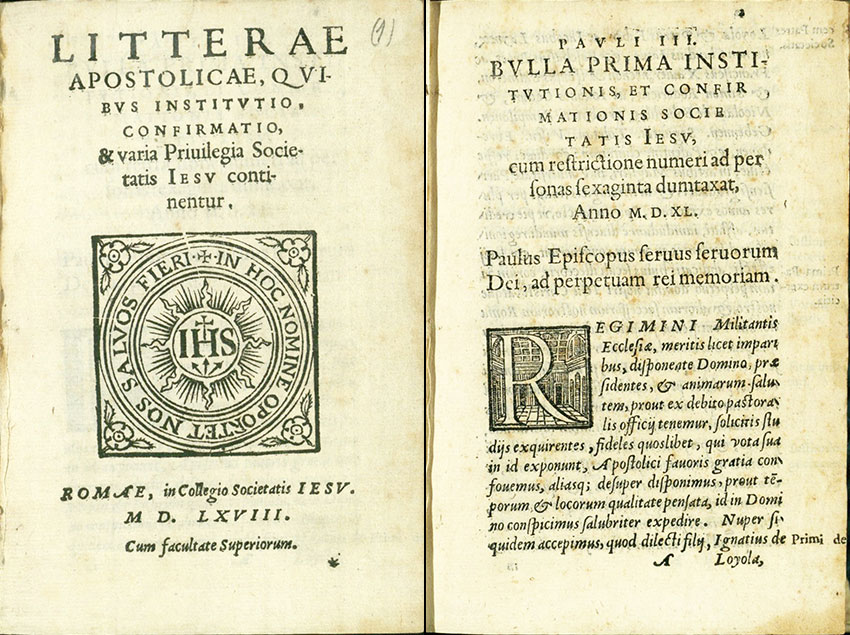