Months go by; any social cause, even the just ones, can be forgotten. The Indian Jesuit Stan Swamy had been unjustly accused of terrorism in connection with Maoist groups. This was because he was defending the rights of the tribal groups he worked with. He became seriously ill and died while in detention awaiting trial for nine months. His death outraged not only his friends and fellow Jesuits, but also people in authority in the United Nations and members of the opposition party in the Indian Congress. Even the “Chief Minister” of the State of Jharkhand, where Fr Swamy worked, opposed his arrest and imprisonment. He said the government should be held accountable for its apathy and lack of care for the elderly Jesuit.

Among those who do not want Stan’s radical commitment to be forgotten are the team of the Social Justice and Ecology Secretariat of the General Curia of the Society of Jesus. Throughout the months that the Indian Jesuit was in prison, the Secretariat supported his cause and campaigned for a fair trial and his liberation. Months after Stan’s death, Valeria Méndez de Vigo, SJES network coordinator, keeps the flame burning. Together with Jesuits from India, she has analysed the international campaign of support that the Society of Jesus led. What are the lessons learned from this campaign? These reflections can be used to keep the memory of Stan Swamy alive and to continue to fight against situations of injustice.

The results of the research were published by Cristianisme i Justicia, of the Lluis Espinal Foundation in Barcelona, a member of the network of European social centers of the Society of Jesus. Valeria Méndez’s article begins by recalling the facts: Father Stan Swamy’s commitment to defending the rights of indigenous communities (adivasis) for over 40 years. Arrested and falsely accused on 8 October 2020, he was immediately imprisoned in Mumbai. Between October 2020 and May 2021, Fr Swamy’s health deteriorated. He contracted COVID in prison. He was denied bail on the grounds that the charges against him were too serious. His family and friends described his death as an “institutional assassination.”

The article goes on to describe the current context in India, a socio-political environment characterised by the erosion of democracy and human rights. This is due to the authoritarian drift of the current government. Any political dissent is strongly repressed; defenders of rights and protesters are labelled as anti-nationalists. 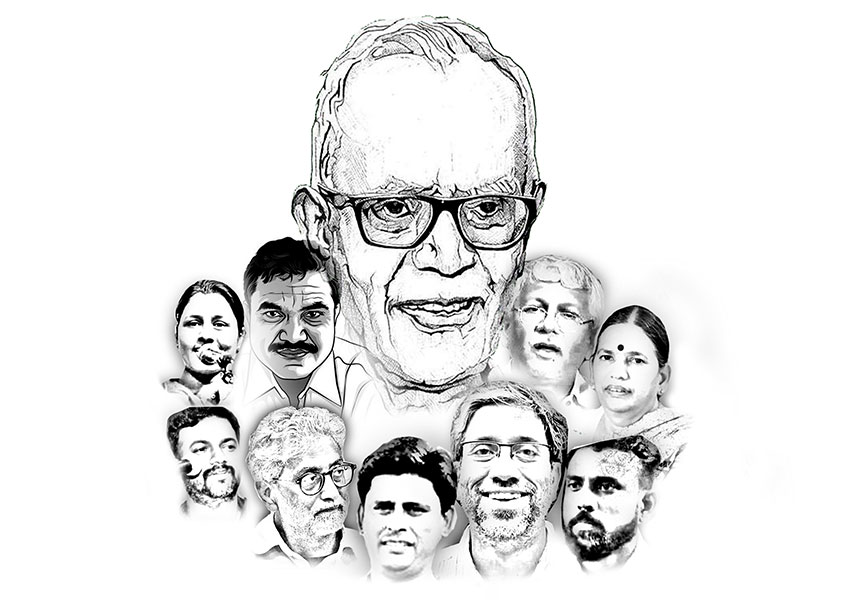 It was in this context that the Society of Jesus in India, and later at the global level, launched a campaign to raise awareness and support for the cause of Fr Stan and his fellow prisoners. Mobilisation, communication and public advocacy, coordination of meetings of advocacy groups at the international level. Jesuit institutions from all continents participated. Many creative protest actions were organised: signature drives, songs and poems, masses and prayer vigils, webinars, human chains, letters to Indian embassies in various countries and even demonstrations outside embassies. More than 1,370 articles in India and nearly 200 more in the international media have been published on the subject.

What has it all come to? Valeria Méndez admits: “Although the campaign helped to raise awareness about the plight of Stan Swamy and human rights defenders and also about the erosion of democracy in India, although it created a global solidarity movement, it did not succeed in getting Father Stan released on bail. What lessons have been learned?

• First, the importance of clarity in the case of injustice and the necessity of speaking with a prophetic voice. Standing with the adivasis highlighted the belonging to the mission of ‘faith, justice and reconciliation’ of the Society of Jesus.

• The importance of the process of networking that has made it possible to have an impact in many countries and at the level of international bodies.

• The need for both institutional and grassroots support. The General Curia of the Jesuits and Church authorities have made clear statements. In India, the Jesuit Conference and thousands of people have shown their solidarity with Father Stan.

• Such a campaign significantly increases the capacity for advocacy and communication, the number of contacts in the traditional and social media, and with political representatives. All this is necessary to reach a critical mass that can have a real effect.

• In the face of the failure to achieve the concrete goal of releasing Father Swamy on bail, there is a need for even greater efforts in relationship building at the political level and in advocacy.

• On the positive side, the campaign has built a global movement and a sense of solidarity and justice, a mutual enrichment of the participants, a sense of belonging. The connections between the local, national and international levels enriched the participating institutions.

You can read the full article by Valeria Méndez de Vigo on the website of Cristianisme i Justicia, in English or in Spanish.