The President of the Latin America and Caribbean Provincials’ Conference (CPAL), Roberto Jaramillo, invited me as a Jesuit journalist to their first in-person meeting since the beginning of the pandemic. The meeting took place from 6 to 11 June in Mexico City. It was held at the Centro San Javier, a retreat house in the southern part of this city of more than 25 million inhabitants. Roberto suggested that I attend primarily to hear the fifteen or so presentations about the Provinces of this part of the world. The Society of Jesus and the Jesuits have been actively present in this part of the world since before the suppression of the Society (1773) and were present again soon after its restoration (1814).

The Provincials of Chile, Ecuador, Colombia, Bolivia, Paraguay, Central America, Mexico, Argentina and Uruguay, the Antilles, Brazil, Venezuela, Peru, the Superior of Guyana and Jamaica, the Delegate for the “Amazon Preference”, and the Superior of Cuba took turns to speak. They were asked to present their apostolic plans - that is, how they envisage the Society’s mission concretised in their respective areas over the foreseeable future. Each speaker was also asked to indicate how his plan fitted in with the Society’s Universal Apostolic Preferences and the priorities proposed in CAP-2, the Common Apostolic Project or roadmap for Jesuits and their works in Latin America. Finally, the Major Superiors wanted to know where the Provinces stood on the restructuring - geographical or apostolic - which Father General had invited them to consider. 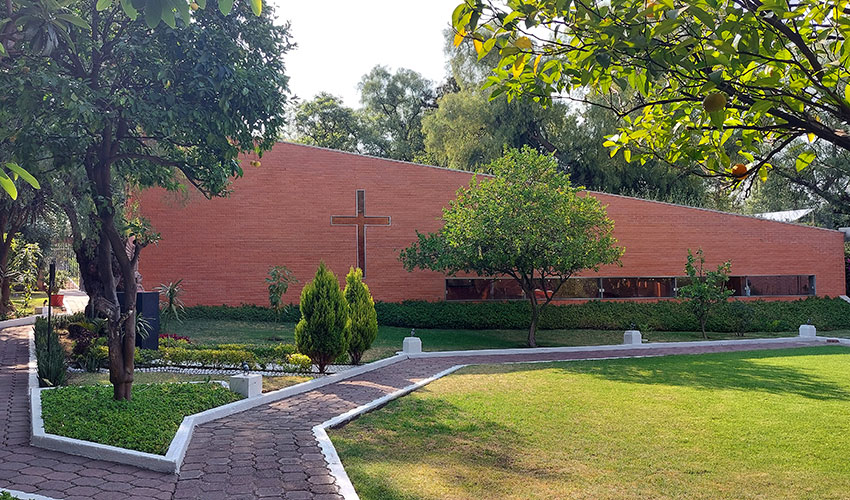 Each presentation, and the discussion which followed, characteristically lasted a little more than half an hour. How did this sharing strike me, the invited reporter?

• Firstly, it was clear that serious planning efforts had taken place over the last few years, and that each Province had an orientation on the future.

• Secondly, a realism coloured the assessments and the future plans. Secularization is making inroads in Latin America, as is taking place in nearly every part of the world which formerly identified with Christianity. The number of religious continues to decline.

• I also noted a determination among the Superiors to be close to the poorest. In many places, this means accompanying indigenous peoples and defending their rights.

• Almost all the presentations showed more hope than discouragement. Real efforts are being made to no longer consider the mission of the Society of Jesus as “belonging” to Jesuits alone. The greater stress now is on a more inclusive “apostolic body”. This body involves, almost everywhere, considerably more lay people than religious in the mission. 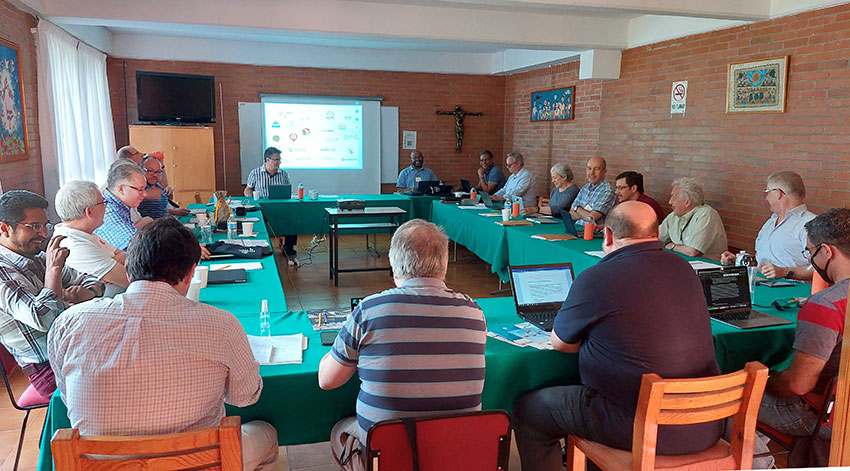 A session of the CPAL meeting.

The challenges, directly related to apostolic presence and action, are often enormous. They vary greatly from one country to the next. Only trust in God enables the Provincials and their teams to move forward. This has been the motivation of the Society over the centuries, and enables her to continue to serve in spite of the obstacles. For the Provincials, it is not so much a question of preserving the achievements of the past - in education, pastoral work, spirituality, or social action - but of creating new ways to respond to new needs. This is clear in how the plans of the Provinces naturally relate to the Apostolic Preferences of the Universal Society. Fr Arturo Sosa promulgated these in 2019. They focused on a commitment to spirituality based on the Spiritual Exercises, the closeness to the poor and excluded, accompanying young people towards a future of hope, and the commitment with others to care for the planet. These have readily found their place in the planning.

A number of particular challenges caught my attention. In one Central American country, the government is openly hostile and seeks to stifle all the Society’s work in the field of higher education. In Chile, the Society has to regain her credibility after the scandals that have affected it: the Province has lost half its membership in the past ten years. In several countries, perhaps especially in Brazil, including the Amazon, the number of refugees arriving from Central America, Haiti and elsewhere is growing steadily, and it is difficult to respond to their needs. 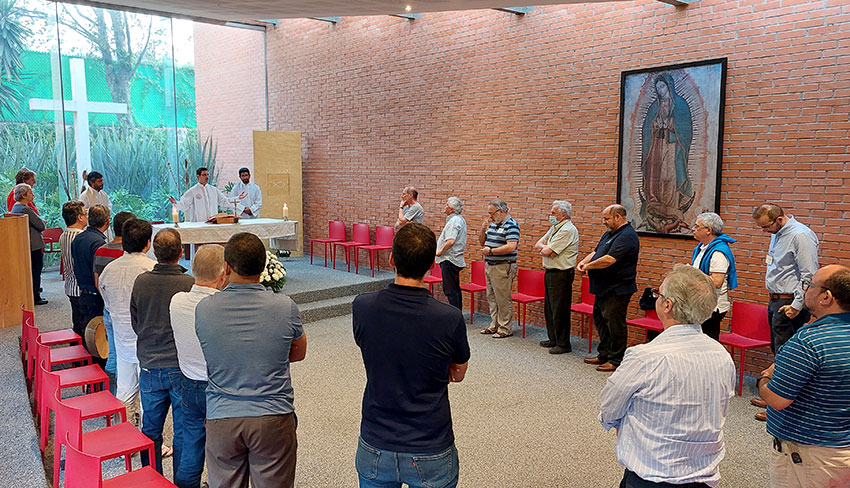 Eucharist at the CPAL meeting.

It would be incomplete to end this report without stressing that an important part of the meeting was given to familiarising participants with the Society’s networks in Latin America. I was able to interview the coordinator of COMPARTE. The Provincials grew in appreciating how AUSJAL (the Jesuit Universities), RJM (migration), the Fe y Alegría Federation, and the commitment in Amazonia affect interprovincial and continental cooperation ever more dynamically.

In summary, the 44th Assembly of CPAL was not only an occasion of sharing information, but also of building a future adapted to the challenges that the Society of Jesus faces in this part of the world. It provided an opportunity to strengthen the commitment of us all to serve a mission that is greater than our personal one: it is the mission of the Lord. The Holy Spirit, the spirit of Pentecost that had been celebrated on the Sunday before the Assembly, made its presence felt throughout the week.