The type of conversion that is bringing today’s young people to consider a vocation to religious life requires us to re-evaluate our vocations ministry and take a new approach to promoting vocations. Although our schools, parishes, and traditionally Catholic families are still a solid source of vocations, they are no longer the only ones that lead a young person to consider a vocation. L.E confirms this when speaking of his experience of conversion: “I was born into a Catholic family that regularly attended Sunday Mass. I cannot deny how important receiving the Eucharist as a family, receiving Catechesis and what I heard about God through the preaching of those consecrated to religious life was to me. However, when the time came to consider the possibility of a religious vocation, I felt that those habits and what I had heard about God did not really help me to root my life in God as much as the witness of a nun who I met in an old people’s home.”

L.E, we might say, has had an experience - the nun’s witness - which falls outside traditional, guaranteed channels of vocations yet which nonetheless has been effective in drawing him into a lasting faith experience. Personal witness is what is left of our strongest convictions about how best to reveal God to young people. This approach means that our narrative does not appear unreal to them. 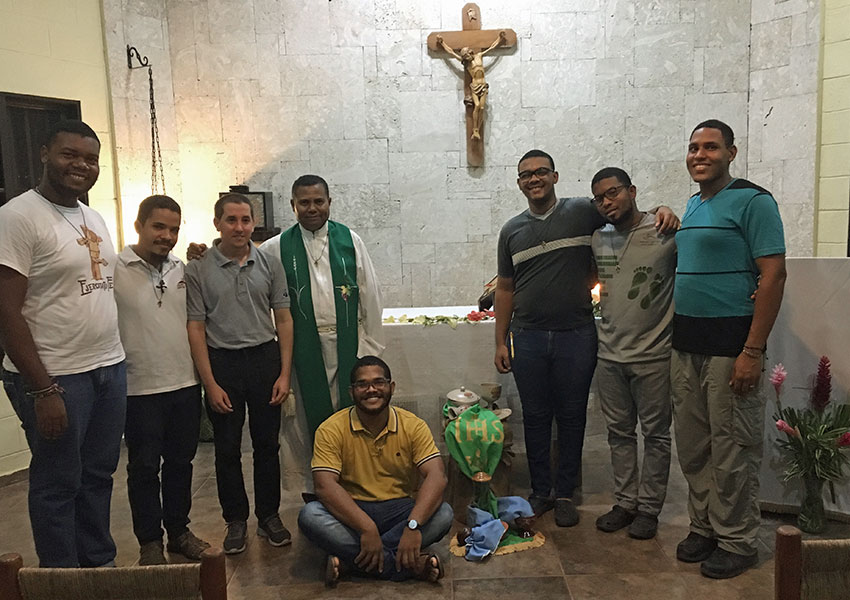 M.A lived in a poor area of Santo Domingo city, received a state education, and survived through odd jobs. An invitation from a friend to watch a film about Jesus led to a first contact with one of the groups for young people in their parish. That is where M.A’s experience of the process of “Formación para Jóvenes de las Antillas” (FIJA - Formation for Young People in the Antilles) began. It led M.A to consider a religious vocation and later to enter the noviciate.

The same was true of M.E, a young professional who worked as an engineer for a state-owned company. At the suggestion of his sister, he decided to get baptised at the age of 25. During his preparation for baptism, he was invited to join the “Campamentos Magis” (Magis camps) organised by the youth ministry of the Province of the Antilles. He said: “That camp experience was key because that is where I began a vocational process that ended with me deciding to join the Society.”

Such experiences, along with those of our other current novices, have led us to consider an up-to-date approach to vocations which allows young people to work out, from their own understanding, the meaning of what we offer through our way of life. Or, to take this idea somewhat further, for young people to somehow discern the way of Christ through our way of life. A sense of cohesion between the ideal offered by our community’s lifestyle and the reality appeals strongly to young people. It challenges them and is highly likely to awaken their interest in making a radical life choice.

So, what kind of approaches to vocation might ensure a gateway to conversion for young people today? 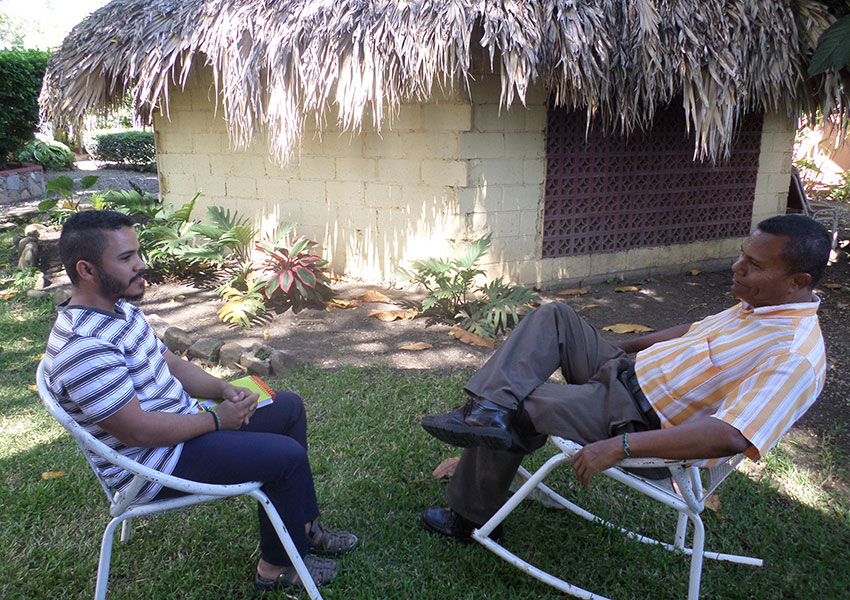 Any vocations initiative that hopes to offer a failsafe path to conversion must be sure to set aside time within community activities to allow our young people the space to think about God’s plan for their lives, grow in faith, and become part of the Christian community. But it is also essential that we outline the basic tenets of a lifestyle through which our young people can find role models who may facilitate them becoming deeply involved as much in the surrender of “judgement and reason” (SpEx 96) as in a “greater and more important sacrifice.” (SpEx 97).

A viable vocational approach for today requires a team able to put together a vocational initiative that does not present young people with a marketing strategy, whereby joining a religious congregation is sold like a product that guarantees the consumer “happiness” or “success.” It is really about a presentation of religious life that places before young people the needs of the world, and its challenge to them to do something about this through their faith (SpEx 107).

We need to consider youth ministry initiatives within the context of the universal Church that guarantees young people the vocational choice of a Christian state of life. We live in a networking world, which makes it easy and also necessary to share our initiatives with other congregations, institutes of consecrated life, and dioceses. We could start by sharing deep experiences of God including the Word of God, liturgical celebrations, programmes of evangelisation, fraternal communities, etc., which may become signs which speak deeply to the heart of young people. Through this, they may understand with ever greater clarity the call of the Eternal King to place themselves under his banner with the greatest of generosity.

Vocations
Share this Post:
Jaime and the keys… of his apartment, of his life
Giovanni Antonio Solinas SJ, beatified in Argentina on 2 July 2022
Posted by Communications Office - Editor in Curia Generalizia

A special “Circle” in JCAP

One of the great traditions of the Jesuit Conference of Asia Pacific is the SBC: the Scholastics and Brothers Circle. The tradition had been threatened by the pandemic: the last edition took place in 2019. But on 19 to 26 December 2022 the Circle took shape again.

The Jesuit vow of poverty – A testimony from Renato Zecchin SJ

Fr. Renato Zecchin is the novice master of the Australian Province of the Society of Jesus. When asked to share about his vision of the Jesuit way of living religious poverty, he recalls the moment when he entered the novitiate in 1971, and had the desire to be sent...

November 13th is the feast of St. Stanislaus Kostka, patron saint of Jesuit novices. This young Pole wanted to join the Jesuits at the tender age of 14, but candidates so young were not admitted. At the age of 17, however...

The Jesuit vow of poverty – A testimony from Herbert Keller SJ

Herbert Keller is a Jesuit from the United States who teaches theology and works in pastoral ministry at Scranton Preparatory School in Pennsylvania. Throughout his apostolic life in the Society of Jesus, he has served in the field of education...