Pilgrimage and Way of the Cross in the footsteps of St. Jacques Berthieu

In 2012, Pope Benedict XVI canonised the first martyr of Madagascar, the Jesuit Jacques Berthieu. There is a shrine to his memory in Ambiatibe, where he was shot after a painful 12 km journey under mistreatment by his persecutors. These people, the Menalambas, were opposed to the French presence on the island. They considered all the French as enemies. But they had a particular abhorrence for the missionary Berthieu because, in their view, he weakened the potency of the idols that sustained the power of the traditional authorities. This complex political and religious situation is what led to violence.

During his visit to the Province of Madagascar at the beginning of October, Father General Arturo Sosa visited the shrine of St. Jacques Berthieu. He blessed the last ‘station’ of the Way of the Cross of Father Berthieu and other monuments on the site of the shrine. He celebrated Mass with the youth and people of Ambiatibe. He had the opportunity to hear the director of the shrine, the Jesuit Pierre André Ranaivoarson, tell him about the pastoral work of the shrine, which connects the Way of the Cross of the Malagasy martyr with the Spiritual Exercises of St Ignatius. 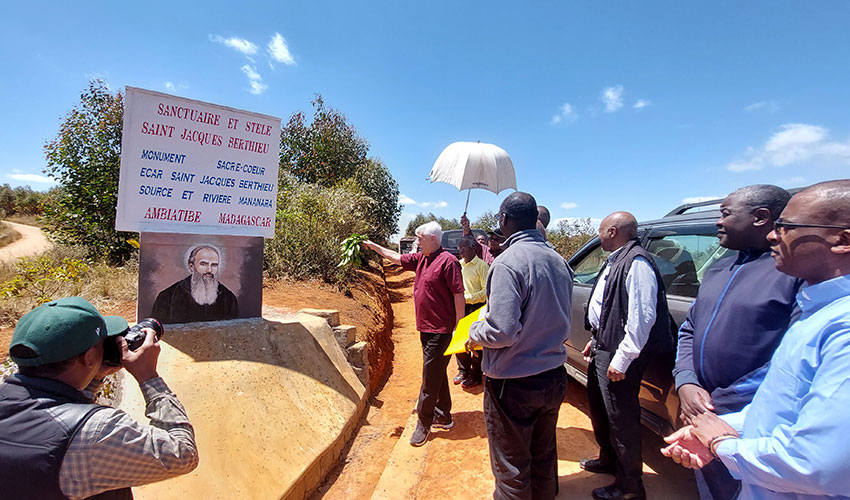 Father Pierre André emphasised how this shrine is much more than the land on which the church and the shrine’s hospitality structures are built. In reality, it is made up of the path of the tribulation and the victory of Father Berthieu, from the village of Ambohibemasoandro to the river of Mananara, near Ambiatibe. It is thus a shrine spread over 12 km, including villages, churches, springs and dykes, where the Jesuit faced violence and where he testified to his steadfastness to his faith and his union with the suffering and risen Christ.

Jacques Berthieu was already a diocesan priest in France when he joined the Jesuits. He was attracted by the Spiritual Exercises, which united him to Jesus. During his novitiate, he also discovered the grace of the Sacred Heart of Jesus, not as a simple popular devotion, but rather as a profound attachment to the mystery of the suffering, death and resurrection of the Lord Jesus. The Sacred Heart, he would say, encompasses the whole faith.

And so, from the moment he was captured in a Protestant village - a Protestant family was seeking to shelter him - the Spiritual Exercises sustained him as he confronted the physical, verbal and moral violence of his executioners. He saw the Exercises as a powerful and effective spiritual tool for bearing witness to a bold and courageous faith in Christ. The meditations on the “three degrees of humility” (Sp. Ex. 165-168) and the “Ad amorem” (Sp. Ex. 230) particularly sustained him. The Ignatian spirituality of the Exercises did not cease to motivate his attachment to the Lord throughout the path of martyrdom that he undertook. It was there that he found the strength to affirm: “I prefer to die rather than renounce my faith”. 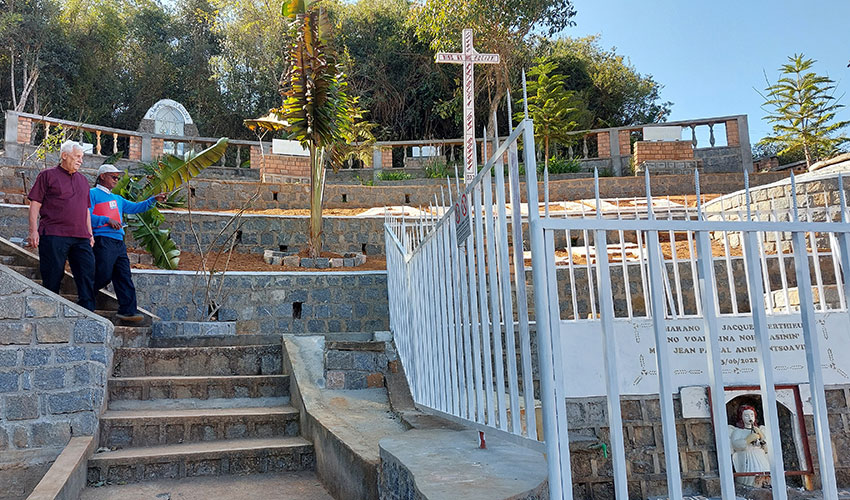 It is in this spirit of closeness to Christ that the present shrine of Ambiatibe welcomes pilgrims. It allows them to experience the power of liberation and commitment that the Spiritual Exercises of St Ignatius convey. This is done in the Malagasy cultural context, in a mainly rural environment with long traditions of popular religiosity. But the simple and authentic, real and realistic way of living the faith, of praying, of loving and of hoping in Christ who died and rose again, this way which was that of St. Jacques Berthieu, inspires the whole pastoral work of this holy place.

The spiritual source of the Spiritual Exercises allows the updating of rites and religious practices. It makes relevant for today the emphasis on the Word of God and the Gospel, the centrality of the Eucharist, the devotion to the Sacred Heart, the respect for marriage, the fight against all forms of idolatry, and the love of neighbour and enemy. These are all part of the spiritual heritage bequeathed to us by the Jesuit missionary Jacques Berthieu 125 years ago.

View the photo gallery of Father General’s visit to the shrine of Saint Jacques Berthieu: the blessing of the historical sites, followed by the Eucharist celebrated on the shrine grounds. 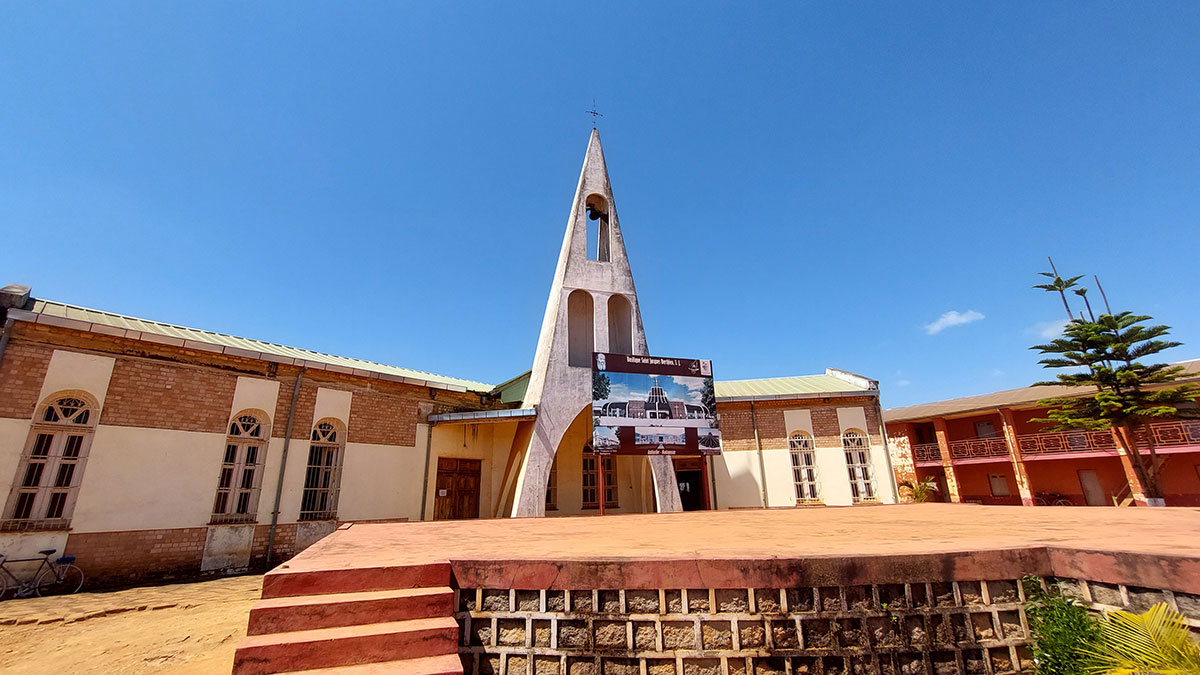 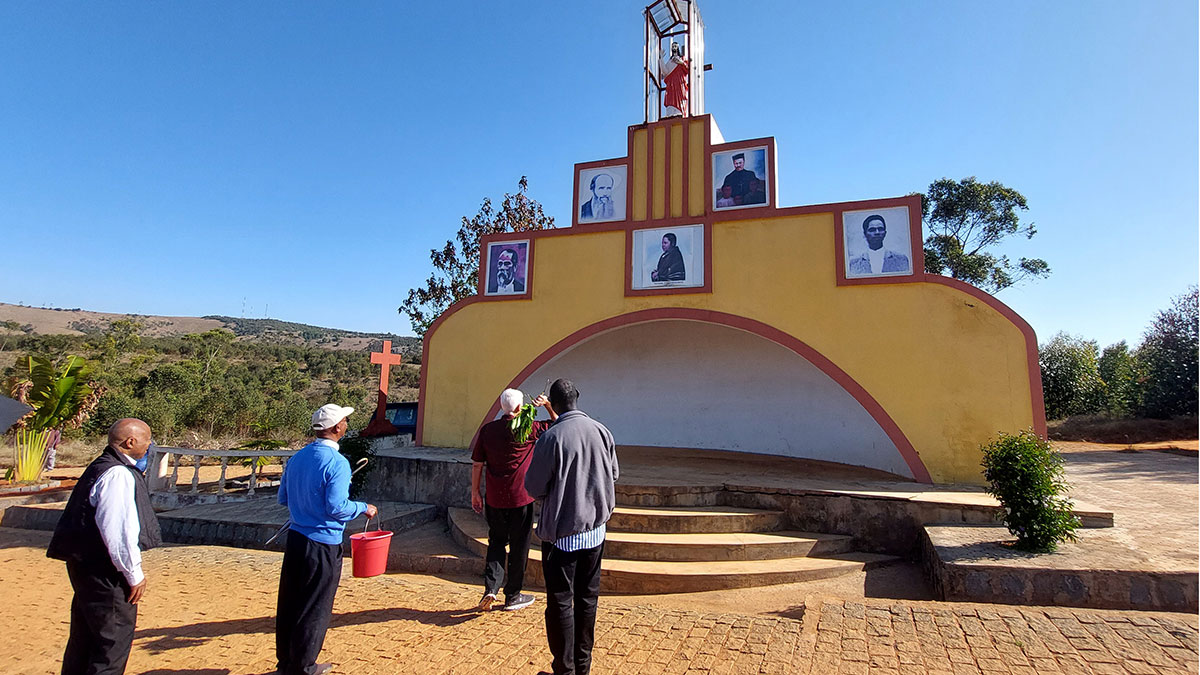 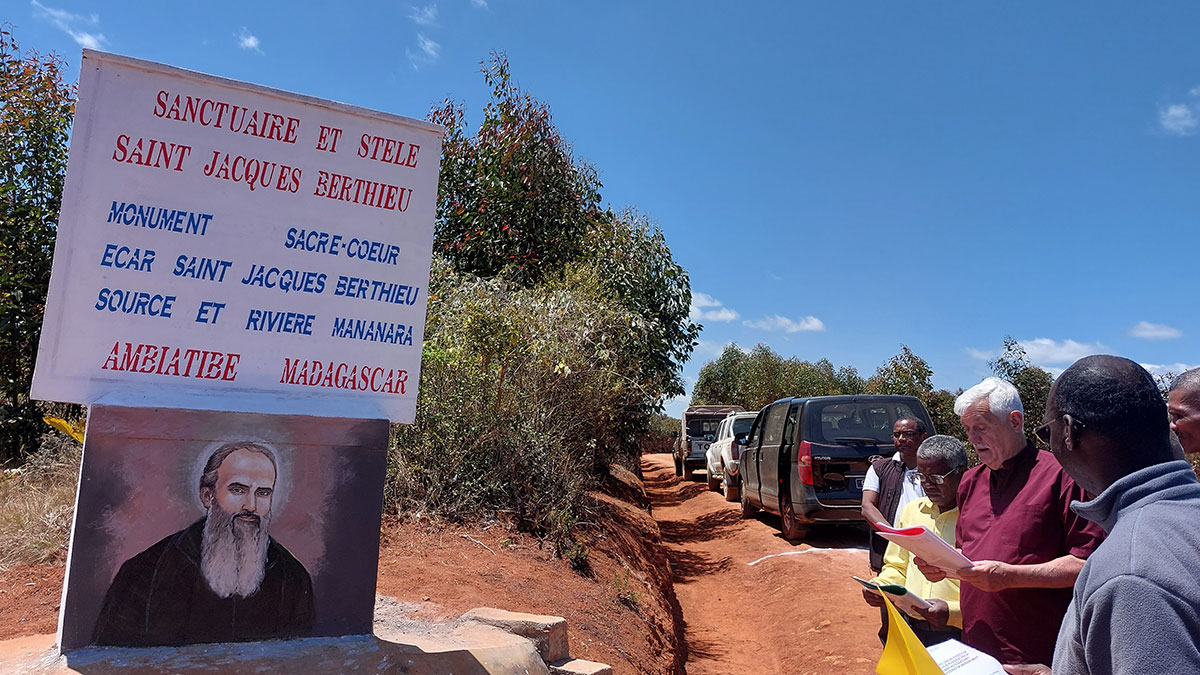 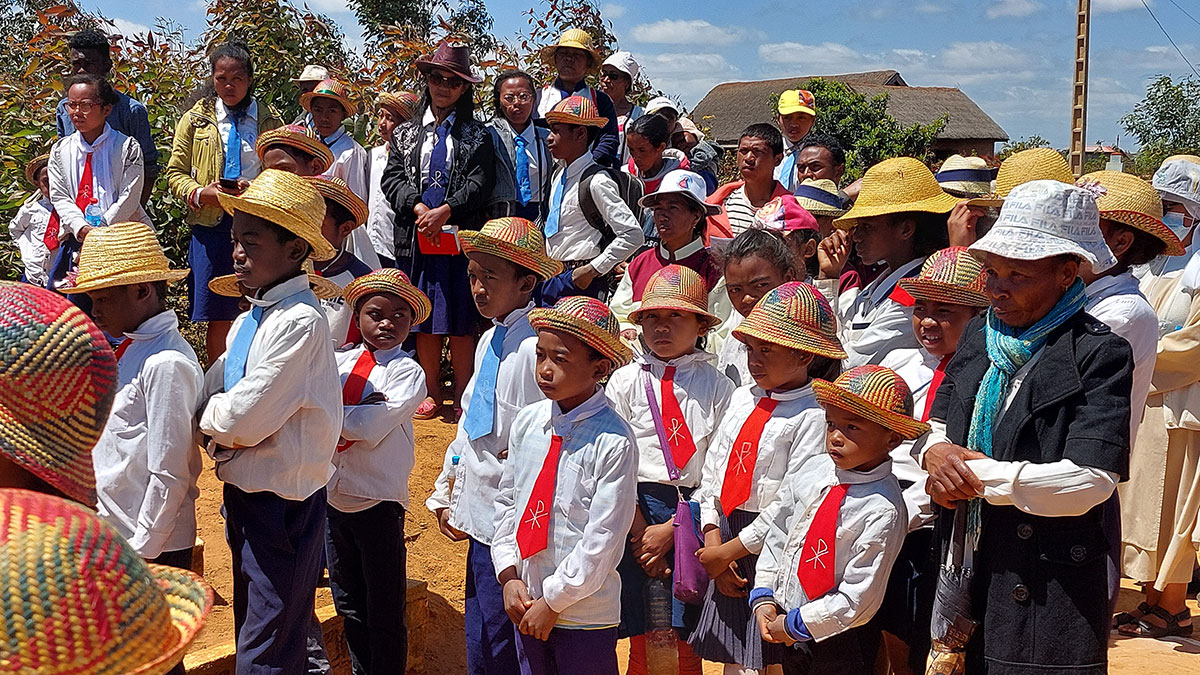 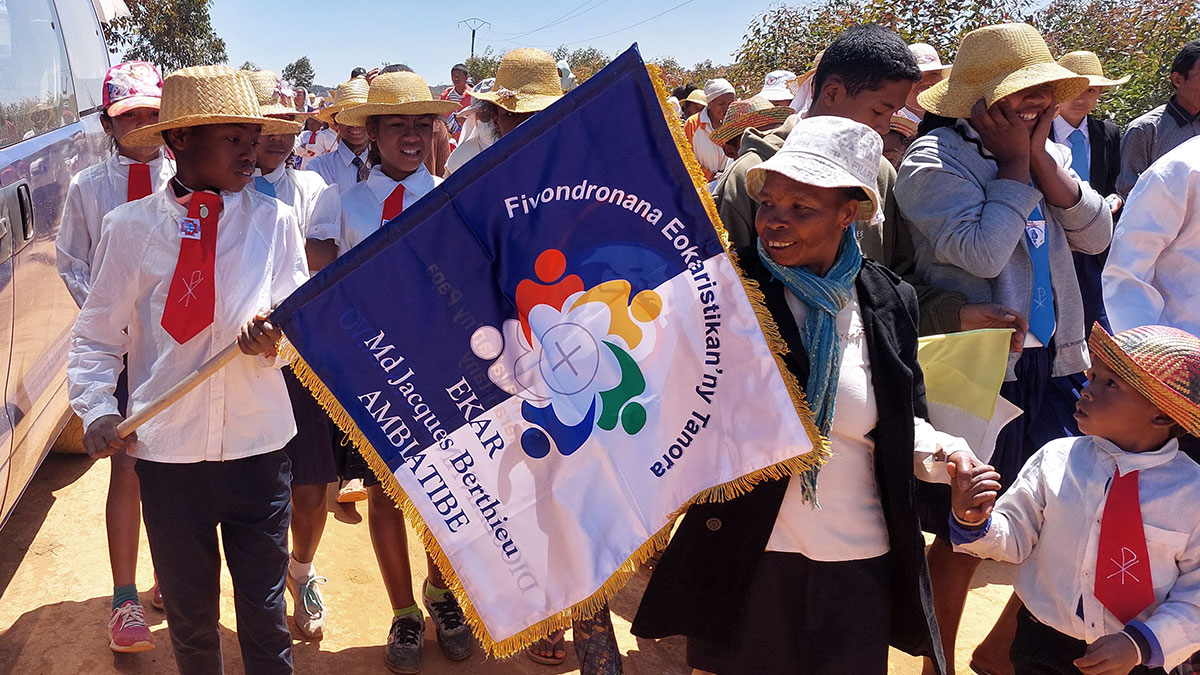 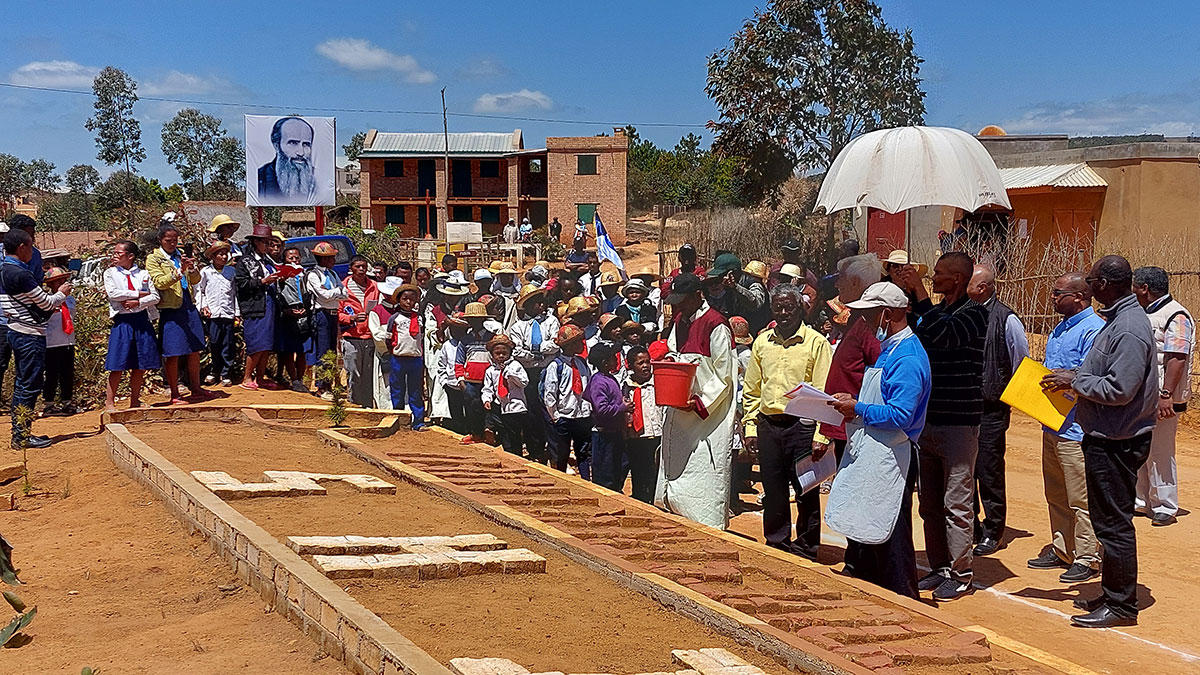 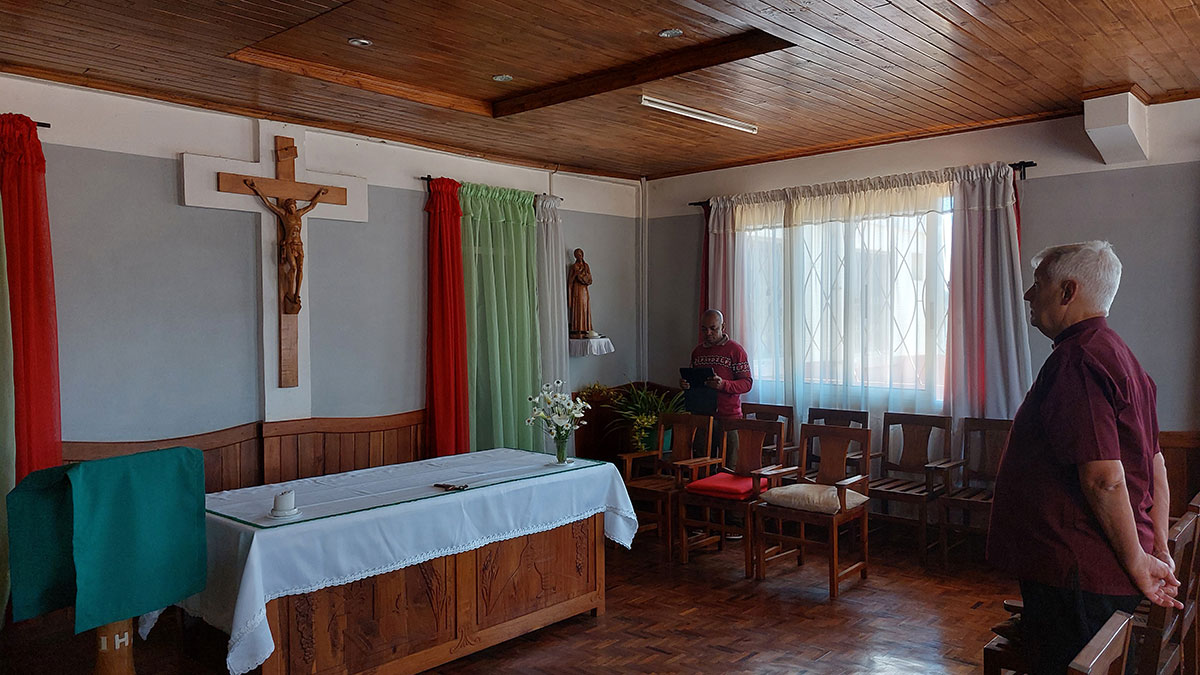 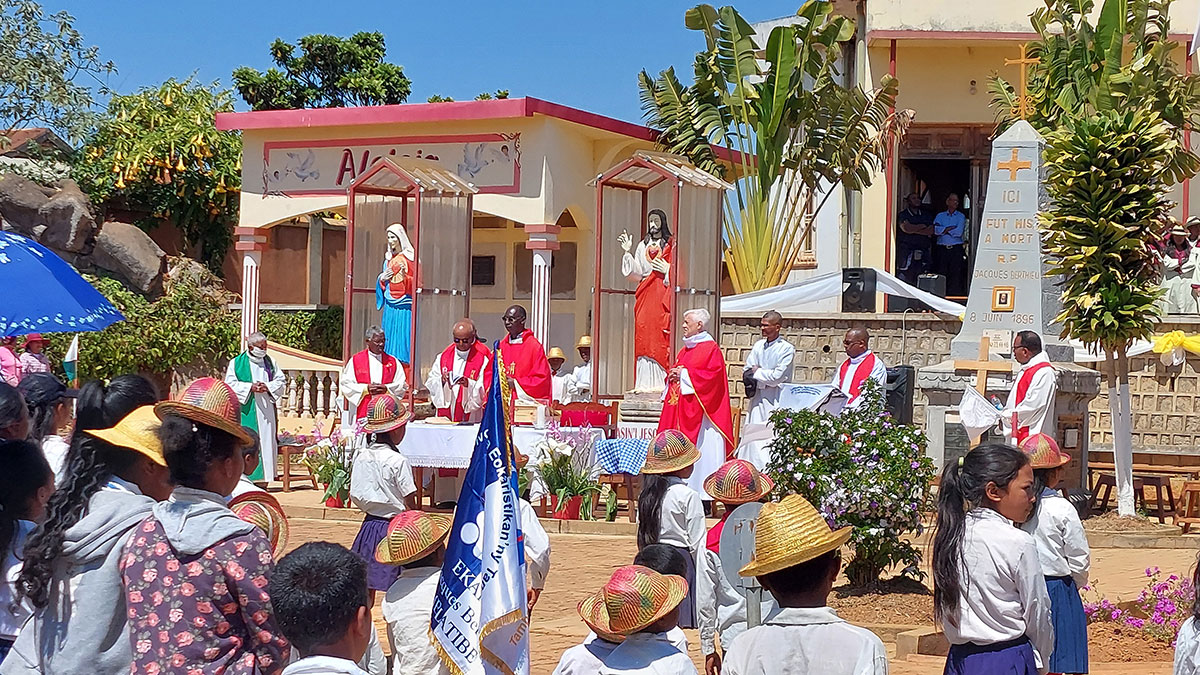 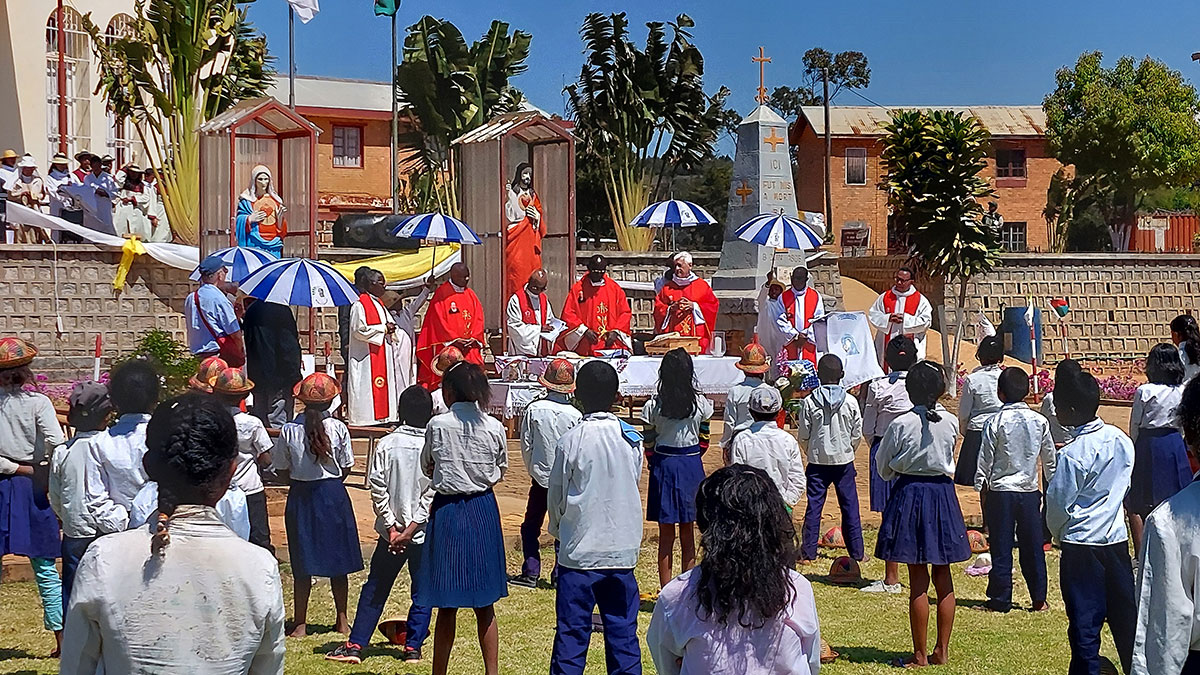 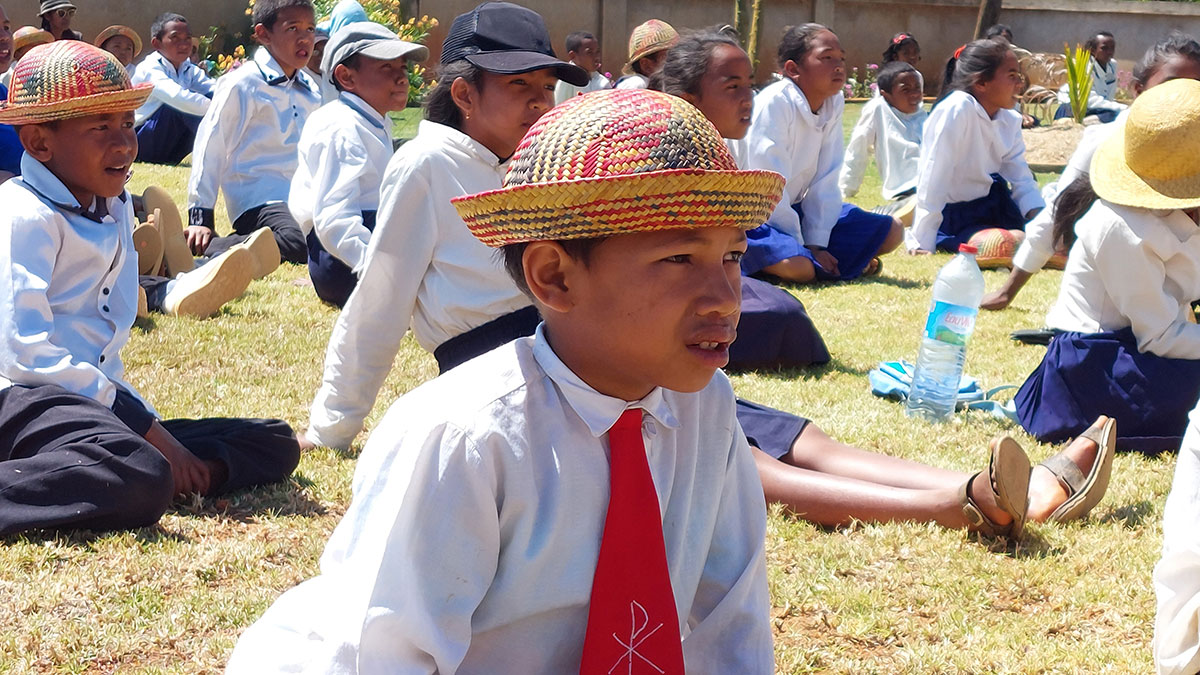