Bevalala: Demonstrating the Jesuit approach to education and development

Few Jesuit educational institutions include stables and chicken coops. The Jesuits are better known for general education at all levels than for vocational training. In Madagascar as well, the Society of Jesus runs many schools and higher education programmes. In a poor country like this, however, the Jesuits have chosen to invest heavily in a vocational training centre in Bevalala, south of the capital Antananarivo.

The coordinator of the Bevalala CFP is Jesuit Jacques Mananto, who summarises for us the history of this exceptional institution:

“When the Bevalala Professional Training Centre was created in 1973, the aim was to provide training for young rural people who wanted to become entrepreneurs in agriculture and animal husbandry. In an effort to modernise and professionalise traditional practices, the centre offered, and still offers, ten intensive two-week training modules on the basics of agriculture and animal husbandry. The modules include rice growing, dairy cows, poultry, fruit trees, vegetable crops, etc.

In 1985, a new kind of course was created, masonry, and a few years later the centre became a high school.

In 1993, the centre’s 20th anniversary, a university section was created that included a school for agriculture (the École supérieure professionnelle agricole - EPSA) and a school for construction and public works (the École supérieure de bâtiment et des travaux publics - ESBTP). These are all part of U-Magis - the Society’s global project for higher education in Madagascar. These institutions offer academic training up to Master’s Level for those who want to go further.

Because this is a vocational school, various productive farms (dairy cows, chickens, pigs, cheese factory, etc.) have been set up to provide pedagogical and financial support. There is also a construction co-operative. Overall, the school’s production environment aims to provide useful skills to those who graduate and so to make them highly employable.” 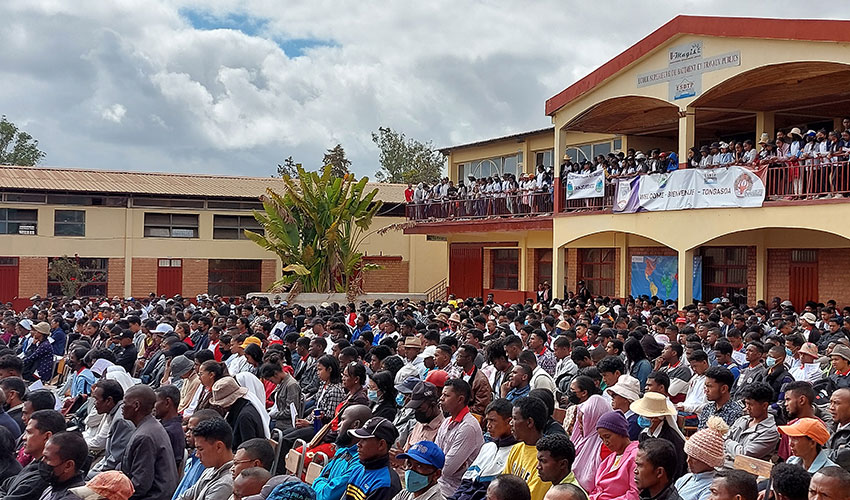 A serious question occurs to us: is the project working? Madagascar is a country that is suffering greatly; poverty has increased in recent years; and young people may find it difficult to hope in the future. What does an institution like this Training Centre do, and what can it do even better to contribute to the country’s development and to fight against poverty? We asked Jacques Mananto:

“Poverty is unfortunately gaining ground in Madagascar. This is the great paradox of this country, which has not experienced war but has been sinking deeper into poverty since independence in 1960. Yet the country is rich in natural resources, and its population, especially its youth, is its greatest asset.

We believe in Madagascar’s development potential, and we are counting on its youth and on the resources of its countryside, including agriculture and livestock, to serve as a lever for development. In our view, education is the main key to overcoming poverty and spurring the country’s development. At the Training Centre, we have chosen the most promising fields of activity, based on production and direct development of the country’s wealth. Many private schools offer courses of study in the tertiary sector that are more fashionable, such as commerce, administration, and services to businesses and institutions. However, these courses do not offer sufficient employment opportunities.

Our perspective is bearing fruit: Bevalala is recognized in the agribusiness sector in Madagascar. The biggest challenge for our alumni is finding the financial means to start their own projects, because banks remain inaccessible to young people without collateral.” 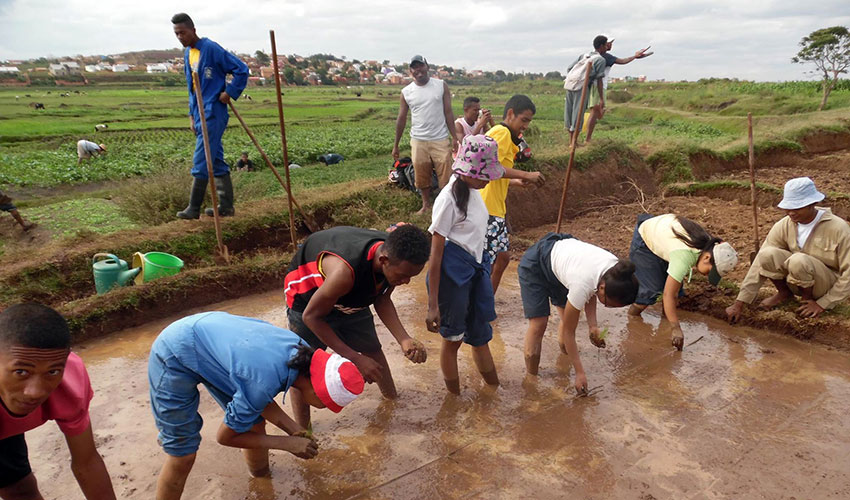 How does the Bevalala Vocational Training Centre fit into the apostolic plan of the Province of Madagascar, and how does it fit into the framework of the Universal Apostolic Preferences of the Society? Once again Father Jacques:

“A project like Bevalala clearly demonstrates the nature of Christian charity and the Jesuit approach to education and development, which consists in offering young people the means to take control of their own destiny. Instead of simply giving them food, we offer young people the skills they need to produce their own food. In this way they discover their own potential and the richness of our country.

We want to be a driving force in the Province for the implementation of the Universal Apostolic Preferences, especially for environmental protection and the accompaniment of young people. Last year we opened a centre for spiritual and ecological inspiration, named for our former Superior General, Adolfo Nicolás. It is intended to be a place for research, training and dissemination of good practices in ecological and environmental matters. The centre is open to the six parishes run by the Jesuits, to the six surrounding municipalities and to all the public and private schools in the southern part of the capital. We hope to welcome more than 10,000 visitors this year.

For the 800 or so young people who attend our various programs here in Bevalala, the UAPs truly offer a holistic framework of formation. By committing ourselves to these young people, we put into practice the spirit of the Apostolic Preferences.” 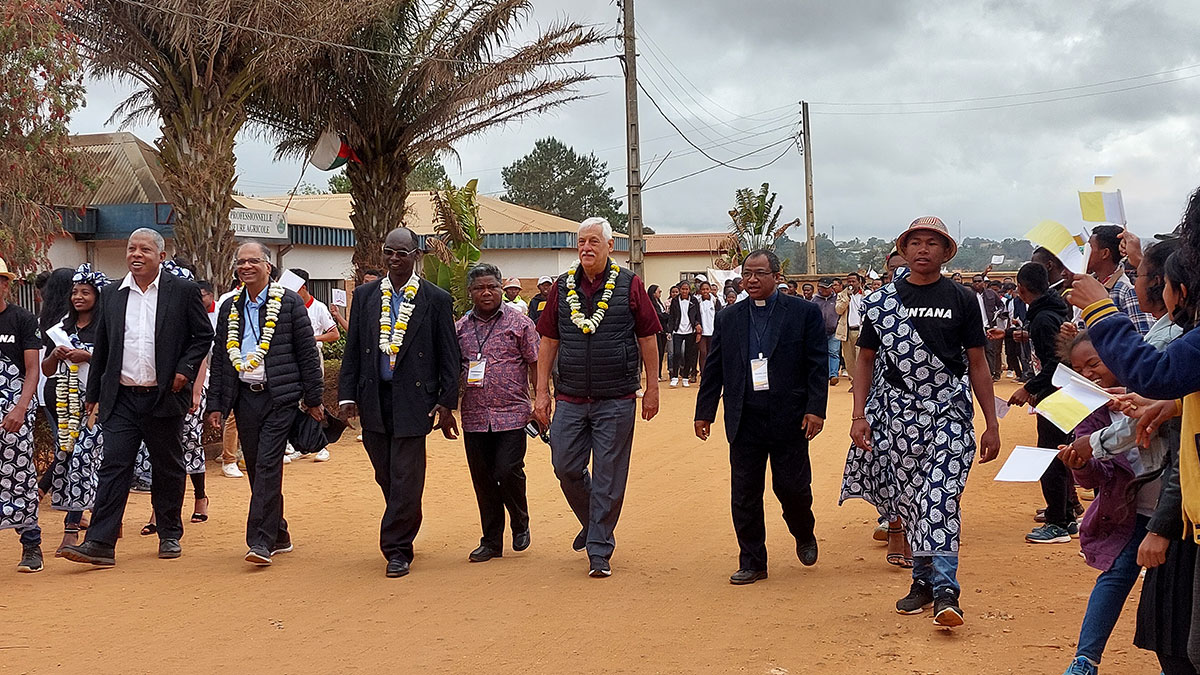 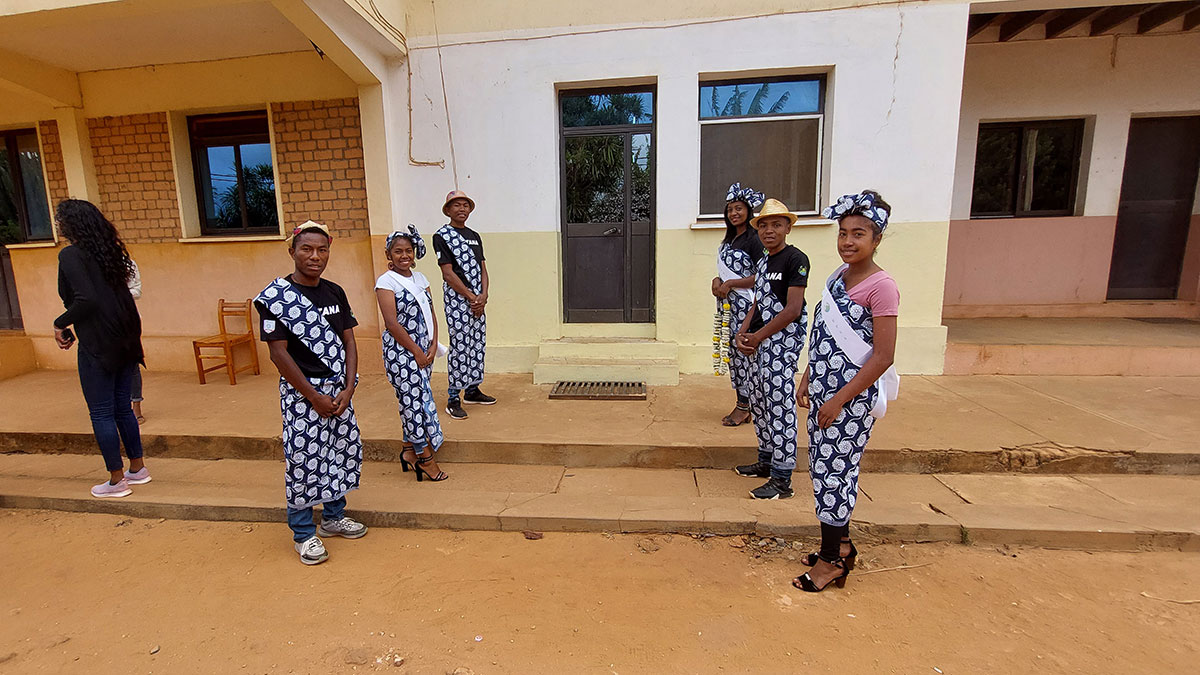 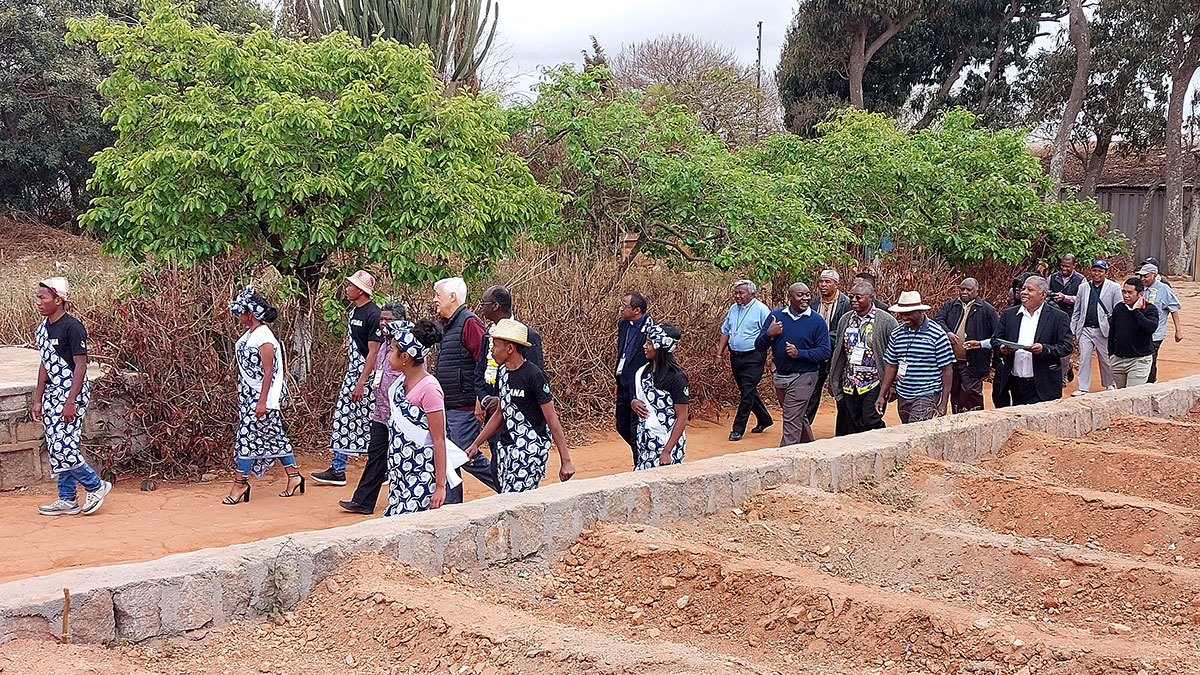 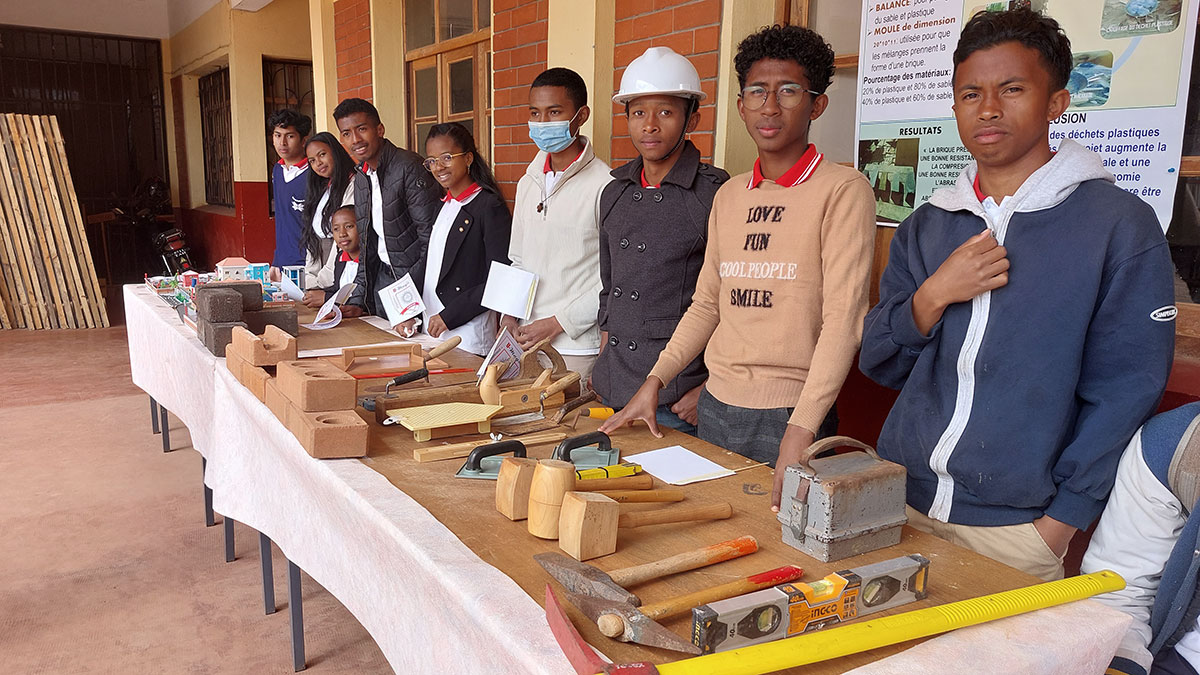 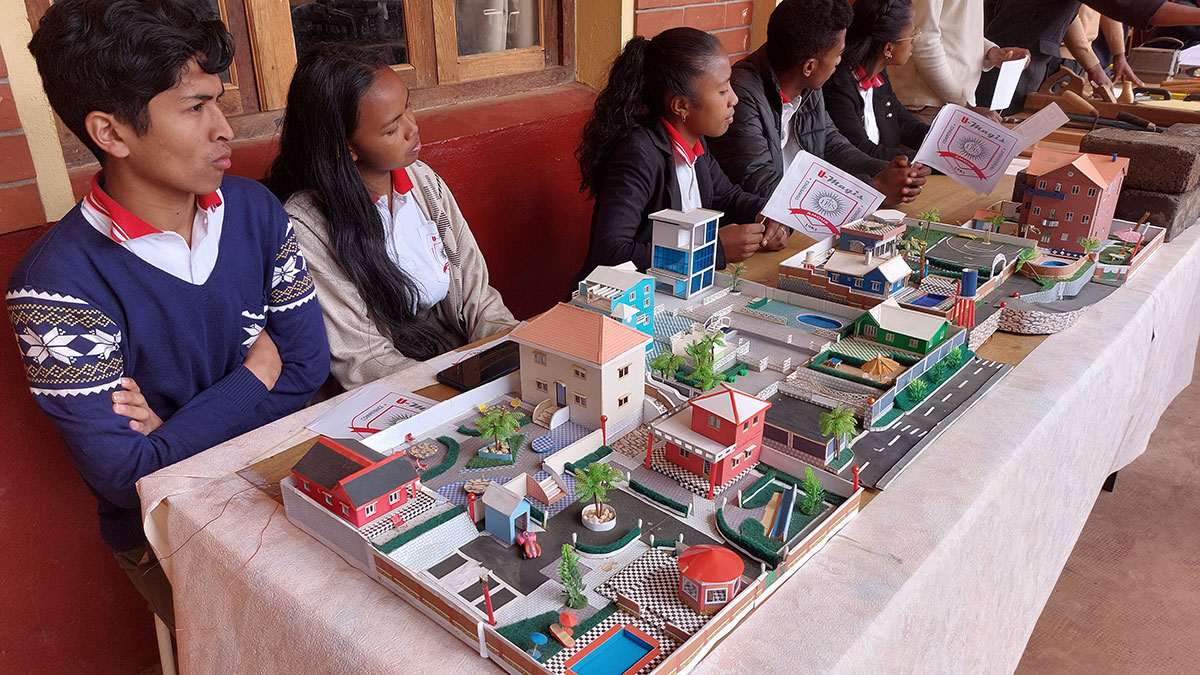 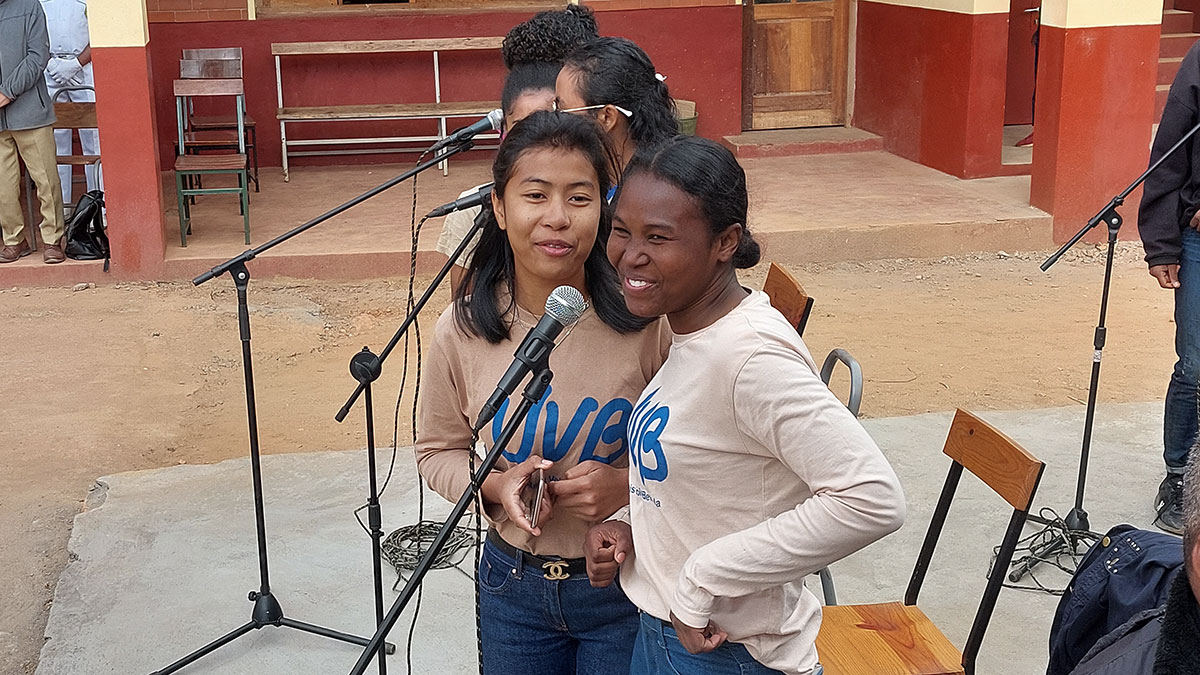 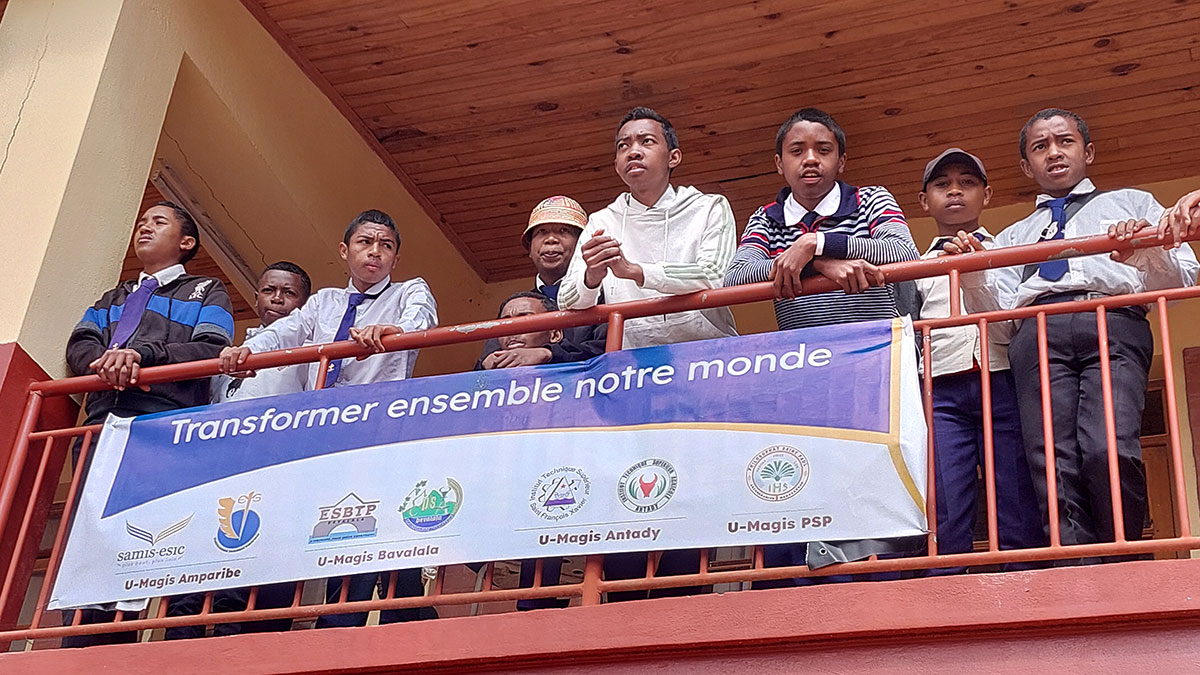 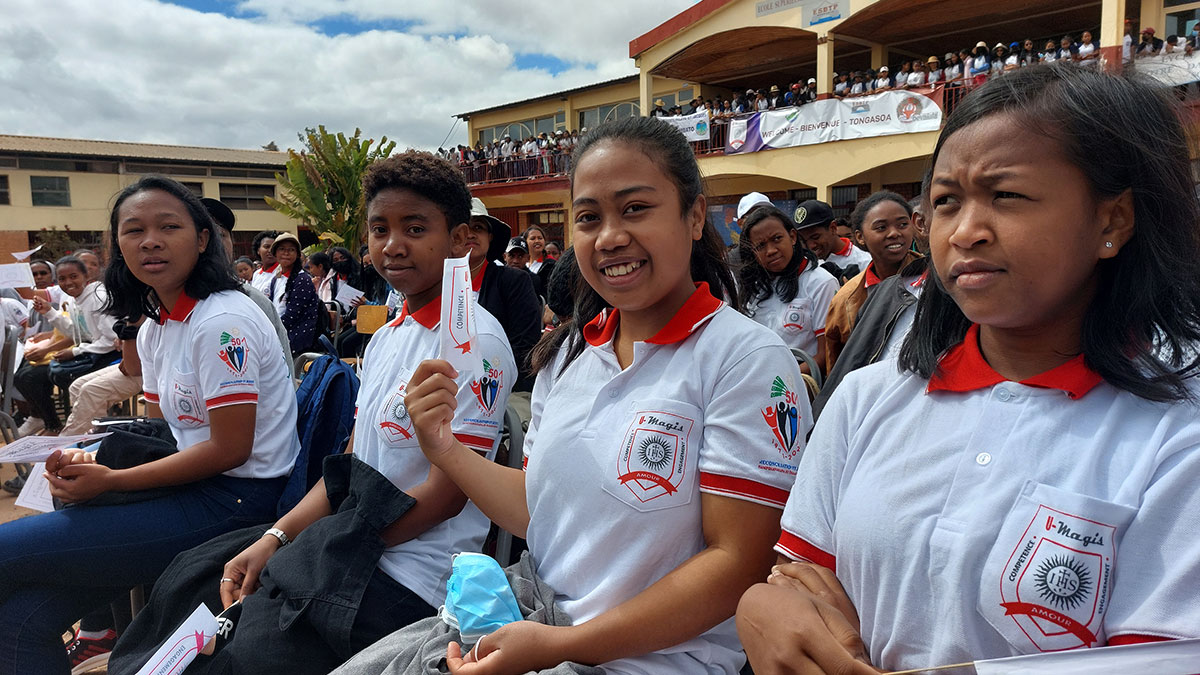 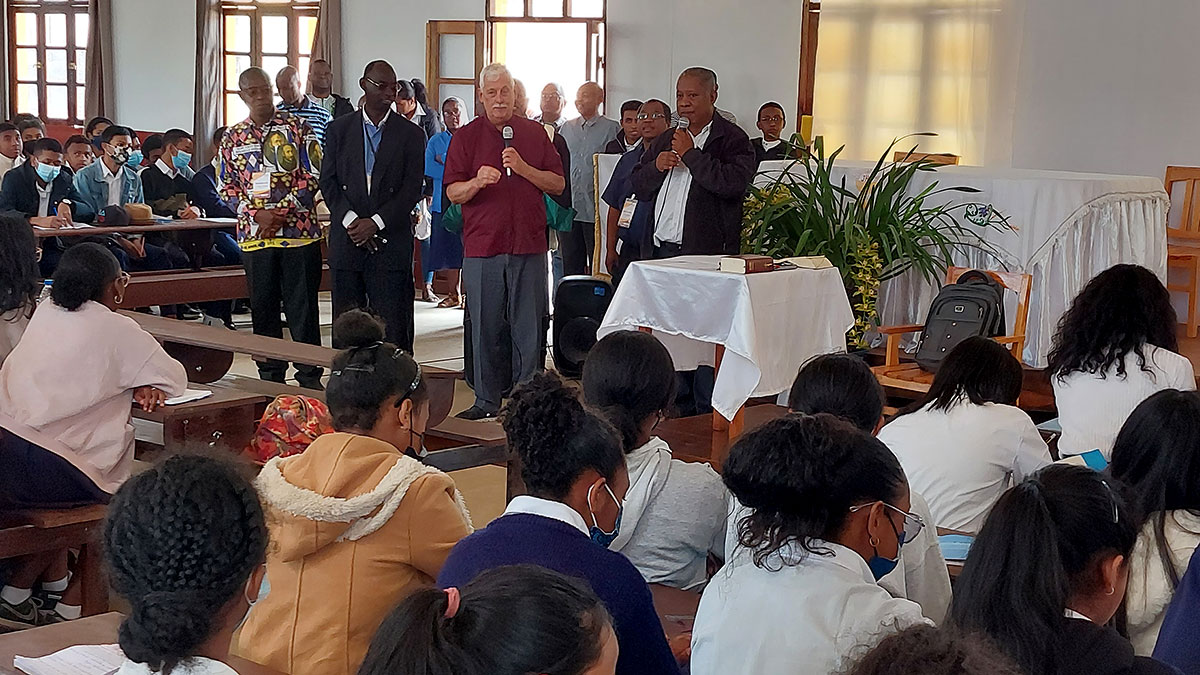 Father General JCAM Education
Share this Post:
Pilgrimage and Way of the Cross in the footsteps of St. Jacques Berthieu
The Centre Arrupe Madagascar, leader in the protection of our Common Home
Posted by Communications Office - Editor in Curia Generalizia