The Centre Arrupe Madagascar, leader in the protection of our Common Home

On the last day of his visit to the Province of Madagascar, Fr. Arturo Sosa, Superior General, spent some time at the Centre Arrupe Madagascar. He is familiar with the social centres of the Society of Jesus in Latin America and could notice the similarities between them and the Centre Arrupe Madagascar (CA-MDG). The latter focuses on training and awareness raising in four areas: environment and sustainable development, citizen participation and economic efficiency, health and family ministry, research and documentation (in particular for the publication of the results of the centre’s scientific work).

Each team had the opportunity to present its fields of involvement and methods to Father Sosa. The Director of Programmes, Patricia Tahirindray, gave an overview of the vision, mission and activities of the CA-MDG. The visit ended with a time of prayer in the chapel with the whole team. 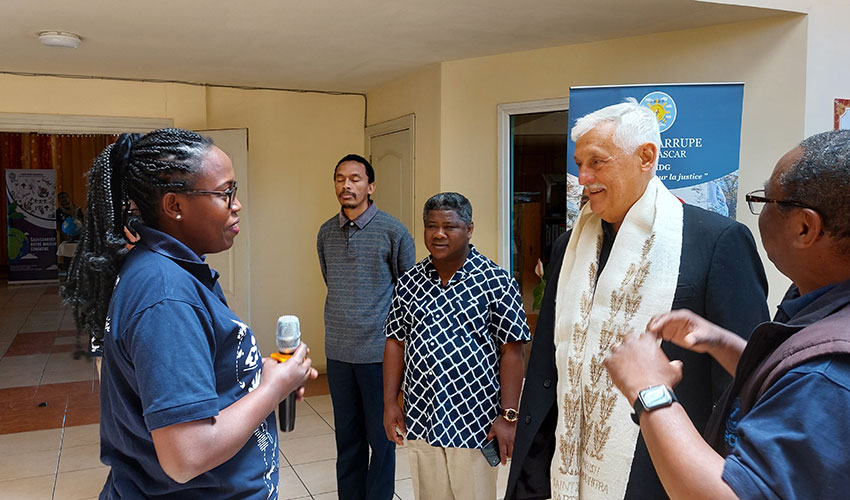 Father General welcomed by the Director of Programmes, Patricia Tahirindray.

The director, Jesuit Cyprien Razafinandraina, answered our questions. He emphasised how environmental issues are currently a priority not only for the Jesuit centre but for the whole country. So let us give him the floor.

“Due to its insularity and geographical location, Madagascar is regularly subjected to powerful cyclones that damage ecosystems and destroy infrastructure, especially on the coast. As Madagascar is a large island, the effects of climate change differ from one region to another, including drought, marine and terrestrial erosion, and flooding.

Faced with all these miseries and in accordance with the apostolic programme of the Province of Madagascar, which defines among other things the orientations of the social and ecological apostolate, the CA-MDG has adopted as its vision: “A more just society, a more viable world and a more liveable environment.” Animated by a faith committed to justice, the Centre’s mission is to “promote the search for sustainable solutions to the problems of Malagasy society, in favour of and with the poorest, in the economic, political, socio-cultural, ecological and religious dimensions.”

Every year, the CA-MDG organises events on the environment such as the “Green weekend”, which is a kind of workshop for exchange and debate, and concrete actions such as reforestation. The Centre also organises training and research sessions on the fight against climate change, awareness raising through the media and other social networks, radio programmes, production of environmental education clips of 2-3 minutes each, and songs. We usually work with others, researchers, artists, NGOs, the government as well, through the Ministry of Environment and Sustainable Development. We seek to train eco-responsible environmental leaders.” 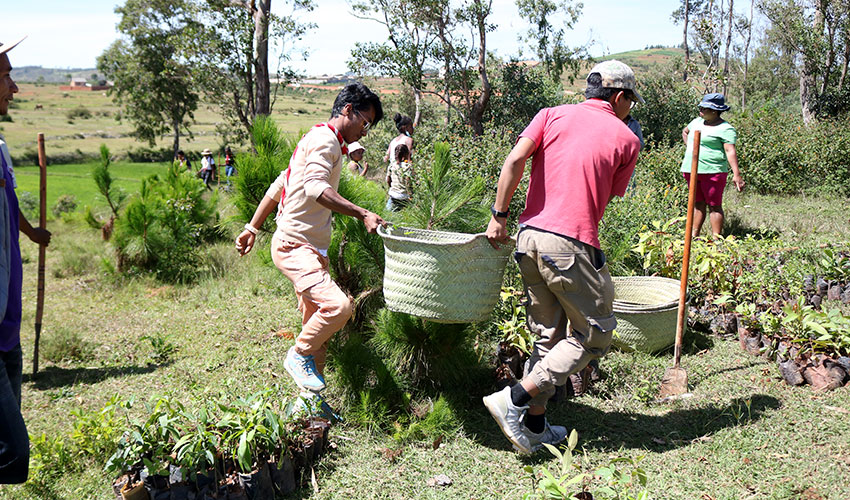 In closing, here are a few testimonies from participants in the CA-MDG programmes or sessions. Let’s start with Marie Orléa Vina, Minister of Environment and Sustainable Development, who comments on the green entrepreneurship training in the south of the country:

“As a young person and as Minister of the Environment, I encourage young people to engage in green entrepreneurship because it is a way to create decent and environmentally friendly jobs.”

And what are the participants saying?

“I have never experienced such a training. It helped me a lot to gain more knowledge and motivation, not only for the preparation of my project, but also in my personal and professional life. I hope that this initiative of the Centre Arrupe Madagascar will not stop here, but that we, the beneficiaries, will get the necessary support in the realization of our green entrepreneurship projects, after the training.” (Mbola Sorotombake)

Two young people from the Catholic Scouts Association organised conferences and sessions in their diocese. From being participants in the CA-MDG sessions, they became trainers.

“I received a lot from the CA-MDG training, including the discovery of other mining regions and more information and knowledge about the encyclical Laudato Si’ on the safeguarding of our Common Home. Following these trainings, I wrote my own project that I am carrying out in my region with Onic Vincent. At the Centre Arrupe we found the inspiration and motivation to make our action plans a reality.” (Jean Eddie)

“Our objectives are, firstly, to encourage young people to respect and protect the environment; secondly, to encourage the creation of environmentally friendly jobs, green jobs. These are jobs that are both economically profitable and environmentally friendly. The forty or so participants are then asked to implement a specific plan, a project that goes in this direction; they have to report on their progress every three months so that we can support them.” (Onic Vincent)

Look at the photos of Father Sosa’s visit to the CA-MDG. 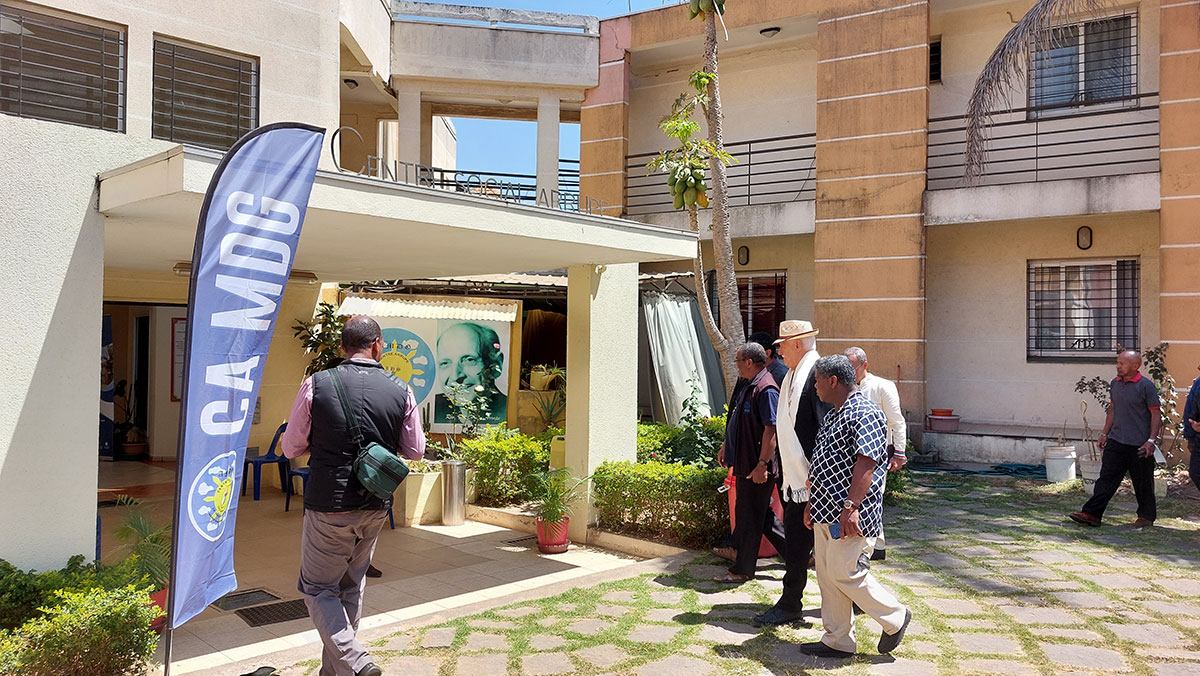 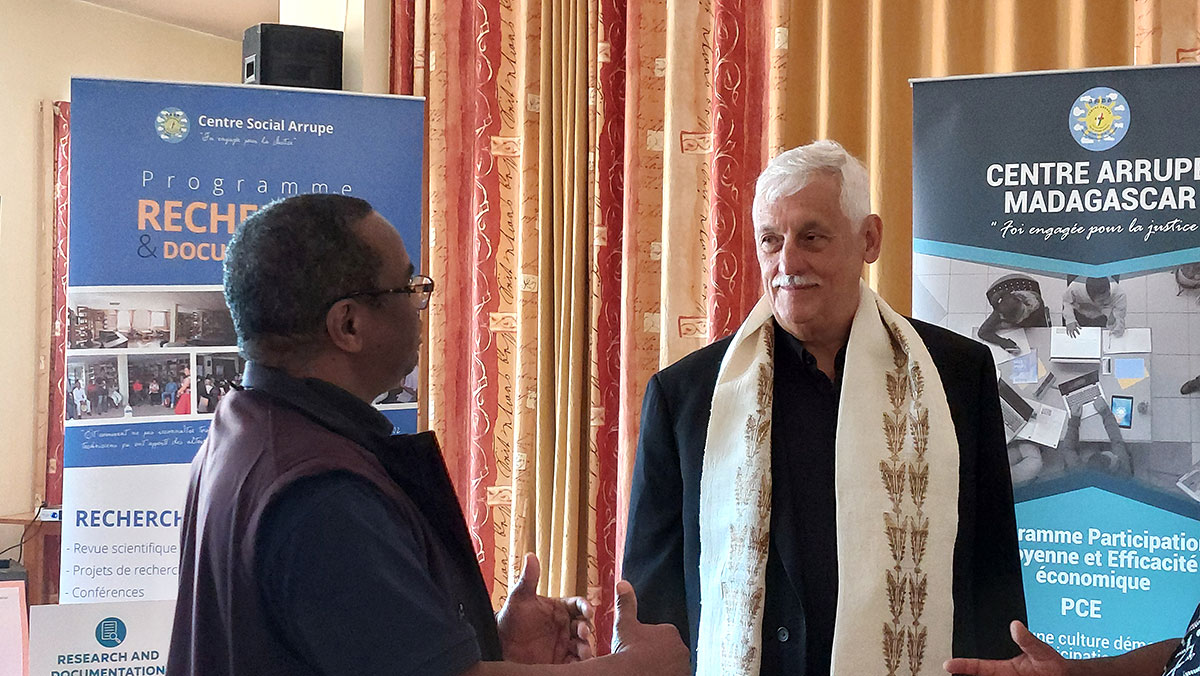 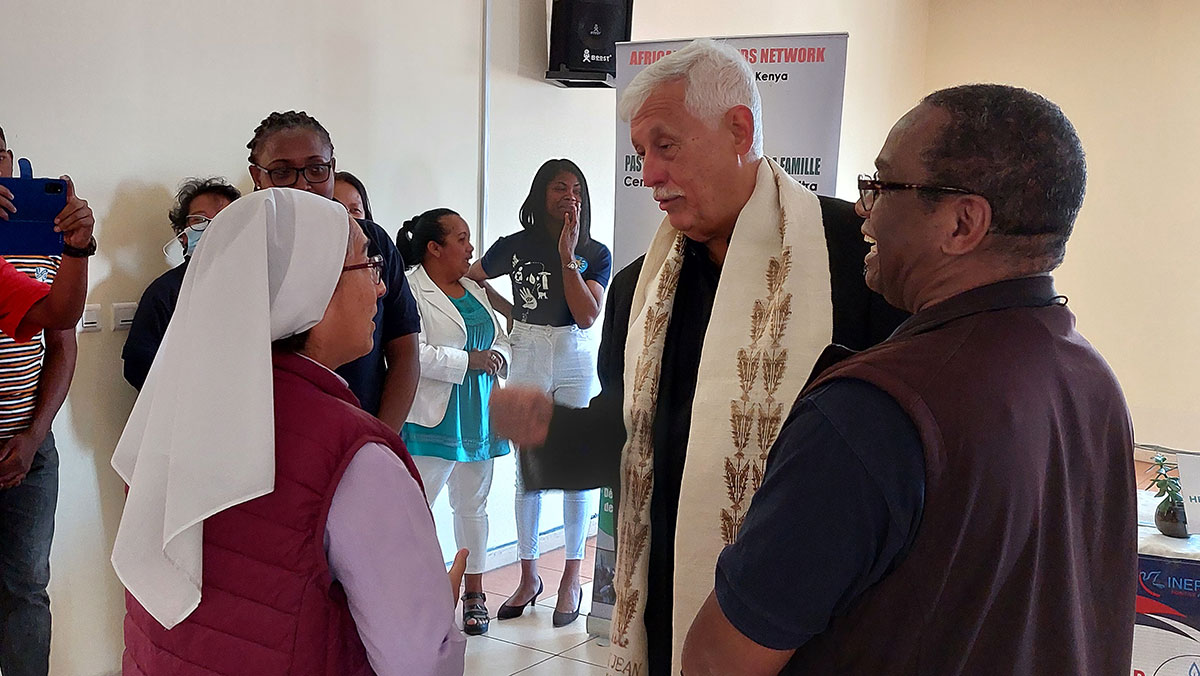 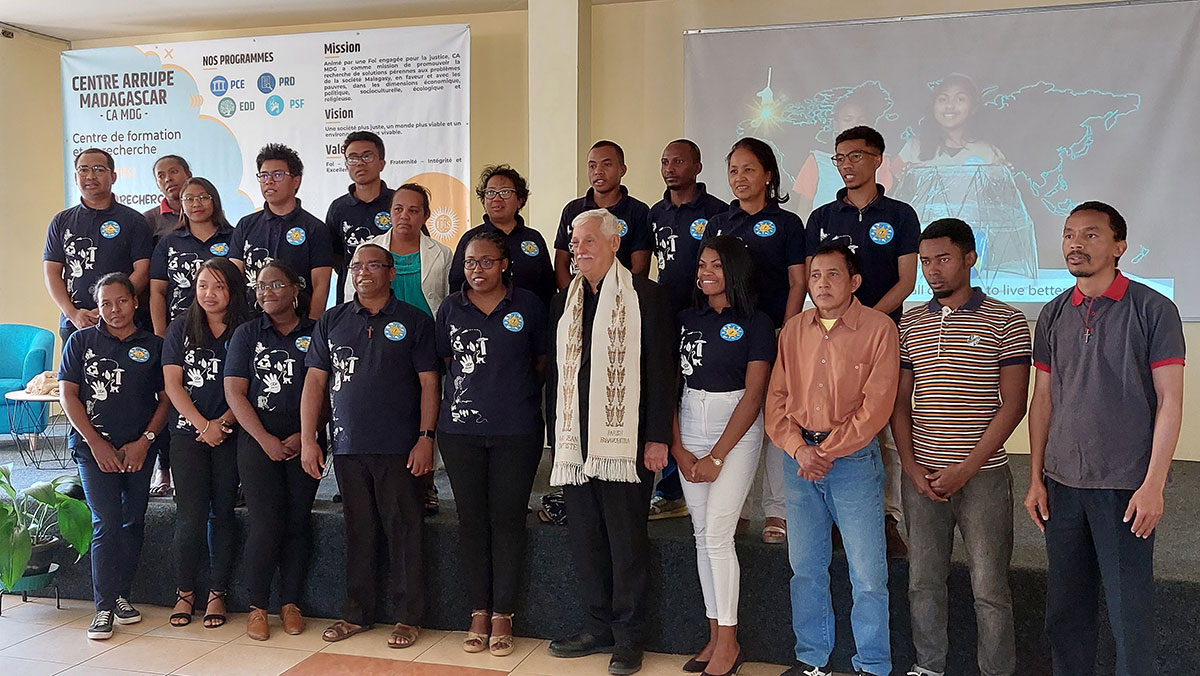 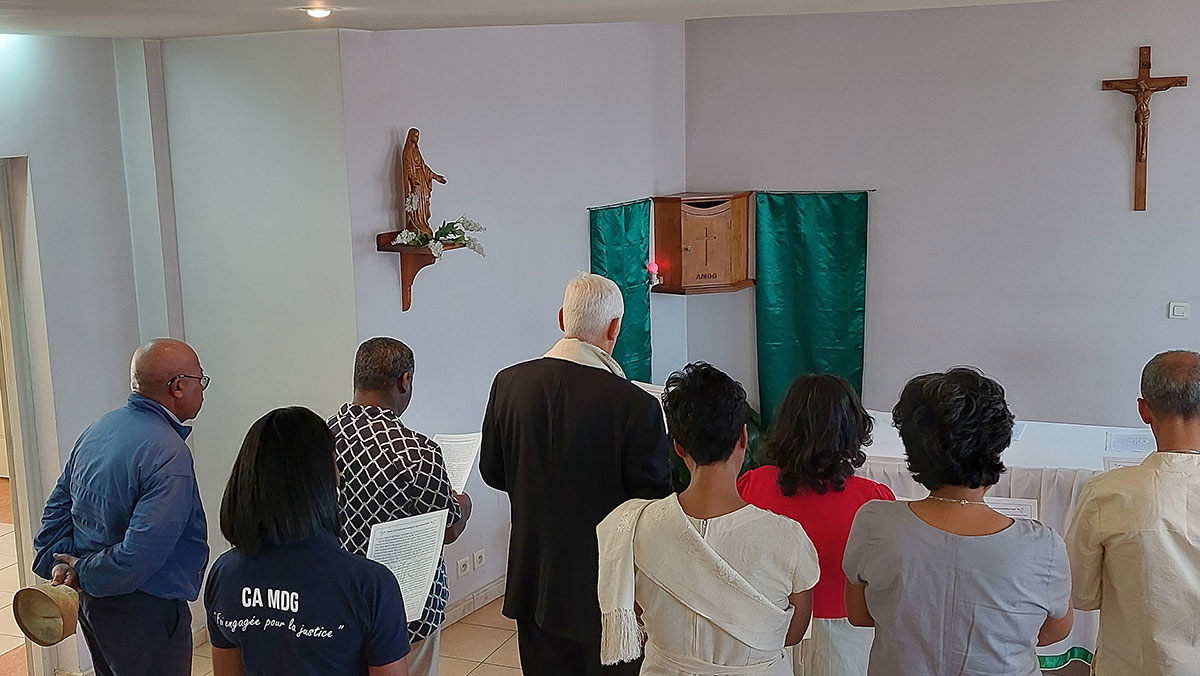 You can also watch videos from the mini-series on the environment “Tranobe iombonantsika” (Our Common Home). For example:

I am the Forest (English subtitles)