What is the impact of Covid on our apostolates? What is happening about the Preferences and are they moving forward? These are some of the questions that the Extended Council of Father General has been looking at during the second week of June. Each one at his own computer, the members met, shared and worked. The Society has to move forward even in the situation of the COVID. The mission cannot stop because of this external challenge.

“These days have confirmed for us the richness of the mission that we received through Pope Francis when he gave us the Universal Apostolic preferences as the road map for assuring the unity of the body and giving the best of ourselves to the service of the mission that the Lord entrusted to his Church”, said Father General.

“Returning to the UAP in the midst of the suffering of so many people throughout the world and the uncertainty about the future of humanity has shown us new aspects of what the Spirit and the Church are asking of us through the UAP”, he added. “We have understood better the deep interrelationship among them and how all of them together can renew our life-mission. We have a renewed awareness of the need for collaboration and of our responsibility for caring for the men and women who are our companions in mission.”

The coronavirus crisis raises one of the most existential questions of our time: “Where is God? Does God care?” In the UK, one in twenty (that’s 5% of UK adults) have started to pray during the crisis, even though they had not prayed before. It shows how pertinent faith is in this time of crisis. How are we helping people to find God in this pandemic? 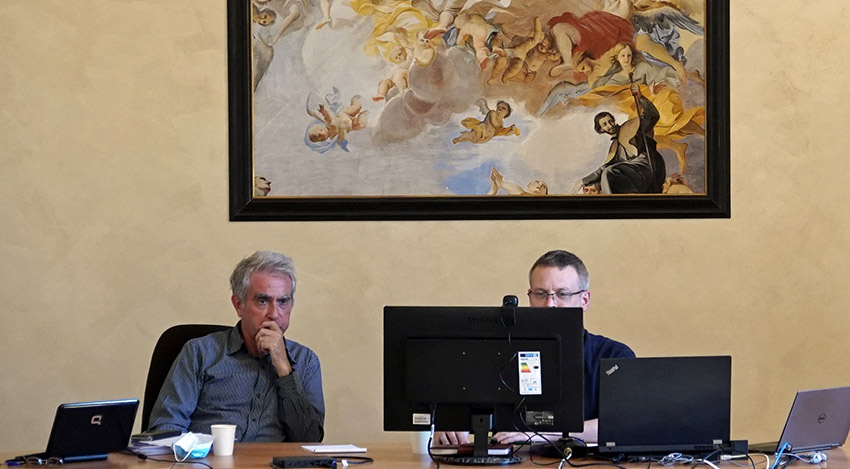 Pope Francis, in an interview that aired on 22 March, said, when asked how he would reach out to people, “The last thing I would do is to tell them something ... what I have tried to do is to make them feel that I am close to them. Today the language of gestures is more important than words.”

During the meeting, challenging questions were asked about our accompaniment of and our closeness to the poor. For example, “Can our Province, Conference and the Society actually hear the call of the poor?” “What can be done about our privileges?” “Are we locked in the upper room in fear or are we staying inside because of prudence?” “What is going on in our hearts?” “Are we offering a message of hope?” “Do we really listen to the poor?”

How are young people struggling and how are we accompanying them? Many of them will have lost their jobs. They are particularly vulnerable because of their recent entry into the marketplace. But many also will be frustrated with the economic system; they know they want change. How can we accompany them to discern what to do about that change - not to just give vent to frustrated feelings but to really also act for change in a way that is effective and that bears fruit? 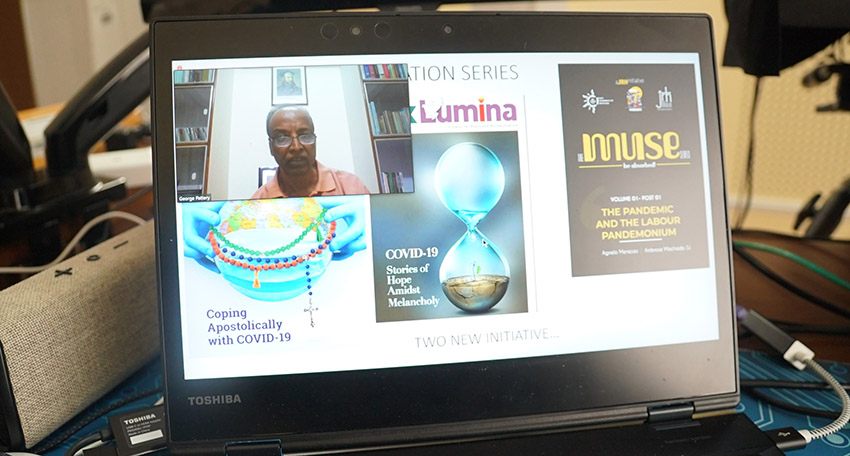 On the agenda of the Council, there was also a look at the ecological situation and the care of our common home. Mauricio Lopez, one of the guests, said that “For those of us who are believers in Jesus, the current moment presents us with a chance to offer the essence of our experience of being fragile followers and redeemed sinners of a product of God’s Kingdom here and now.”

The whole process has been an invitation to reform our reality, step by step, here and now: this is our hope.

During this meeting, we found so much consolation and a sense that the Lord is walking with us - step by step. The Spirit is being creative and, even in this time of suffering, the Society has been richly blessed.

The Consiglio allargato was run entirely online from Monday 8 June to Friday 12 June. Three geographically based group meetings were held every day: the Americas, Africa-Europe and Asia, according to the time zones. During the daily plenary session, the fruits of the groups’ work were shared and an input given for personal prayer.

Father General Curia
Share this Post:
The influence of Fr. Adolfo Nicolás
18 June: a launch and a webinar on migratory flows – with Father General
Posted by Communications Office - Editor in Curia Generalizia