A very discreet plaque on Via dei Penitenzieri, on the ground floor, below the offices of the secretariats of the General Curia in Rome, merely bears three letters: U.S.G. This is, however, the address of an important association in the life of the Catholic Church: the Union of Superiors General, the association of male Catholic religious congregations. Father Arturo Sosa, Superior General of the Jesuits, is currently its president.

This week the Superiors General, like so many other international groups, are meeting virtually for their 94th General Assembly. The physical distance will not prevent the coming together of ideas and the strength of the commitment of religious, priests and brothers, from everywhere. Inspired by Pope Francis, they will try to imagine the future. A new imagination of the possible, with the subtitle: Leadership in the Post-Covid-19 era.

The participants are first invited to reread what has happened in their respective congregations over the past year and to draw from this a reflection on the changing world in which we live. This new context guided them towards defining a new type of leadership. The second stage will be directly inspired by a quotation from Pope Francis who said: “Now is the right time to allow ourselves to be enlivened by a new imagination of the possible with the realism that only the Gospel can offer.” This session will be supported by the expertise of a Deputy Secretary of the Vatican Dicastery for Integral Human Development, Fr. Augusto Zampini-Davies, who is also a member of the leadership of the Vatican Covid-19 Commission. He is an Argentinian who has worked in his own country as well as in England. He specialises in moral theology with a focus on economics and environmental ethics. 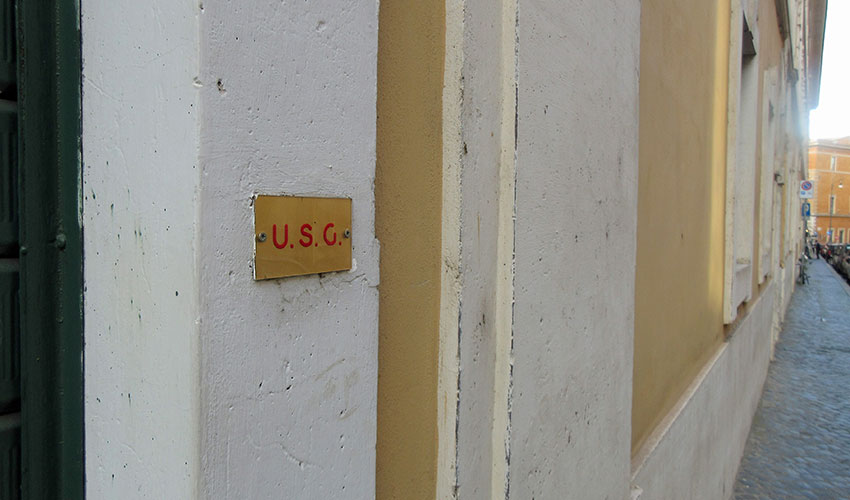 It is worth noting that throughout the meeting, even though the gathering is attended by male superiors, the organizers have called on the expertise of two women for the facilitation and smooth running of their assembly. One, Zanette Johnson, is a researcher and practitioner in the field of interpersonal and labour relations. The other, Zulma Sofia Patarroyo, has a long experience in pedagogy, group facilitation, innovation, and change processes.

The third part of the meeting that will lead to its conclusions will take place in connection with the Vatican Dicastery for Consecrated life, with Cardinal João Braz de Aviz, Prefect of this Dicastery. To support the reflection and prayer, the preparatory material sent to the members highlighted a sentence from the encyclical Fratelli tutti, “In the power of the risen Lord, she wants to give birth to a new world, where all of us are brothers and sisters, where there is room for all those whom our societies discard, where justice and peace are resplendent.” (FT 278)

Father General COVID-19
Share this Post:
That first Mass that never seems to happen
JESUITS – The Society of Jesus in the world – 2021
Posted by Communications Office - Editor in Curia Generalizia