The history of the Patna Jesuits in a nutshell? 100 years of blessings!

On 3 March this year, the Province of Patna, in northern India, concludes its centenary celebrations. In 1919, Pope Benedict XV erected the diocese of Patna and entrusted it to the Jesuits. However, this decision did not materialize until March 1921 when a group of five Jesuits from the United States arrived in Patna. A lot has happened in the last 100 years! If we remember that the bishops of the diocese, which later became an archdiocese, have always been Jesuits, we should perhaps insist mostly on the collaboration established between the Jesuits and several women’s religious congregations. Moreover, the first bishop, Mgr. Louis Van Hoeck, SJ, established a diocesan congregation, the Sisters of the Sacred Heart. Collaboration has been one of the main thrusts of apostolic development in the region.

When the Jesuits of Patna searched through their archives, they identified three moments of trial... which also proved to be moments of grace and blessing.

• The earthquake that struck Bihar and Nepal in 1934. In spite of the desolation, the work of accompaniment and reconstruction done by the Church made it possible to overcome the barriers of caste and religion. The inhabitants of Bihar experienced the compassion of Jesus manifested in the missionaries, men and women.

• In the midst of the struggle for Indian independence, around 1936, the Jesuits made known the aspirations of marginalised and oppressed sectors of the Indian society, such as the “Untouchables” and the “Adivasis.” Their commitment to the poor opened up large territories for evangelisation.

• During the drought of 1965-1967, the starving rural populations gratefully received the compassion of the Church expressed in the distribution of food, but above all in the setting up of “food for work” programmes which enabled the construction of roads, the digging of wells and the building of schools. In the missionaries and their partners, the poor experienced salvation. 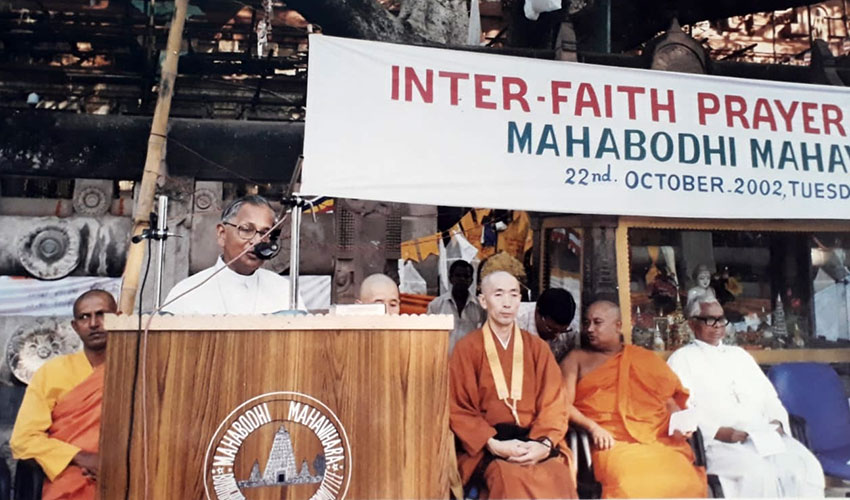 At the end of 100 years of presence in Patna, the Jesuits thank the Lord for three forms of blessings they have received:

• At the organizational level, the Lord has blessed the growth of the Diocese and Province and the scope of services of the various religious congregations.

• At the level of the missionary character of the Church, the Sisters of the Sacred Heart, were founded by a Jesuit bishop. There were many vocations in the region, both male and female, and missionaries were sent, especially from Bihar, to many other territories.

• At the level of the People of God, the mission to the Dalits of Bihar has flourished. The changes brought to their living conditions through pastoral care, education, and medical and social services have contributed to a major transformation of the social fabric of Bihar.

For the hundred-year history of these blessings that continues today, the Province of Patna gives thanks!