He lived much of his life in the silence and humility of those who grow, step by step, as companions of Jesus.

Fr Rutilio Grande was murdered on 12 March 1977, as he was travelling with two lay collaborators in his pastoral mission. This Salvadoran Jesuit is now recognised as an exceptional witness to the faith. On 22 January 2022, less than 45 years after his murder, he is being beatified in San Salvador. The circumstances of the deaths of the three men made it clear that they died because of their Christian commitment. They are ‘martyrs’, witnesses to the faith. He had been sent to minister in poor peasant communities. Testimonies about the strength and quality of this service have been unanimous: in Rutilio Grande the poor came to know “a warm, self-sacrificing, and kind religious. He was ordained as a priest to share life with the community of the followers of Jesus who bear witness to the Good News”.

These are the words of Fr Arturo Sosa, Superior General of the Society of Jesus. He listed them in the letter to all his Jesuit companions at the beginning of the year. Father Sosa recalled that Rutilio was born in 1928, in the small country town of El Paisnal, about 40 kilometres from San Salvador. From his earliest days, Rutilio desired to serve his people; so, in 1941, he entered the minor seminary in San Salvador. It was there that he discovered his vocation to the Society of Jesus. He joined the Jesuit novitiate in 1945, and was ordained priest in 1959. He completed the various stages of his Jesuit formation in Venezuela, Ecuador, Panama, Spain and Belgium. 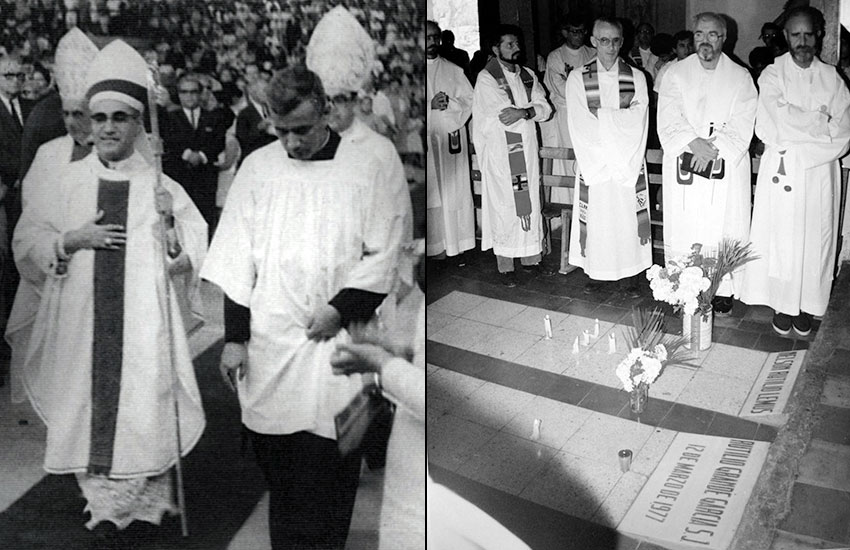 His studies did not distance him from simple, ordinary people. He contributed greatly to the Salvadoran seminarians as prefect of the major seminary, and professor of catechesis, pastoral work, and civic education. But he revealed himself especially talented as the leader of a parish community. He was deeply influenced by the orientations of the Second Vatican Council, and the directions of the Latin American Bishops’ Conference in Medellin (Colombia) in 1968. He grasped the importance of ecclesial renewal through the vitality of Christian communities, as embraced, especially, by committed lay people. He also gradually became aware of the need to transform the inhuman conditions which the unjust structures of Salvadoran society imposed on the poorer peasants. While keeping the difference between pastoral work and partisan activism clear, he walked alongside the poor in their quest for justice and respect. The small, privileged group that dominated the Salvadoran economy felt threatened by the support for human rights that Fr Rutilio and his team gave to the peasants. He was regarded as an obstacle who had to be eliminated.

Rutilio, like his companions Manuel Solórzano and Nelson Rutilio Lemus, gave their lives for the development of the active, prophetic, and formative stance of Christian base communities, The deaths of the three martyrs took place three years before the assassination of the now canonised Archbishop Oscar Romero. The murders of the three martyrs contributed to the archbishop’s growth in radical commitment to the poor, and opened the way to his ecclesial conversion.

Fr Arturo Sosa concluded his letter of 3 January with the following words: “As the Society of Jesus, we give thanks to God for the gift of life of these three men. We unite ourselves through them with the faith of the people of El Salvador and with their efforts to promote the changes needed to make possible a just society which has a worthy place for everyone”.

Milestones in the life of Rutilio Grande SJ