For Jesuits in East Africa challenges are blessings

The General Curia is once again hosting visitors. A "colloquium", a session for 16 new Provincials, appointed during the pandemic period, has just begun this week. We interviewed one of them, the Provincial of East Africa, Kizito Kiyimba.

Kizito Kiyimba, you are from Uganda. Could you tell us a few words about yourself and your vocation? How the Jesuits did won your heart?

I am the second-born in a family of seven siblings, but we were always around ten children in the house. My parents were primary school teachers who taught us to live well together, as good citizens and good Christians. My desire to be a priest goes back to my early childhood. I joined the minor seminary and remained on this path until the first year of theology. The switch to the Jesuits began when Fr. Joseph Galea SJ, one of my teachers, encouraged me to try religious life as a Jesuit. It was quite courageous on his part. But I am grateful, because my many desires for and in the priesthood have only grown in strength and fulfilment since then. 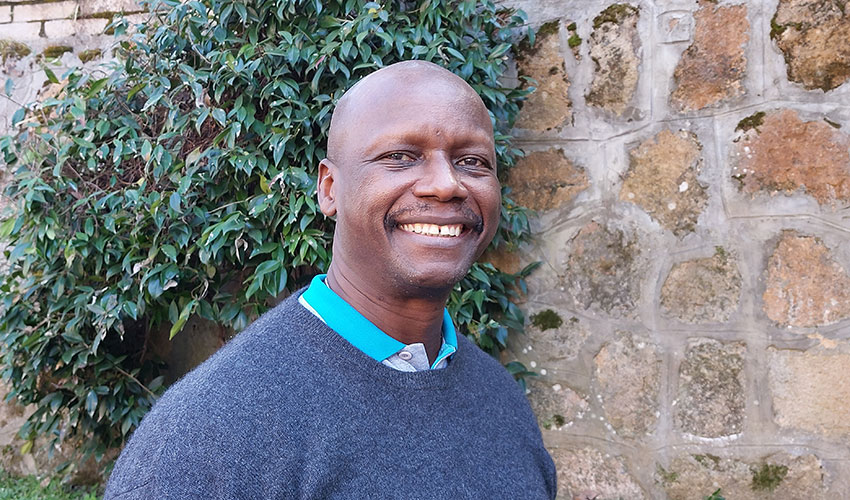 You are serving as Provincial for a large Province in Eastern Africa (Ethiopia, Kenya, South Sudan, Sudan, Tanzania and Uganda). Tell us a few words about the demographics of your Province.

Eastern Africa Province (AOR) is blessed with 227 Jesuits, i.e. 10 brothers, 108 scholastics, and 109 priests. Our average age is about 43 years. We come from all over the world, but an increasing majority comes from the six countries of the Province. We grew by 11 last year. We engage in: schools, parishes, social justice, youth ministry, retreat work, services to the poor, intellectual apostolate, refugee services, media, and prayer for the Church and Society.

There is certainly diversity among the peoples of these lands, among the Jesuits as well. How do you, as Provincial, can create unity in spirit?

We are learning to celebrate our rich cultural and ethnic diversity. As Jesuits, we bear the mission to learn from and teach the people we serve how to live well together and how to think and engage regionally. The bond of our unity as a Province is the urgency and complexity of the work at hand and the keen awareness that we need one another to begin to answer to the call of the Kingdom in this part of God’s world.

You have been Provincial for more than a year. Could you identify the three main challenges you have been facing.

So far, the three major challenges we face are simultaneously three major blessings. We lack funds; we face an urgent and high demand for our engagement as Jesuits; and yet so many of the men are still in formation. At the same time: We are called upon to work with slender means as Jesus Himself chose; we are likely to be relevant for the foreseeable future; and the youth and numbers of companions are a sign of hope. 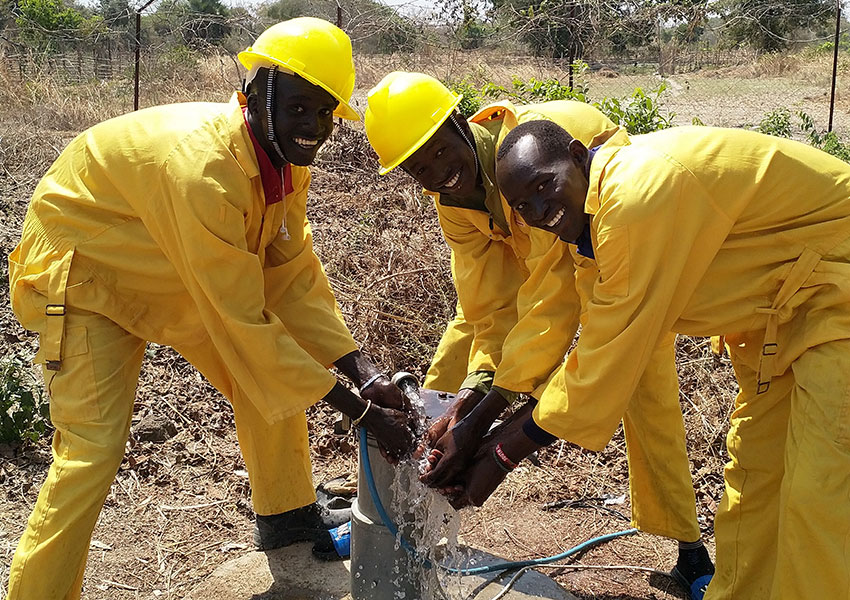 The challenges are blessings in the way we are living the Universal Apostolic Preferences. A recent call for lay people to do the Spiritual Exercises in daily life as part of the celebration of the Ignatian Year was threefold over-subscribed. The hunger for the Exercises is real. We are a home to the biggest number of refugees in the sub region, on top of the rampant poverty. We serve the marginalised. We have the youngest population in the world with four of our countries in the bracket of the top twenty countries with the youngest populations. Our schools, youth accompaniment, and social engagement reach out to them. Around 800,000 people in South Sudan were badly affected by the floods in November 2021. Such needs are greater than our efforts at the Ecological Centre and the Multi-Educational and Agricultural Jesuit Institute of South Sudan (MAJIS), but we are doing something to educate and to influence change.

I can add that thesituation in South Sudan is a vivid reminder and definition of who we are as a Province. We are young as nations and as a Province, the peace we enjoy is a constant vigil to which we must commit as one people. Our presence as Jesuits is a responsibility to create spaces and opportunities for meaningful and lasting dialogue - mainly through education. I dream of a regional peace and reconciliation centre in Juba.

Finally, on a spiritual level, where do you find hope in your daily responsibilities and your role in Eastern Africa?

Growing up as I did in the Uganda of the 70s and 80s taught me hope. My hope right now comes from four sources: the numbers of young Jesuits are increasing steadily; the quality of the men joining us matches the numbers; the need for Jesuits and Jesuit collaborators is palpable; the friends are dependable.

JCAM Curia Education
Share this Post:
The Society of Jesus in numbers – 2022 Edition
“Do not be afraid” – The Annunciation in the Catacombs of Priscilla
Posted by Communications Office - Editor in Curia Generalizia