The love of Christ impels us

The year was 2014, and St. Louis, Missouri, was making international news – for all the wrong reasons. A small suburb in north St. Louis County, Ferguson, had been the scene of a police shooting: A Black youth, Michael Brown, was killed by a white police officer, and the majority Black community had erupted in tense nightly standoffs with a heavily militarized police force. Daily protests blanketed the metropolitan area, in the heart of which stands St. Francis Xavier Catholic Church, or the College Church, as it is more familiarly known. From that vantage point on the campus of St. Louis University in the city’s midtown neighbourhood – an integrated central corridor that serves as a demarcation between the predominantly Black north side of St. Louis and its majority white south side – parishioners watched the nearby events unfold and felt called upon to respond. 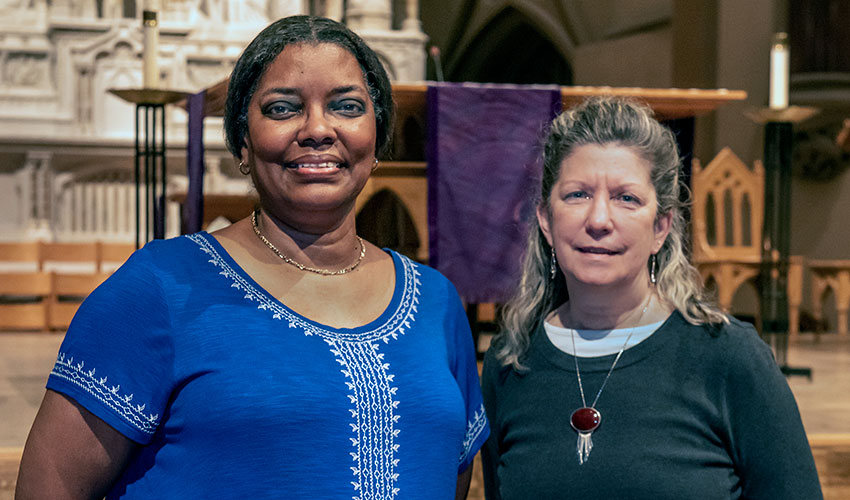 St. Louis has long struggled with its racially charged history. Similarly, the narrative of the Jesuit order and its institutions in St. Louis is complex. There’s the legacy of slavery, i.e., the arrival of Jesuits in 1823 with enslaved Africans in tow whose uncompensated labour would be relied upon to help establish the Missouri mission. Juxtaposed to that legacy is a history of Jesuit ministry to Black Catholics in St. Louis, a ministry that encompassed, at one time, the spiritual care for the city’s entire Black Catholic community. Among those ministers were Jesuit priests who championed racial equality and fought for the integration of St. Louis University, making it the first university in a former slave state to admit African American students. Grounded in this history, carried forward by a thirst for social justice, and informed by a spirit of reconciliation and communion, College Church parishioners formed their response to the unrest in Ferguson.

Following close upon the tragedy of Michael Brown’s death, a group of parishioners – most of whom had been active in the parish’s Social Ministry Commission – came together to form the Racism and Reconciliation Committee. While its members seek to deepen their own awareness and understanding of racism and the structural components of our society that preserve it, this committee has served as the primary outward-facing vehicle for the parish’s antiracism efforts. It provides opportunities, for those within the parish and beyond, for education on topics related to racism; it plans activities to celebrate the contributions of Black Catholics; and it offers forums – frequently in collaboration with a neighbouring, predominantly Black parish – for cross-racial dialogue. Among its most popular and recurring programs is the Lenten Racial Justice Journey, which extends the invitation to pray the Examen after daily engaging carefully curated materials (articles, videos, and podcasts) on the theme of racial justice. 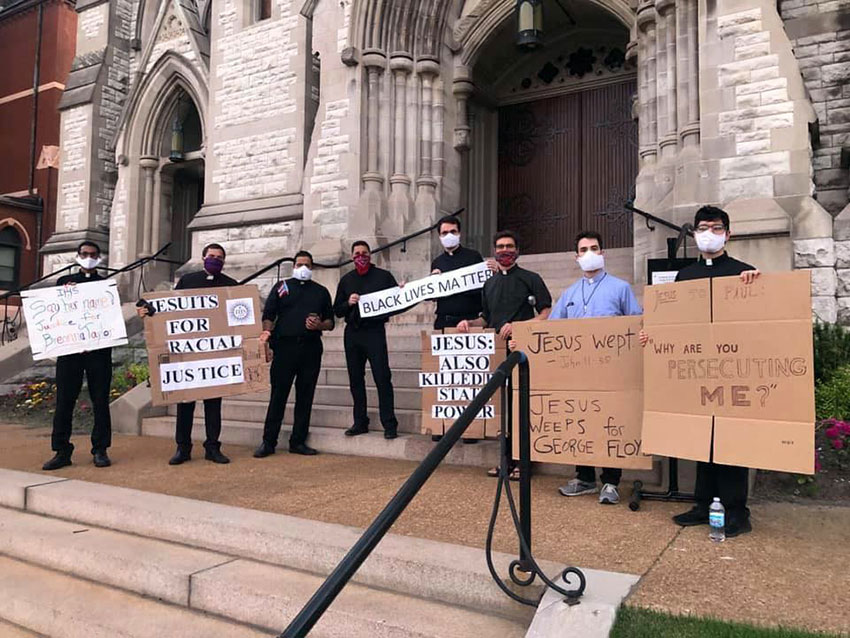 By 2018, parish leadership sensed a need to direct a more focused scrutiny on the structure, services, culture, and environment of the College Church toward the goal of becoming an antiracist congregation. The lessons of the Ferguson uprising were sinking in, only to be compounded later by the lessons of 2020 and the serial killing of unarmed African Americans around the nation. To undertake this internal institutional appraisal, the parish created an Antiracism Team. With the assistance of the Crossroads Antiracism Training Organization, focus groups were organized to assess parishioners’ views and experiences relative to racism. Members of the Antiracism Team underwent training, offered by Crossroads, designed to dismantle racism and made use of a self-evaluative tool to enable the process of change. As a consequence of that training, antiracism has been incorporated as a priority into the parish strategic plan.

Members of the Antiracism Team are exploring ways in which to conduct a parish racial equity review, and parishioners are increasingly intentional about infusing all church activities with a spirit of antiracism. “This is an opportunity to see how we enable racism and white supremacy, even when our intention is to be inclusive,” says Katie Jansen-Larsen, parish administrator. “We want to understand how we limit God and God’s abundant love and determine how we can more fully acknowledge the gifts of all.” 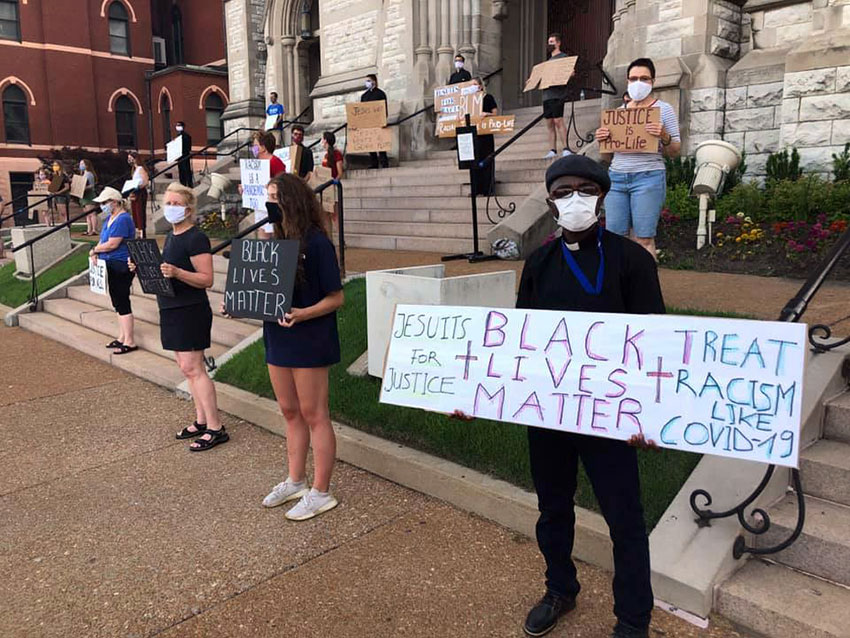 Developing partnerships has been a critical component of the growth of antiracism efforts at St. Francis Xavier. Collaboration with the North City Deanery, its member parishes, which represent the concentration of predominantly Black parishes in St. Louis, and the deanery’s Interracial Relations Committee has led to a greater awareness of the rich history of African American Catholics and functions to ensure accountability, on the part of College Church, to the broader community. Productive relationships have also been forged with the St. Louis archdiocesan Peace and Justice Commission and its Office of Racial Harmony, as well as with other community partners who work to impact public policy in support of disadvantaged and marginalized people.

Inspired by its pastor’s homilies that decry racism and mindful of the hard truths uncovered by the Slavery, History, Memory, and Reconciliation project, College Church parishioners strive to answer the call to fully live the Gospel as a multicultural, antiracist, and faith-filled community.

JCCU Pastoral
Share this Post:
“SKAC is valuable because God works through it” – The Catholic Student Centre in Zagreb
Accompanying youth in a rollercoaster
Posted by Communications Office - Editor in Curia Generalizia