In 2002, a group of Garo tribal refugees approached me to be their attorney in a Public Interest Litigation (PIL) in the Gauhati High Court. They represented over 10 000 refugees living in Sojong village in the Karbi Anglong District of Assam. The government of India had allotted the forest land for their dwelling in 1947. The state government wanted to evict them in 2002, claiming they had occupied reserved forest land. On May 22, 2005, the court directed the government not to disturb their possession until an objective decision was taken. To date they enjoy possession.

A handful of Jesuit lawyers have similarly not only taken up individual cases for the protection of civil and political rights but are also engaged in protection of the socio-economic and cultural rights of the poor, the marginalised, and the vulnerable.

Since 2007, I have worked to obtain the Minority Status Certificate for over 300 educational institutions in Northeast India. Jesuit lawyer K. M. Joseph of Patna Province has been defending the rights of minorities and resisting the interference of the state in the administration of their educational institutions in central India. He has also successfully freed several bonded labourers from the clutches of landlords. The Jesuit lawyers of Madurai Province, through Legal Action, Advocacy Services (LAAS), have been fighting similar battles to free bonded labourers and claim equal rights for Dalits.

Jesuit lawyers actively defending the rights of the poor have inspired other religious to take up legal ministry. Of over 1000 law graduates in India who are religious, about 300 are practising in various courts. Of some 80 Jesuit law graduates, 20 are actively engaged as lawyers, while others are making use of their studies in the apostolate assigned to them, with special focus on rural areas. 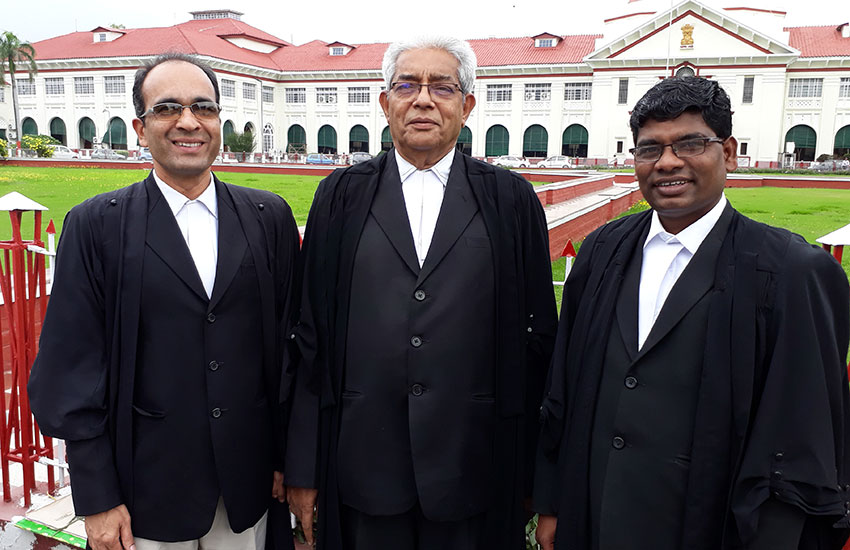 In 2004, the Bar Council of India refused the entry of priests and nuns into the legal profession, stating that their very way of life is a profession and an advocate cannot practice two professions simultaneously. After 14 years, on September 15, 2017, the Supreme Court of India upheld the order of the Kerala High Court stating, “Legally qualified religious can practice as advocates and there is no bar on them in doing so.” The presiding judge in the High Court had said, “I feel that the entry of such persons, will only add lustre to the profession. The profession needs selfless dedicated persons to take up the causes of the downtrodden and of environmental protection, without being concerned with the fee paid.”

Creating legal awareness through legal literacy sessions and publications disseminating useful legal information had a multiplier effect on other institutions. They too published booklets to educate the masses on various legal remedies in simple non-legal language. When the law on “the right of children to free and compulsory education” was enacted, UNICEF invited Kohima Region’s Legal Cell for Human Rights to conduct 100 sessions in rural areas to disseminate legal provisions on this legislation. In some centres, Jesuit lawyers have been training Para-Legal Persons, who take the law straight to people’s homes. Formal training and field work perfected their skills in helping people to claim their rights.

In 2017, the Karnataka Province established St. Joseph’s College of Law (SJCL), the first Jesuit Law College. To expose students to real challenges, the rigorous contemporary-progressive curriculum is designed with the needs of modern-day legal education kept in mind. 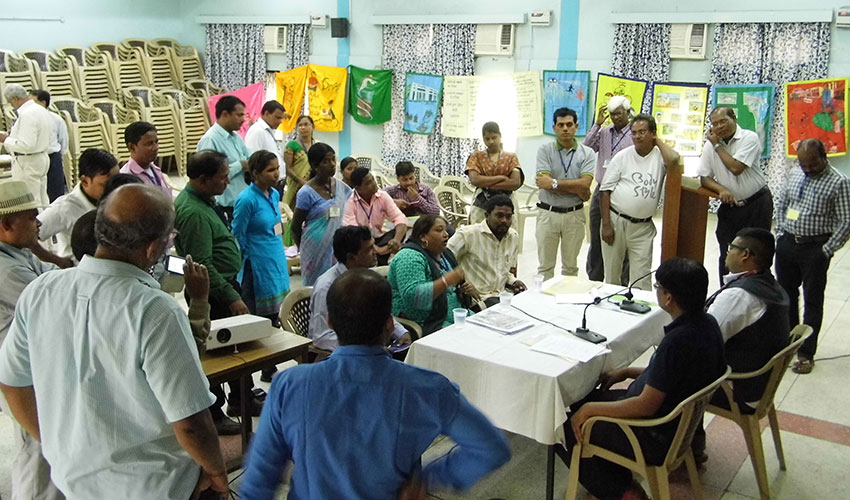 Inspired by the spirit of GC 32 and moved by the plight of the poor tribals in Gujarat, the first Jesuit lawyer in India, P. D. Mathew, conceived the idea of giving legal aid to the poor and studied law in 1976. In 1981, his legal aid programme at Indian Social Institute Delhi grew as the Department of Human Rights & Training. It facilitated PILs to uphold the human rights of the voiceless, especially bonded and child labourers. Travelling to even the remotest places in the country, he trained persons to become “first-aid lawyers.” Over 250 small booklets in a legal education series have gained popularity even among educated people. Thus, his endeavour brought the law to the doorsteps of ordinary people in their own language. The modest monthly legal magazine, in easily understandable language, started in April 1984 has grown into a monthly periodical called Legal News & Views.

In September 2018, responding to the increasing violation of human rights under the right-wing government in Delhi, the Indian Social Institute Delhi established the Centre for Human Rights & Law (CHRL) to intervene in issues and problems faced by minorities, women, children, tribals, Dalits, and other excluded sections of society. While creating awareness and promoting human rights through literacy sessions, training, and networking and encouraging dispute resolution out of court, CHRL will take up inevitable litigations and provide support to like-minded organizations.

These varied efforts of the Karnataka Province and Kohima Region on legal assistance, instruction, and training help the disadvantaged find their own voices and make them clearly heard. In the presence of inequality, we in the Province continue to join our voices with those discriminated against and together call for justice and work towards a better India.

JCSA India SJES
Share this Post:
“We form a single apostolic body” (Father General to the Jesuits of Haiti)
Cardinal Ravasi – Leadership and a Culture of Synodality
Posted by Communications Office - Editor in Curia Generalizia