4. St. Ignatius and the Kingdom of Kongo

From what Ignatius would have known, the Kingdom of Kongo on the western part of central Africa (not to be confused with modern-day Democratic Republic of Congo or the Republic of Congo) was just another location in Ethiopia. The designation “Ethiopia” referred to a large part of the African continent, rather like what passes for sub-Saharan Africa today. Ignatius, like others, used “Africa” more specifically when referring to the part of the continent north of the Sahara. Hence, in his July 1550 letter to Juan de Vega (1507-58), viceroy of Sicily, who was commanding a campaign in today’s Tunis, Ignatius addressed himself to “the army in Africa.” Other early Jesuits followed this usage, casually referring to every place in sub-Saharan Africa as Ethiopia. In a 1561 letter, for example, the Jesuit priest André Fernandes wrote: “I am here in Kaffraria, that is in Ethiopia, not far from the Cape of Good Hope.”

In this general understanding, the first Jesuits sent to Kongo thought of themselves as going to Ethiopia. Kongo was the only Catholic kingdom in the whole of Africa. The kings of Kongo had direct control over the operations of the church. They appealed for priests in Lisbon and Rome, and the newly established Society of Jesus was called upon to supply the required missionaries. In 1548, the first four Jesuits reached Mbanza-Kongo, the capital of Kongo. This was achieved largely through the mediation of the Kongolese priest and ambassador Diogo Gomes (d. 1560).

Links between Ignatius and the Kongo mission can be established through multiple sources. As General, he received regular updates on Kongo from the Provincial of Portugal. In a July 1550 letter to Simon Rodrigues (1510-79), Ignatius himself included Kongo on the list of missions that could benefit from a special jubilee indulgence granted by Pope Julius III (1487-1555, r.1550-55), others including India, Brazil and, significantly, Africa.

Ambassador Gomes is the best link we have between Ignatius and Kongo. A Kongolese of Portuguese descent, Gomes entered the Society in 1549 under the name Cornelius Gomes, becoming probably the first African-born Jesuit in history. In a July 1552 letter to Ignatius, Gomes briefed the General on hopes for the Kongo mission, which was experiencing problems. Gomes most likely played a major role in the production of a Kikongo catechism that was first printed in 1556, which is believed to be the basis for a 1624 version that is still extant. In line with the instructions that Ignatius had prepared for Ethiopia, Gomes and the other Jesuits in Kongo established schools for the young. Ignatius thought highly of Gomes and even considered proposing him for appointment as patriarch for Ethiopia.

The Jesuit mission in Kongo, now under the leadership of Gomes, was mired in disputes over what ought to be correct interpretation and practice of the faith. These were matters with serious political consequences. Unable to fit in a local church that would not yield to a theology other than its own, the Jesuits left Kongo in 1555. The first Jesuit mission to begin in sub-Saharan Africa in the lifetime of St. Ignatius had also ended in his lifetime. 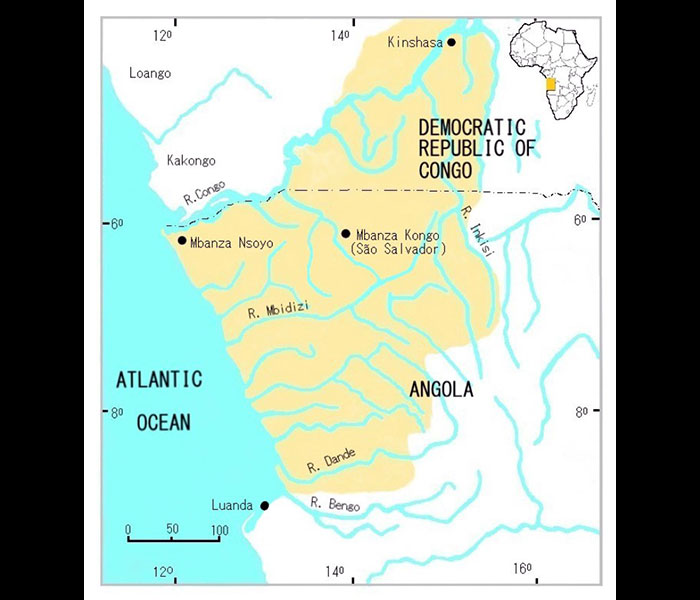 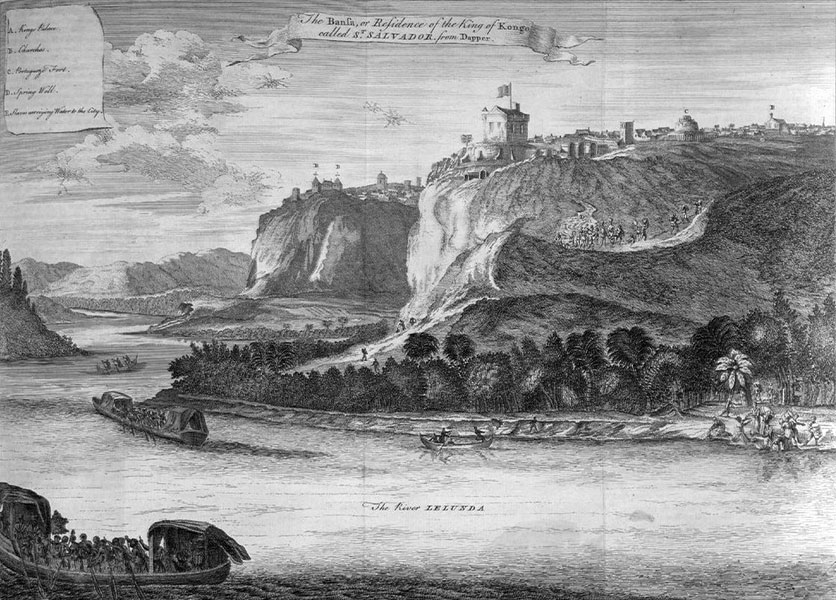 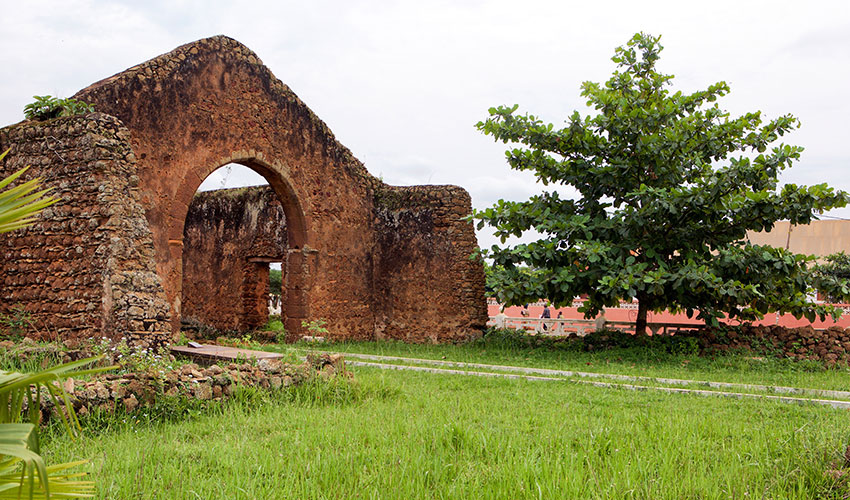 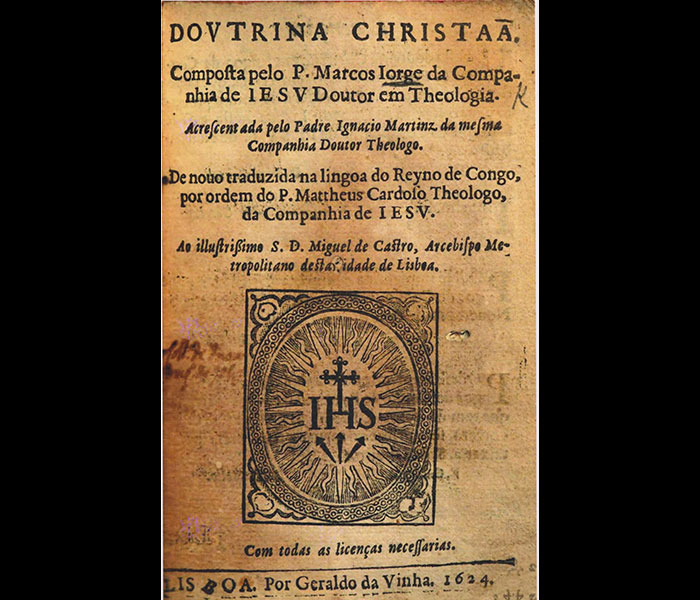 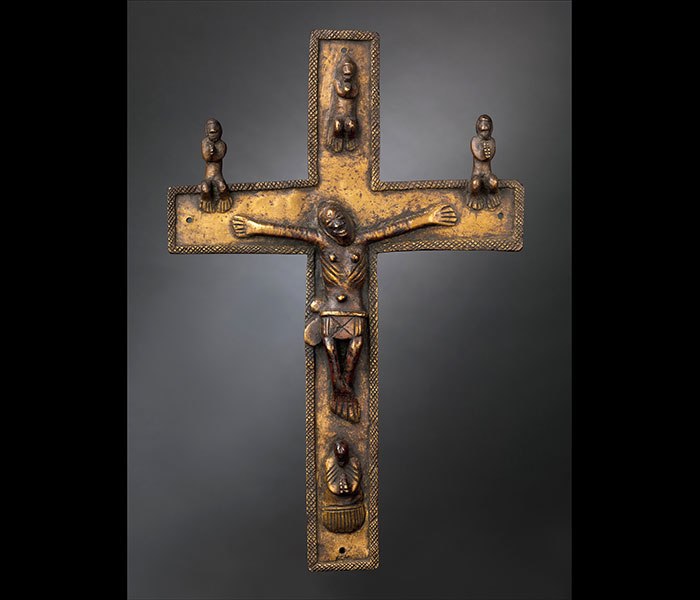 Fig. 4.5. A crucifix from the time of early evangelization in Kongo.

JCAM Curia Ignatian Year
Share this Post:
Even the Provincials “go to school”
Strong institutional support for the Jesuits in Myanmar
Posted by Communications Office - Editor in Curia Generalizia