5. St Ignatius’s influence in Sub-Saharan Africa in the 17th century

The Jesuits’ withdrawal from the Kingdom of Kongo in 1555 did not bring to an end their presence in sub-Saharan Africa. St. Ignatius’ efforts for Ethiopia were beginning to bear tentative fruit as the Jesuits established a mission there in 1557, a year after the saint’s death. Three years later, in 1560, three Jesuits entered regions that fall under Mozambique and Zimbabwe today, and four others reached Luanda in Angola on the southern border of the Kongo Kingdom.

The initial Mozambique-Zimbabwe effort lasted but shortly, ending with the martyrdom of its superior, Fr. Gonçalo da Silveira (1526-1561) at the court of the Monomotapa. Before taking up the mission in south-eastern Africa, Silveira had been Provincial superior in Goa, a post to which he had been appointed by St. Ignatius. Probably because of this link, artists have produced visual imaginations of Africa’s first and most popular Jesuit martyr being missioned to the continent by the Society’s founder. While such imaginations appear somewhat overstretched, they are not without merit since Jesuit missions on the eastern parts of Africa were always under the jurisdiction of the Province of Goa.

After the initial debacle in Mozambique and Zimbabwe, the south-eastern Africa mission was resumed in 1610 and lasted until Jesuits were expelled from Portugal and its dominions in 1759. Similarly, because of protracted Portuguese wars of conquest in south-western Africa, Jesuits could only establish significant missions in Angola in the early part of the seventeenth century. However, once they were able to do so, their missions developed considerably. Luanda, on the Atlantic coast, was their main hub. From there they extended into the interior of Angola and ministered directly to African populations. While Mateus Cardoso (1584‒1625) translated the Cartilla de la Sagrada Doctrina into Kikongo in 1624, António do Couto (d. 1666), an Angolan-born Jesuit, published another catechism in Latin, Portuguese, and Kimbundu in 1642.

Jesuits in Angola anticipated the 1622 canonization of St. Ignatius in significant ways. The famous Colégio de Jesus (College of Jesus) was opened in Luanda in that year. The college continued to educate many students of Portuguese and African descent until the suppression of the Society in Portugal and its dominions. Adjacent to the college was a large Jesuit residence and a magnificent church in baroque style, which was designed to mirror the grandeur of the Jesuit church of Il Gesú in Rome. Named Igreja de Jesus (the Church of Jesus), this edifice was thought to be the tallest concrete structure in the southern hemisphere when it was completed.

The construction of the Church of Jesus, which begun in 1612, continued for twenty-five years. Even before it was completed, the church served as the center for special Jesuit events. The beatification of Francis Xavier in 1619 was celebrated there. Most significantly, the church was the venue for elaborate celebrations of the canonizations of St. Ignatius and St. Francis Xavier on 12 March 1622. This is probably the only place in Africa where the canonization of the Jesuit founder was so magnificently marked. 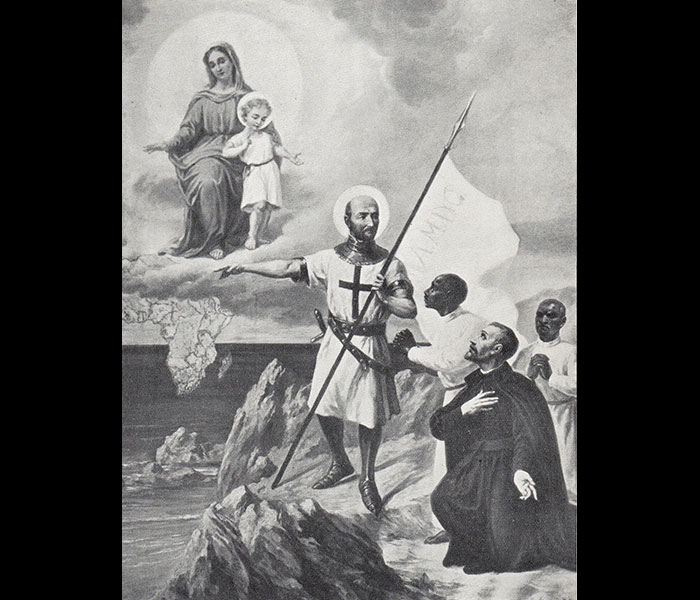 Fig. 5.1. St. Ignatius of Loyola sends Fr. Gonçalo da Silveira to East Africa, which he consecrates to Our Lady. 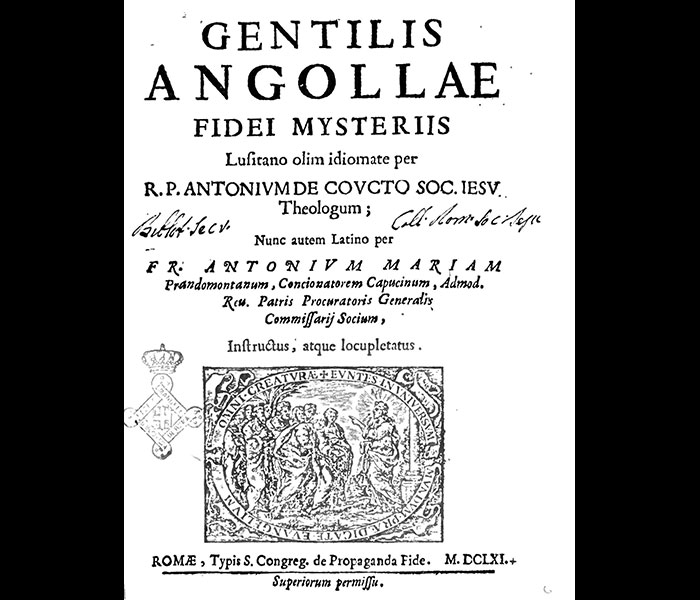 Fig. 5.2. The title page of António do Couto’s tri-lingual catechism for Angola. 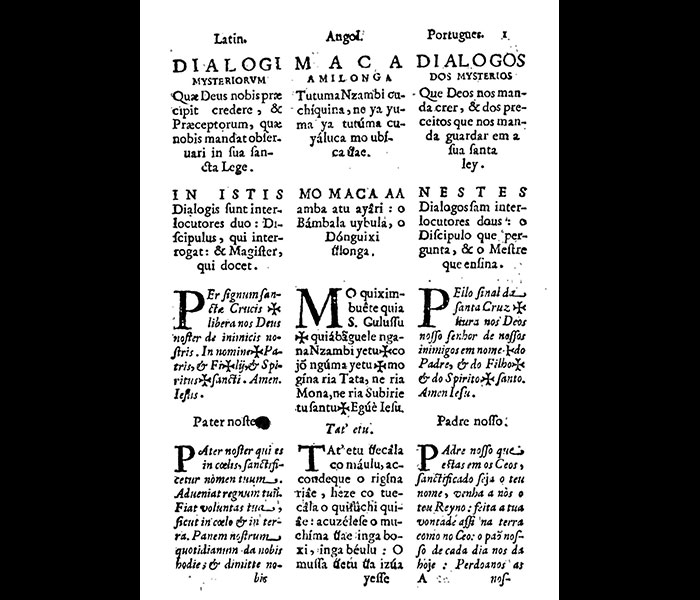 Fig. 5.3. A page from António do Couto’s tri-lingual catechism, with the Kimbundu in the middle marked as “Angol”. 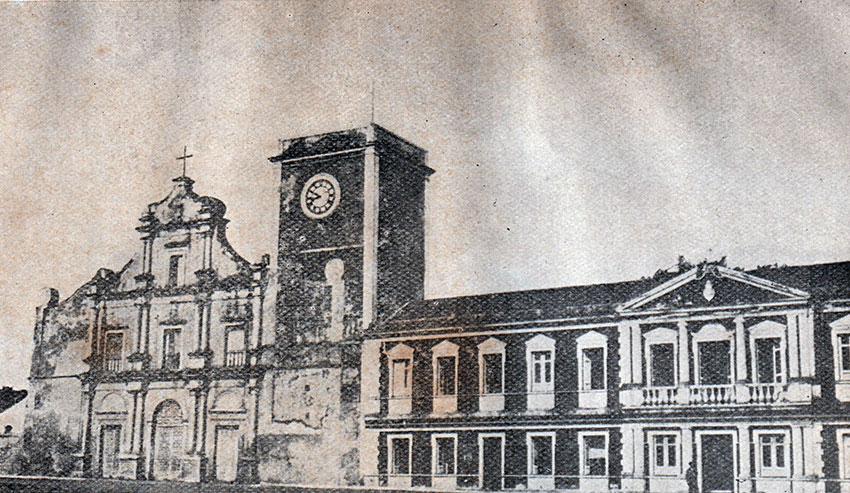 Fig. 5.4. The façade of the Church of Jesus and the Jesuit residence in Luanda. 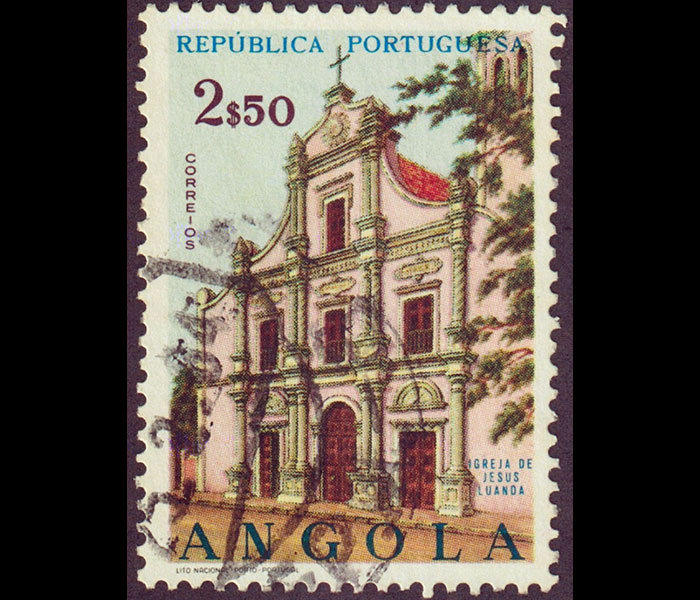 Fig. 5.5. A 1963 Portuguese postal stamp with a photo of the formerly Jesuit Church of Jesus in Luanda.